On Friday, Batman: The Killing Joke finally made it’s big screen debut, a huge event for many a Batman fan who have been waiting decades for the Alan Moore-penned graphic novel to find it’s way to feature length animation. But before the highly-anticipated screening, script writer Brian Azzarello talked about the bringing the dark tale of the Joker to a feature length format. 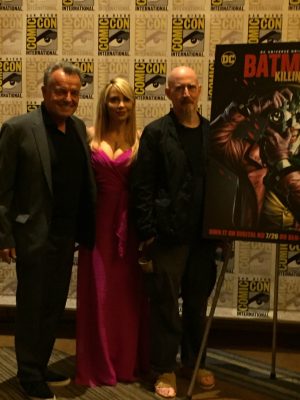 “I tried to stay true to the source material,” said Azzarello. “Bruce (Timm) was working in the trenches on this for the past year, and even he said ‘I don’t remember anymore what was in the book and what was in the script.’ So that’s good.”

Deciding to work on the script was an easy decision. When execs first approached Azzarello, he said yes immediately.

“The way I felt about it, if they were to say ‘What do you want to adapt?,’ I would have said Killing Joke. So when they came to me, I was like, ‘Yeah!.’”

Azzarello assured fans that nothing was cut in the film and that all parts of the original dark and twisted storyline are still in place.

“They submitted it and it got an R-rating like *that.* They said if you want it to be PG-13, you have to take out this, this and this. Bruce said it was a dealbreaker. Wait to you see it, it looks great.,” said Azzarello. “If it was been live action, it would have been NC-17.”

“I’ve done some animation, but watch this, and hearing my words, not just reading them, it’s incredible. It was like, wow, some of this actually has some depth to it.”

Giving Batman’s most popular nemesis a spotlight will no doubt change the perception of The Joker for folks unfamiliar with the original graphic novel. But for Azzarello, this thoughts on the madman were altered by other sources.

“My impression of the Joker has changed with the original Dark Knight…That’s when I realized he was really, really crazy and dangerous. And that might just be because Frank (Miller) drew him to look more human. It took the goofy edge off and made him a monster.”

What is it about The Killing Joke that speaks to fans?

“He’s right,” said Azzarello, “What separates us from insanity is one bad day. That’s all it takes.”

Given the importance of the graphic novel, which is considered by many to the be the quintessential Joker origin story, Azzarello was fairly calm when it came to talking about the outspoken fanbase and possible critics. 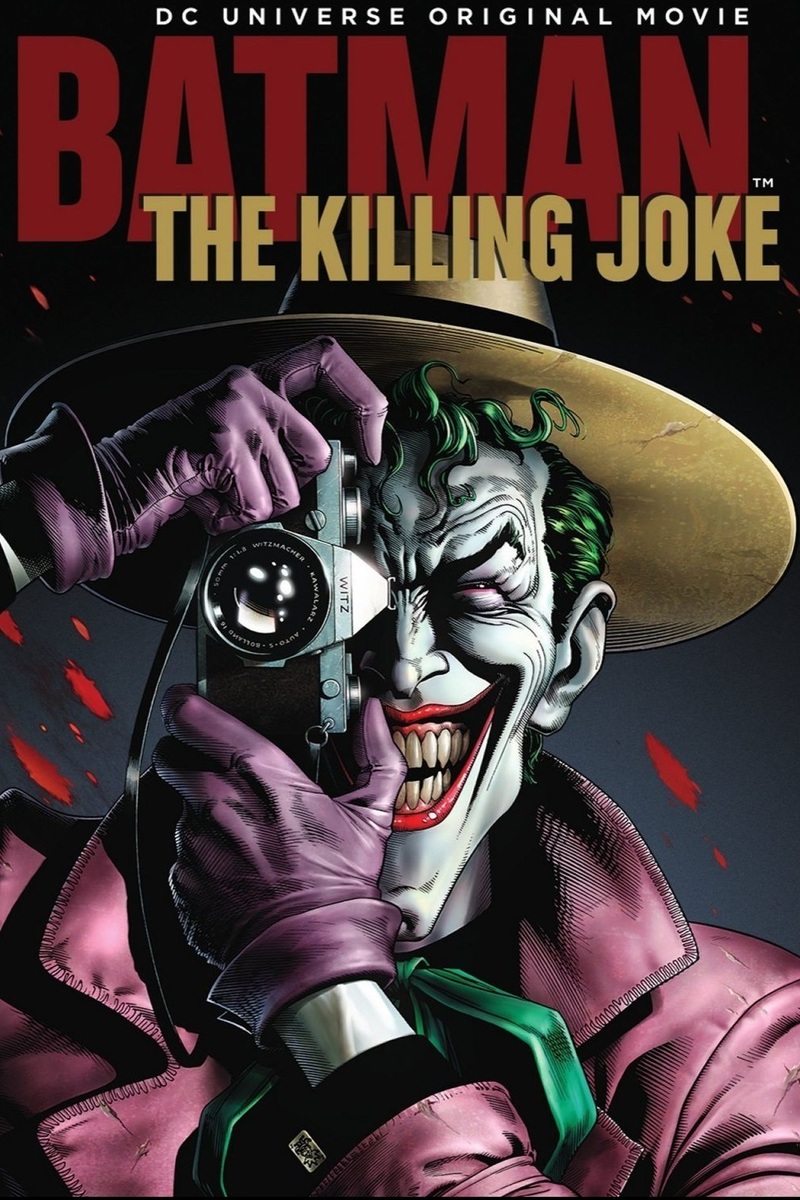 Batman: The Killing Joke is now available on Digital HD and arrives on Blu-ray and DVD on August 2