Where is my mind?

These days, often not in the best place. Not after America’s week from hell, in which black men Alton Sterling in Baton Rouge, La., and Philando Castile in Falcon Heights, Minn., were shot dead by police officers for apparently nothing.

But if that weren’t bad enough, a madman sniper shoots 11 police officers at an otherwise peaceful protest in Dallas, killing five of them.

Once again, we find ourselves in a wave of violence awash in racial injustice and the easy prevalence of guns. In a summer of 2016 that feels like the summer of 1968. In another dance of people pleading, “stop killing us,” while others preach side-stepping authoritarianism and fear cloaked in the language of virtue.

Here I am, returned to the Head on Fire, the ever-present box of black death in my mind flung open wide once more. The fire continues to rise.

As I’ve written before in this space, it’s the music that saves. And now, I have some new songs.

“Hands Up” by Blood Orange 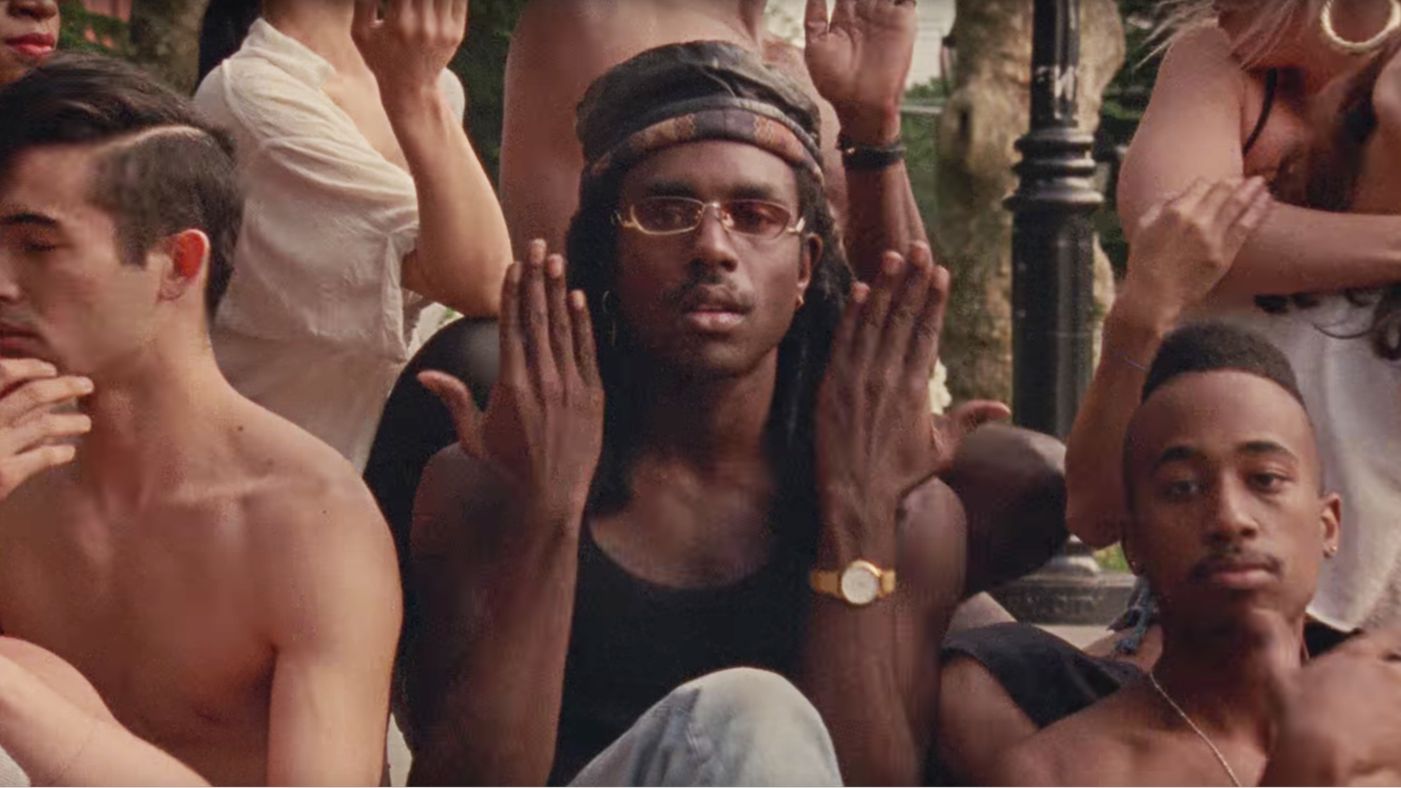 Indie rock/R&B polyglot Devonté Hynes, who records under the name Blood Orange, creates in “Hands Up” a balance of light and dark. It’s hope and fear together, the stutter-step drums against the pensive synths, the plaintive guitar solo as the song is overlaid with clips of protestors chanting the Black Lives Matter rallying cry “hands up, don’t shoot.”

“Are you OK? What’s in your way?” Hynes sings. “Are you sleeping with the lights on, baby? Keep your hood off when you’re walking ‘cause they,” referencing Trayvon Martin.

I think of reading social media posts from my other black friends, and how little they or I could sleep amid all this unrest. These are the moments when you remember that no job, no amount of money or acceptance can keep you from such unjust consequences. 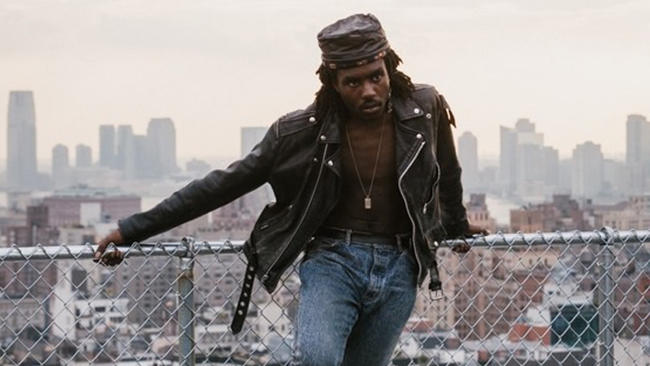 We had to step away from the news, from the images, from the needless debates over police brutality and death – an existential threat to our bodies, to the social contract holding society together.

But Hynes, in chorus, sings “Hands up, get up.” Is it a call to persist amid struggle? A wish for a parallel world where black men and women are shot down and rise again? 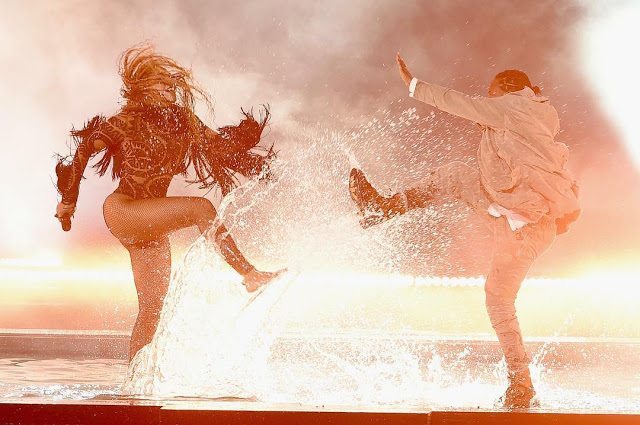 What’s left to say about Beyoncé these days? It’s been both shocking and amazing to see one of the world’s biggest pop stars lean harder and harder into exploring black female identity, some 18 years into her music career.  She’s asserting her place in the tradition set by Sojourner Truth, Zora Neale Hurston, Alice Walker, Audre Lorde, Toni Morrison, Maya Angelou and many, many others in describing black women’s double burden of racism and sexism.

For black women, they suffer these injustices both from whites, and from the black men whose state-sanctioned destruction they all too often must witness, and whose liberation they too often are called upon to fight for at their own expense.

In Lemonade, Beyoncé weaves a story of marital infidelity as a metaphor for the double yoke of American black womanhood into a work as fierce as it is gorgeous and raw.

“Freedom! Freedom! I can’t move / Freedom, cut me loose! / Freedom! Freedom! Where are you? / Cause I need freedom too! / I break chains all by myself / Won’t let my freedom rot in hell / Hey! I’ma keep running / ’Cause a winner don’t quit on themselves.”

When I need that extra lift, the video for “Freedom” on the Lemonade visual album is intense enough, as Beyonce links the precarious position of American black women by featuring the mothers of Eric Garner, Michael Brown and Trayvon Martin with photos of their deceased sons.

On her current Formation World Tour, Beyoncé introduces the song alongside a list of names of black men and women improperly killed in interactions with police. She led the audience in a moment of silence for Sterling and Castile last week.

But before our week in hell, Beyoncé and Kendrick teamed up in person to open the BET Awards on June 26, bringing the fire – figuratively and literally – amid martial drums and a clip from Martin Luther King Jr.’s “I have a dream” speech. But not the talk of the dream, but the talk of how black Americans have arrived to “cash this check” of freedom promised in the Declaration of Independence and the Constitution.

Calling upon Yoruba imagery of the goddess Oshun, Beyoncé and her dancers kick the waves and yell to the open air as fire erupts behind them. All of this as Kendrick Lamar emerges from the floor and says, “Meet you at the finish line / Forty acres, give me mine,” tying the goal of black liberation with reparations and revolution.

If we thought their unapologetically black one-two punch at the Super Bowl and Grammys this year was enough, Beyoncé and Kendrick swing all the haymakers at the BET Awards.

This was the “indoor” discussion, broadcast live in Viacom’s family of networks. If you were tuning in to Nickelodeon for Friends reruns, this is what you got instead: Kendrick spitting fire about mass incarceration as Beyoncé stood behind him bathed in fire and winged arms. 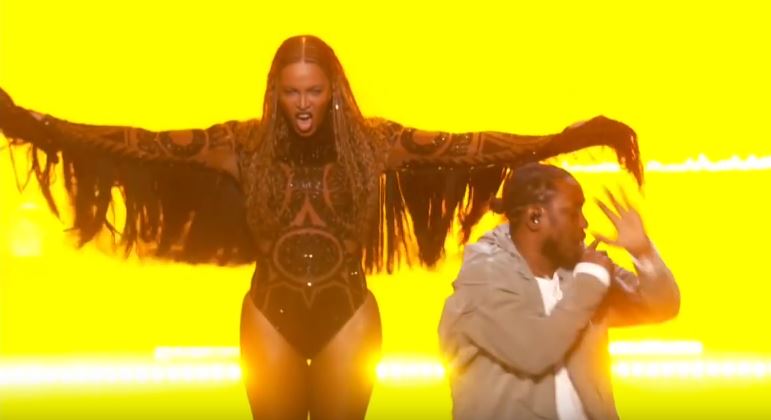 Kendrick was He-Man, and Beyoncé the Sorceress keeping all the secrets and powers of Greyskull from those who would steal them and name himself master of the universe.

Watching them dance side by side in the water and fire, I felt the power of the moment. At the time that Sunday night at the end of June, I felt I was watching something special happen.

I recorded the event live, to fast-forward through the award show filler (I still hate award shows) later on. But as I watched Beyoncé and Kendrick live before clicking away, I knew this also was for safe keeping on the DVR.

“You’ll need this for later,” I thought.

Little did I know how soon later would come.