This Friday marks the release of the third film in the alternate Kelvin timeline Star Trek series.  And to be honest, after the stumble that was the second film, Star Trek: Into Darkness, I was more than a little concerned about the new Star Trek Beyond.  But, thankfully, positive reviews have been appearing with regularity, so it might be time to break out the Romulan ale and celebrate.

But, there are two things that will unquestionably pull at your heartstrings and tone down the celebration.  The first is the recent, untimely passing of actor Anton Yelchin who portrays Ensign Pavel Chekov in the new series.  And the second, is the passing of the great Leonard Nimoy, who appeared in the first two Kelvin films bridging them with the classic series.  Nimoy reprised his role of Spock in both films and served as a friend and mentor to Zachary Quinto, the actor who took on the role of the half-human, half-Vulcan science officer.

To acknowledge the work of Nimoy and celebrate all things Trek, we’ve teamed with our friends at TV Store Online to give away a shirt to two FOG! readers. 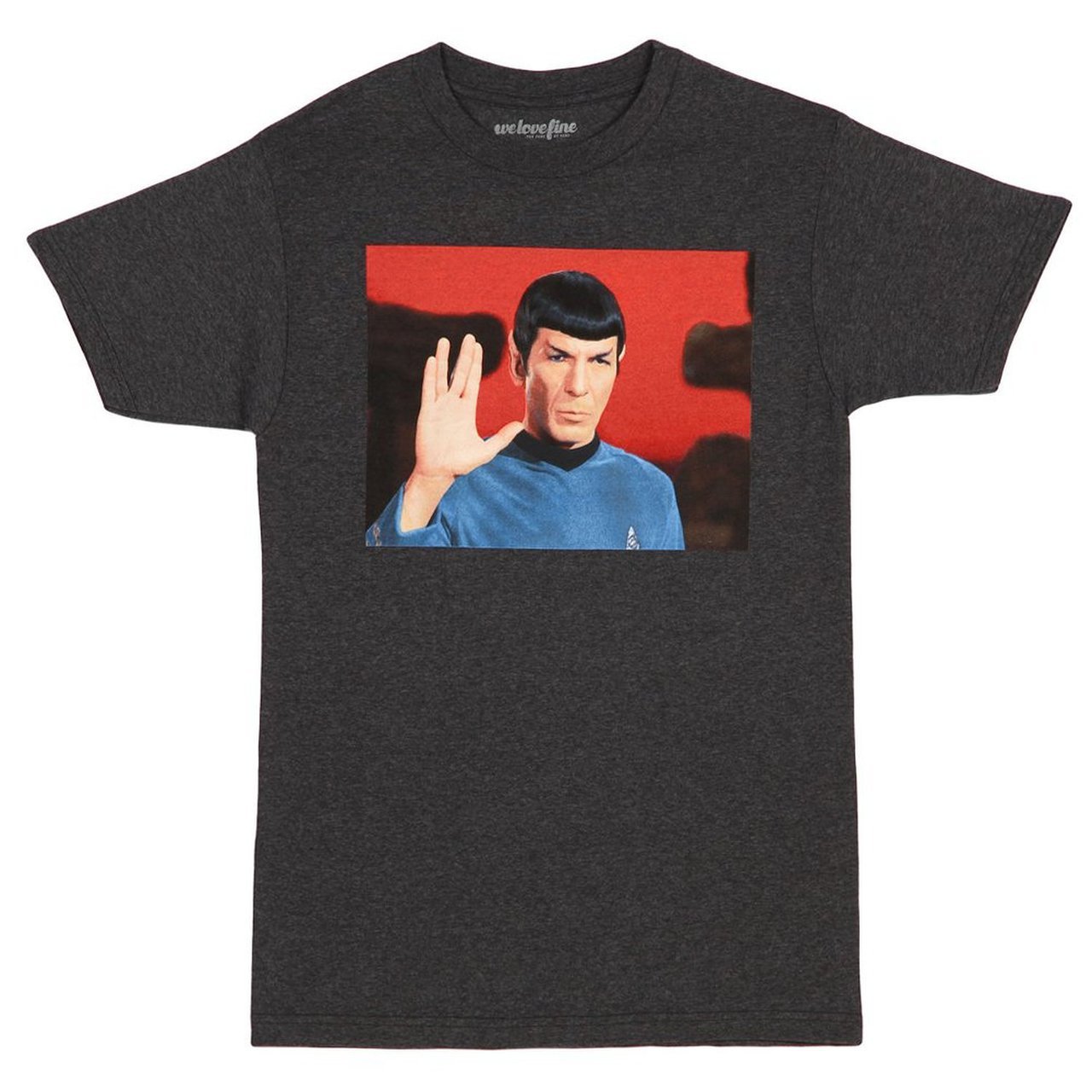 The Vulcan Salute T-Shirt, features an image of Nimoy as Spock from the original series.  The officially licensed shirt comes in charcoal heather and is made from 50% Cotton / 50% Polyester.

To enter, please send an email with the subject header “VULCAN SALUTE” to geekcontest @ gmail dot com and answer the following:

What is the color of Vulcan blood?

Please include your name, size (Adult S-XXXL) and address (U.S. Residents only. You must be 18 years old).