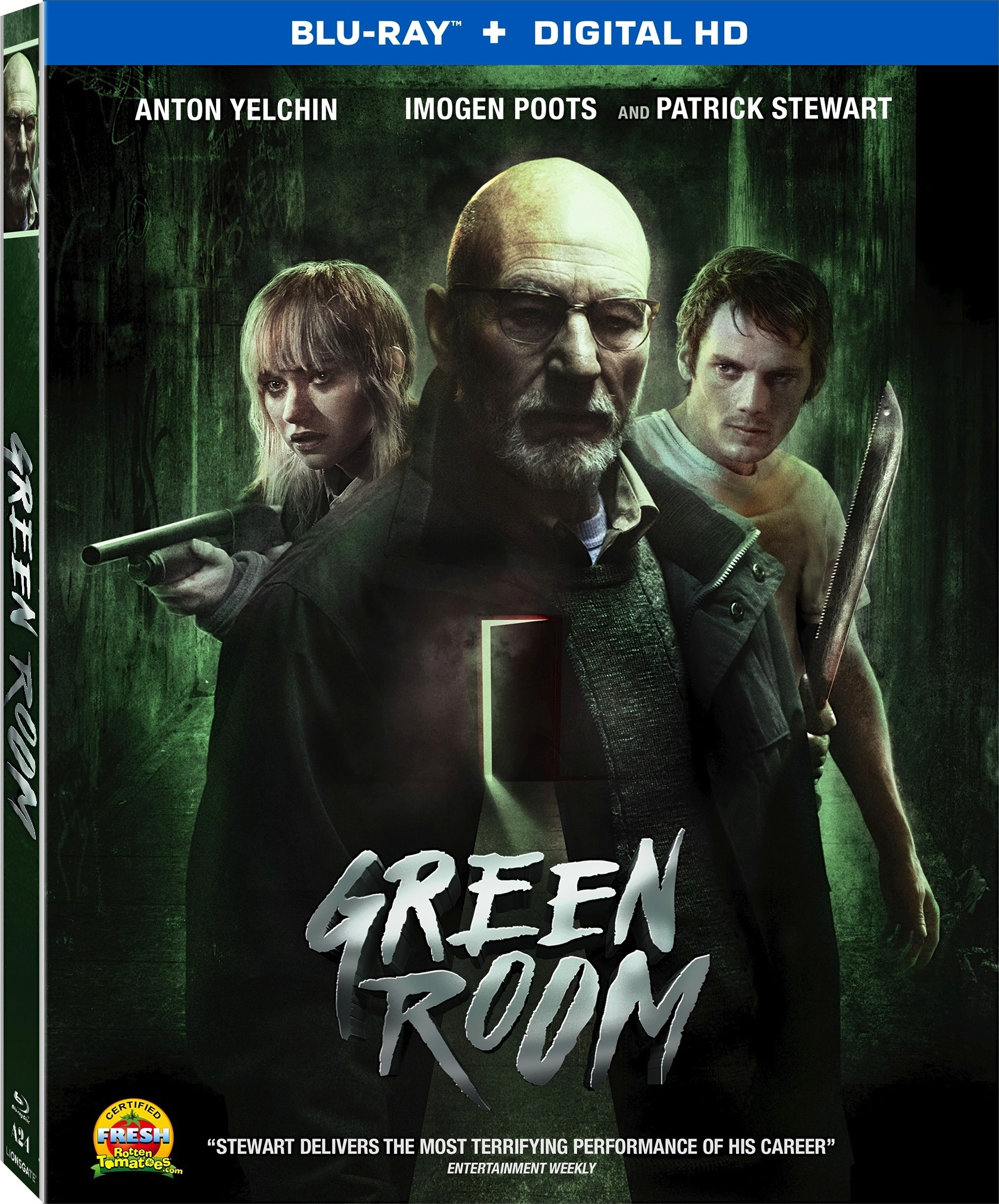 Theatrically released by A24, and written and directed by Jeremy Saulnier (who achieved critical success with Blue Ruin), Green Room is a film that critics are calling “the best screw-tightening siege movie of the year” (Rolling Stone). Rotten Tomatoes Certified Fresh, the award-winning film stars Golden Globe® nominee Patrick Stewart (X-Men: Days of Future Past) in a role ”that’s as cool as it is evil” (Bloody Disgusting) and will haunt audiences well past the closing credits. The “delightfully nasty horror chiller” (Chicago Sun-Times) also stars Anton Yelchin (Star Trek Beyond), Imogen Poots (Fright Night), Alia Shawkat (The Final Girls), Joe Cole (Secret in Their Eyes), and Callum Turner (Queen & Country).

After witnessing a shocking crime, a young rock band is unexpectedly thrust into a life-or-death battle to escape the clutches of a diabolical club owner (Stewart) and his ruthless henchmen in this white-knuckle thriller.

And we’re giving away a copy to a FOG! reader!

To enter, please send an email with the subject header “GREEN ROOM” to geekcontest @ gmail dot com and answer the following: