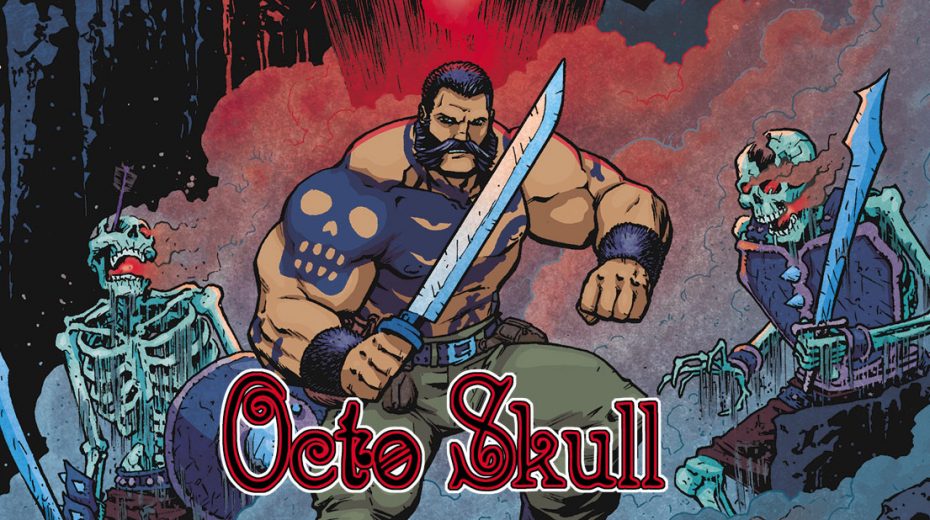 Rock and Roll. Comics. Rock and Comics, our “old alma mater,” as Chuck Berry once said!

Matt Horak (The Covenant, Thundarr The Barbarian Fan Comic ) joins us to talk about the fusing of guitar pedals and the comic stories that back them up.

Earthquake Devices have commissioned Matt to drum up some interesting stories to market their effects pedals, and gives us a peek at the first story, OctoSkull.

FOG!: Thanks for joining us, Matt. I’m not a guitarist but thought this was an interesting project. Please tell me first about your guitar pedal company. 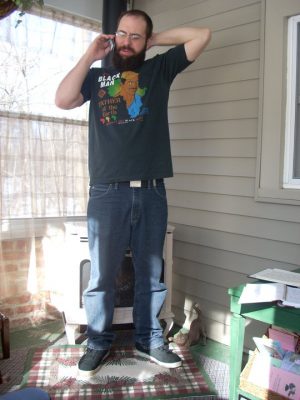 Matt Horak: EarthQuaker Devices began when our illustrious founder, Jamie Stillman, attempted to fix one of his broken pedals. This led to him building some of his own pedals and selling them online. Flash forward 10 years and EQD has a line of 30+ pedals and 30+ employees.

Initially Jamie came up with the artwork for the pedals but as the company grew he needs to hand off some responsibilities and since I was already working there, I took over art duties.

What is the connection with comics and the pedals?

All of our pedals have interesting names and I had been rolling the idea around in my head of using them as characters in a comic for a while. I eventually sat down and tried to figure out a story with them and it all fell in to place. Most are just riffs on the names but some subtly refer to the effects the pedals produce.

We’ve seen your art on Rob Liefeld’s The Covenant and also some other projects. How did you break into comics?

I knew I wanted to draw comics for as long as I knew people did that for a living. From about 12 years old I went to conventions and showed my work to anyone that would look at it. I did that for about 30 years until I was at NYCC one year and I showed a Thundarr mini-comic I had done to Rob Liefeld. He liked it enough to eventually ask me to draw The Covenant. Now I am all up in the biz.

Is this your first comic as a writer? As a writer artist?

I have written and drawn some of my own projects that are in various stages but have yet to see the light of day. I also recently wrote and drew a short story featuring Dr. Crowe, I character I co-created with Corey Fryia, that will be coming out later this year from 215 Ink.

Octo Skull is the first longer book I’ve written and it’s been great. I love purposely not writing cars and buildings into the story so I don’t have to draw them.

How is the comic going to be released?

Octo Skull will be serialized on the EarthQuaker Devices website starting with a five page prologue on September 1st, followed by a new page every Tuesday and Thursday.

The first chapter is 23 pages long, once that runs online we will be putting out a print version which will be available through our website, at shows, and potentially at your local comic store. Then load up the next chapter and do it all again. 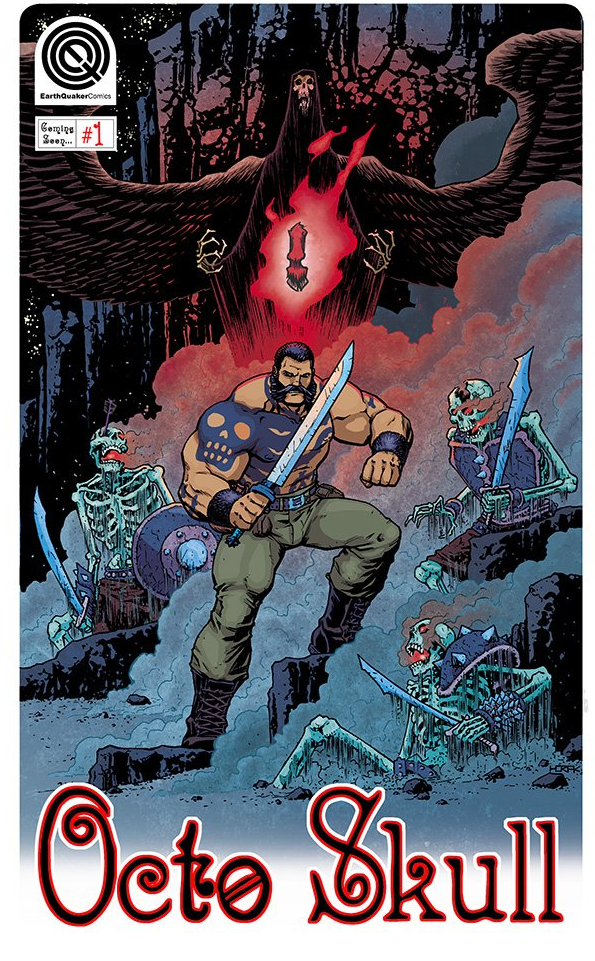 What are your most popular pedals and are there stories related to each one?

Each pedal is created by Jamie and they all start with either a dumb sound idea or backwards engineering a desired effect, often involving technical stuff that makes my eyes glaze over. Our flagship pedal is the Hoof, a muff style fuzz. The narrative of the comic kind of revolves around the power of that object. Some of our other MVPs are the Afterneath, an otherworldly reverberator, and the Rainbow Machine, a pitch shifter.

In the comic, the Afterneath is a vast underground cave system that is outside of regular time and space, and the majority of the second chapter takes place there. The Rainbow Machine’s role in the comic is a secret for now, but I will mention that the pedal does have a knob entitled “Magic”.

How are you putting personality into the effects pedals and writing the story? Are you imagining transforming sound as a parallel to transforming a character over a story arc?

Overall I am mostly using the names of the pedals to inspire the characters and objects in the comic. The sounds they produce do come into play though, the dialogue is sprinkled with references to the descriptions of the pedals in our catalog.

Our main character Octo Skull will become more powerful as he gathers more allies/objects/pedals, kind of like building a pedal board with a variety of resources to achieve a greater range of effects.

I don’t know if I can pick a favorite guitarist, I secretly hate guitarists. I’m more of a rhythm section guy. I’ve been in lots of bands and used lots of pedals but I can’t play a musical instrument, I like to improvise and experiment with sound in my ignorance. That said, Yngwie is the best.