Every once in a while, a month has a fifth Wednesday, which means today was a light week for DC titles. But it’s going to make more than a freak calendar accident to slow me down.

So without further adieu here we go kids! 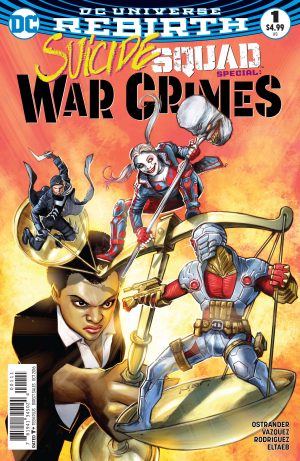 This is the return of John Ostrander to writing Suicide Squad. And you know? The story is pretty excellent.

I have always enjoyed Ostrander’s writing. The problem with this issue isn’t the story, it’s the art.

Let’s talk about the good points I mentioned. Ostrander not only tells a good tale, he’s got the characters down pretty well.

He has never written Harley Quinn for example, but he takes to her quite quickly. He introduces us to Strikeforce: Europa and it’s done in a funny way that is also rooted in politics. I love his writing and hope he continues on.

That’s what makes the art so disappointing. Luke McDonnell on the original series was great and he and Ostrander worked together to form a great story. The art here is not very inspired and detracts from an otherwise great tale.

But pick this up. This is the Suicide Squad written right. It’s for sure superior to the other titles on the stand that bear the title “Suicide Squad.” 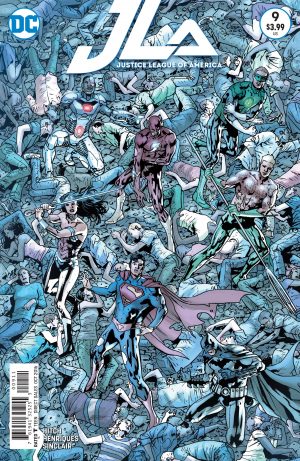 Written and Illustrated by Bryan Hitch
Published by DC Comics

So, I haven’t been a fan of any JLA title Bryan Hitch has worked on.

To me, he’s not really the writer for it. His tales are predictable, obvious and most of the time just dull.

His art has also been somewhat dull too. DC handed him over the keys to the Kingdom and he hasn’t done much with it except double down on dullness.

This story continues the story that was put on hiatus a few months back. It isn’t very good HOWEVER the art is much better than Hitch has been giving us lately.

In fact, this book is BEAUTIFUL to look at. Given a good writer? This could be great. But pick it up for the art alone, the rest is just not very compelling. 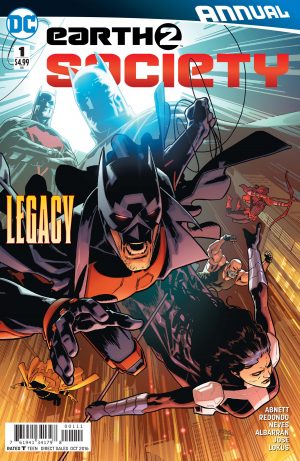 I have to be honest: I haven’t read any of the Earth 2 comics before reading this. So I wasn’t completely lost, but I was missing some information coming in. Still, this wasn’t terrible.

For those of you who read this column, you all know I Haven’t been too favorable to Dan Abnett. He just doesn’t do it for me. Here, he writes a decent enough tale that is actually a lot better than most of his recent writing.

This issue focuses on Dick Grayson becoming Batman and living up to the legend. Can he do it?

I actually found this story rather compelling, much more so than the recent efforts with the same themes.

The art is pretty regal on this too. I enjoyed it a lot more than I thought. Again, I haven’t picked up Earth Two but maybe I should start? 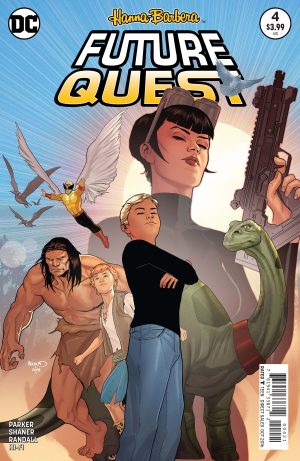 The Hanna Barbera titles for DC have been completely nuts. And I mean NUTS. The one bright spot is Future Quest written by Jeff Parker. He is a bit affectionate for the characters that he writes and it shows.

The great thing about this is that it’s a shared universe for the futuristic Hanna Barbera characters. And it’s fun! I love the story. It’s a perfectly wacky tale about a power being awakened in South Africa and how Team Quest and Birdman race to get there before F.E.A.R. does.

There’s a lot of great things here. The story moves and the art is well done. They should probably cancel all of the other Hanna Barbera titles and keep this one open. This is how they all should be. 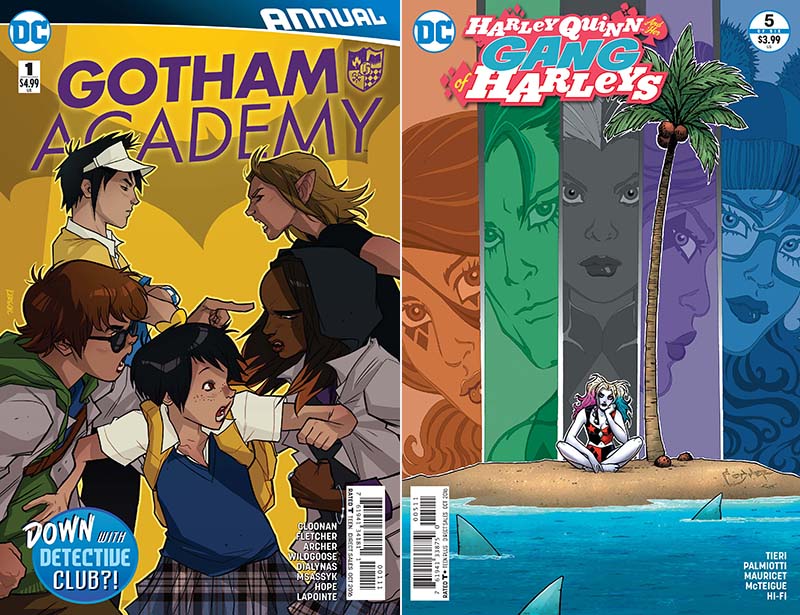 These are both another two books I really haven’t read before this. So I gave them both a chance.

They were both very fun but just not for me. However, I am a crabby old man and these books did have a lot to offer a  different comic book fan.

The writing and art on both of these are very solid and strong enough. I enjoyed what I could of them.

I also applaud DC for making a diverse line. This is part of that diversity.

Pick these books up if you are fans of either. For me, they are decent but not really in my wheelhouse.