Welcome back to Graphic Breakdown! This week non DC titles were a bit slow, and I can’t find it in my heart to review Civil War over at Marvel.

So we are going to focus on books I enjoy to read again, that I have either bought or read recently. 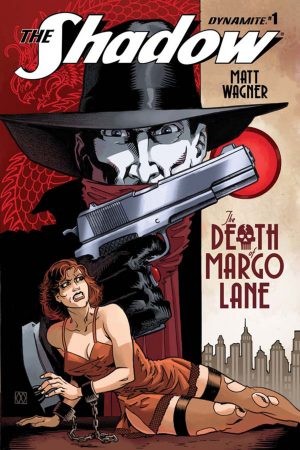 The Shadow: The Death Of Margo Lane #1-3

Written and Illustrated by Matt Wagner
Published by Dynamite Entertainment

This is the first three of  Matt Wagner’s five issue run of The Shadow, both writing and illustrating the story The Death Of Margo Lane. And honestly, it’s great. Just damn great.

As Marvel and DC continue to bore me, it’s great to see such publishers as Archie and IDW really putting out top notch work. Dynamite is no different. This is a superb story. The Shadow has to investigate what happened to his agent Margo Lane.

Wagner really knows how to put the character through his paces, His writing is strong. He also is one of the few writer/artists who can still do both equally strong. His artwork is wonderful. It fits The Shadow’s world in a unique, but classic way. I’m loving it.

After following Mage and Grendel and pretty much anything Wagner has done, it’s great to see him still producing top quality work, years after his contemporaries have faded to obscurity. Now get to work on Mage 3, Matt. But congrats on this book. 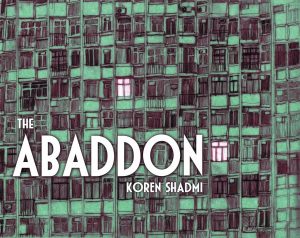 Written and Illustrated by Koren Shadmi
Published by Z2 Comics

So last week I read and reviewed a book by Koren Shadmi. I since went online and bought the rest of the books that he has either written and illustrated or just did the art on.

I read through Mike’s Place (which is an A+ book and I may review in a future column), and then read through this book in one sitting.

I loved Mike’s Place, but decided to review this as I found it to be a huge accomplishment in the comic book field.

The story is about a young man who finds himself trapped in a bizarre apartment with a group of ill matched roommates. He quickly discovers that his new home doesn’t adhere to any rational laws of nature, and poses a strange enigma — a puzzle he needs to solve in order to escape. It’s no help that both him and his roommates are missing crucial parts of their memories and identities; he must try and gather the missing pieces as he struggles to find a way out. It is based loosely on the play No Exit.

This was originally a web comic. But man, if they are producing quality like this on the web, we may have to rethink our buying strategies. Shadmi may indeed be the best writer/artist you never heard of. Pick up this book and any of his work. The writing is superb. The artwork is gorgeous. It’s so fluid you almost feel as if you are watching an old school animator plying their trade right in front of you. Emotional, brutal, powerful. This is truly something else. Anyone who can get me to read something this quick deserves an A+ 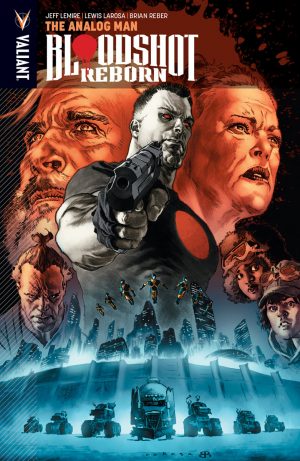 This was one of my favorite reads of the year UNTIL the last few pages.

I understand why Lemire did what he did. Still, it hardly takes away from the ride of the entire book.

This is “Old Man Logan” for Bloodshot. It may be a bit cooler though. The world has ended. Bloodshot is now outdated. He is taking care of a small group of survivors.

When their safety becomes at risk it’s up to Bloodshot to save the day…maybe one last time.

This look at the future of the Valiant Universe was bold.

Lemire writes a great story here with nice characterizations. And LaRosa is a gem of an artist. I love his work. He’s strong here, perhaps his best work.

All in all, a great story, well worth your money. Pick it up and support a great line of books. 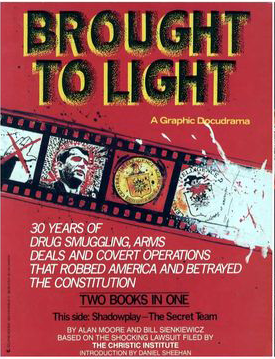 It’s taken me quite awhile to re-read this book but I am glad I did.  This is a docu-comic that I read years ago and forgotten about and decided to re-read this week. If anyone has read this, you get a prize from me. Let me know.

It’s only 74 pages long but man those 74 pages are horrifying.

Brought to Light: Thirty Years of Drug Smuggling, Arms Deals, and Covert Action is an anthology of two political graphic novels, published originally by Eclipse Comics in 1988, with a Hardcover version published in 1989.

Both stories are based on material from lawsuits filed by the Christic Institute against the US Government. The two stories are Shadowplay: The Secret Team by Alan Moore and Bill Sienkiewicz, and Flashpoint: The LA Penca Bombing documented by Martha Honey and Tony Avirgan and adapted by Joyce Brabner and Tom Yeates.

Brabner does a great job as does Yeates on the art for their portion. The Moore section with Sienkiewicz may be the best work either of them has done but not many have seen it. It’s worth tracking down and has not been reprinted.

I’m not going to lie. This book isn’t easy to swallow or get through. But man, if you do? Your perspective of where you live may be changed forever.