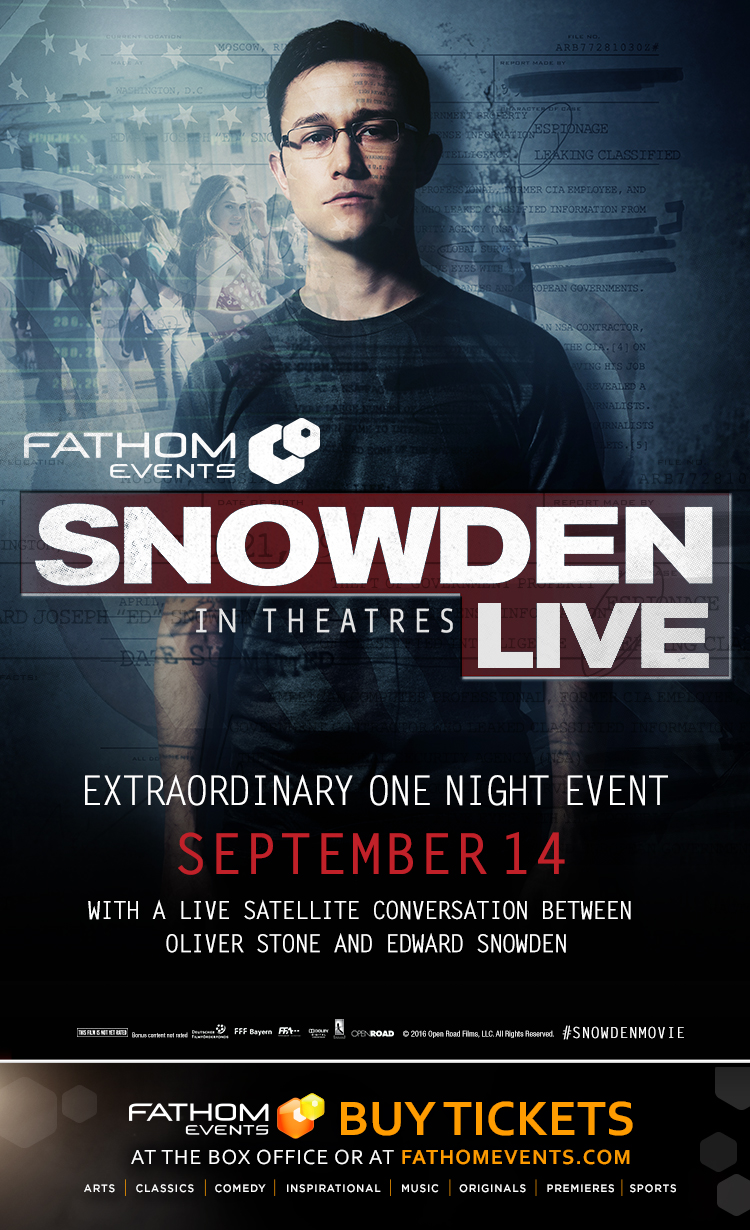 Tickets are now available for “Snowden Live,” the one-night event that will give audiences the first opportunity to view the entire highly-anticipated feature film Snowden ahead of its nationwide release. This sneak-peak experience takes place in movie theaters nationwide on Wednesday evening, September 14 at 7:30 p.m. ET / 6:30 p.m. CT and tape-delayed to 7:30 p.m. MT/PT. Presented by Fathom Events and Open Road Films, the event also includes an exclusive live conversation with Edward Snowden (via the internet) and Oliver Stone (live from NYC) immediately following the film screening.

Tickets for “Snowden Live” can be purchased online by visiting www.FathomEvents.com or at participating theater box offices. Fans throughout the U.S. will be able to enjoy the event in select movie theaters through Fathom’s Digital Broadcast Network. For a complete list of theater locations visit the Fathom Events website (theaters and participants are subject to change).