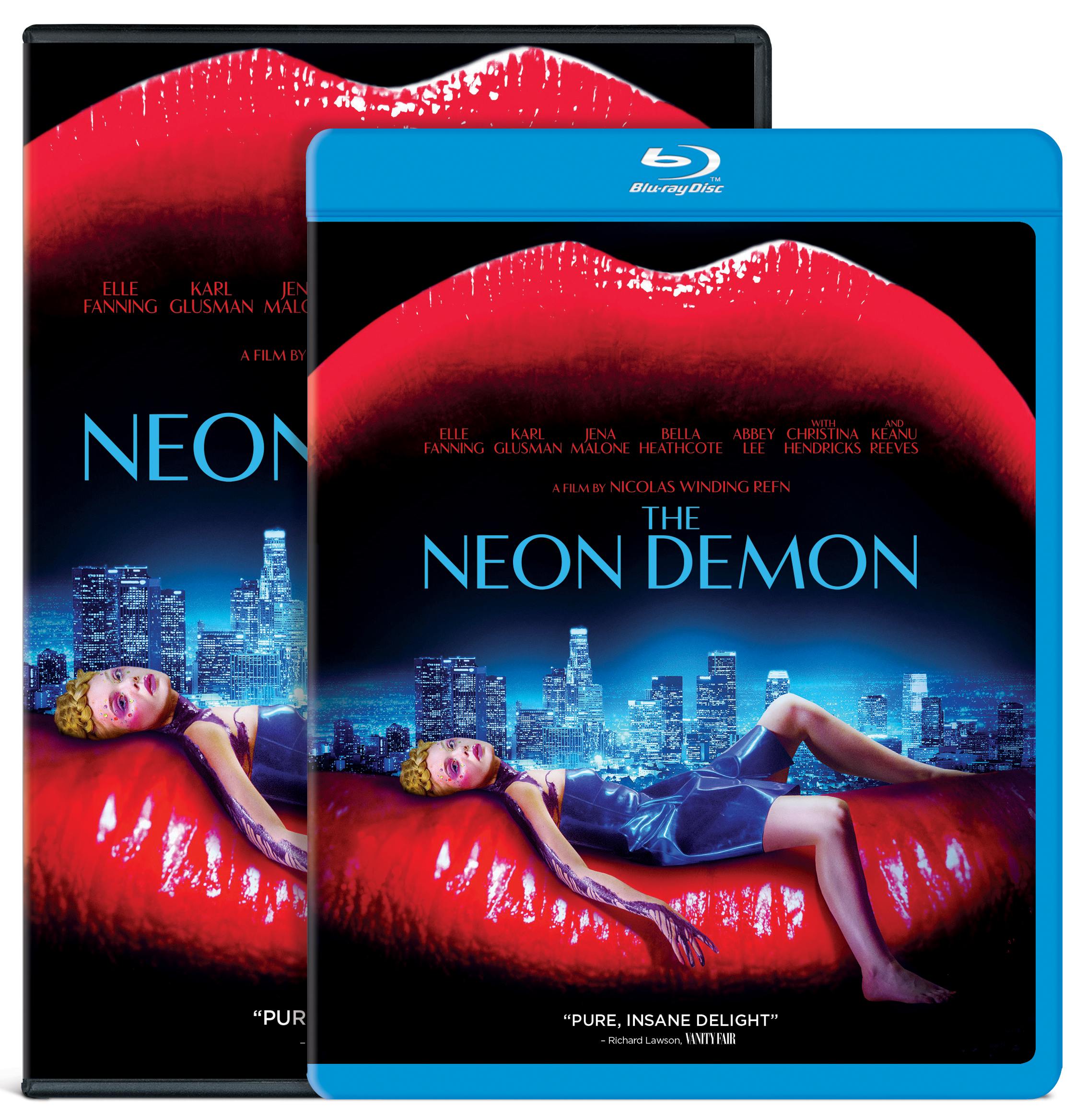 Amazon Studio’s The Neon Demon directed by Nicolas Winding Refn, is a sumptuous horror-thriller, set in the highly competitive and often vicious world of fashion modeling, where the term “eat their own” takes on a decidedly new meaning. When aspiring model Jesse moves to Los Angeles, her youth and vitality are devoured by a group of beauty-obsessed women who will use any means necessary to get what she has.  The film is co-written by Refn (Bronson, Drive, Only God Forgives, Valhalla Rising), Mary Laws (”Preacher”) and Polly Stenham; and stars Elle Fanning (Maleficent, Super 8), Karl Glusman (Love, Stonewall), Jena Malone (Inherent Vice, The Hunger Games series), Bella Heathcote (Pride and Prejudice and Zombies, Dark Shadows), Abbey Lee (Gods of Egypt, Max Max: Fury Road), with Christina Hendricks (“Mad Men,” Drive), and Keanu Reeves (John Wick, The Matrix series).

The film will be released on Digital HD & VOD on August 30 and on Blu-ray™ & DVD on September 27. Special features on the Blu-ray and DVD release include audio commentary with Director Nicolas Winding Refn and Elle Fanning, and two featurettes – “Behind the Soundtrack of The Neon Demon” and “About The Neon Demon.”

Shot in Los Angeles, the “city of dreams,” The Neon Demon, features a driving electronic soundtrack by Cliff Martinez, who previously composed the celebrated scores for Refn’s films Drive and Only God Forgives, and stunning high fashion by costume designer and past Refn collaborator Erin Benach (Drive).