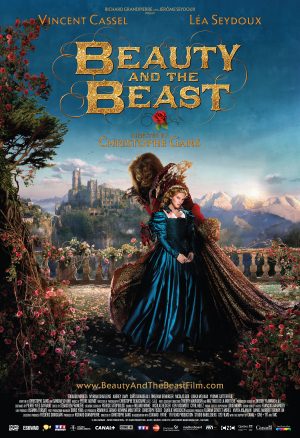 I am not surprised that Disney is finally getting around to producing a live-action version Beauty and the Beast.

After all, a generation has passed since they reaped in the box office success of their 1991 animated version, and as Disney On Ice had equal success in freezing this overdone fairy tale, a live version had to be somewhere down the road.

I even understand that the new version is being helmed by veteran hack screenwriter, Bill Condon, who directed the final two installments of the Twilight series, so you know that the 2017 take of the Gabrielle-Suzanne Barbot de Villeneuve’s fairy tale will have an even hunkier “beast” of the Taylor Lautner variety, one that has the anger of a lion, but who also brandishes a bewildered smile when he sees shiny things. The waifish Emma Watson will shine, I’m sure, as Belle unless the producers change their minds and find an actress that can be even more of a cardboard cutout.

Yes, the possibilities are endless as Disney is just dying to take a huge risk these days after the much-publicized failures of John Carter and The Lone Ranger. Perhaps Disney can attempt a live-action version that’s partially animated and on ice to hedge their bets?

Now, on the other hand, I thought that the risks associated with the 2014 French language version of Beauty and the Beast were many degrees higher, as we are not only talking about just another adaptation of the nearly four hundred year old, French-authored story of the same name, but also, to raise the risk ante, the 1946 film version directed by master director, Jean Cocteau, La Belle et la Bête, which is still deservedly regarded as one of the greatest works of not only French film history but also of the history of cinema in general. To put this in even greater perspective, imagine a new version of Casablanca starring Kristen Stewart as Ilsa Lund. Then again, let’s not, as some things are best left alone and legendary for eternity.

For the aforementioned reasons, I was quite apprehensive about watching this 2014 French-German production of Beauty and the Beast, but I felt even more concerned when I saw that it was directed by Christophe Gans, the man who gave the world Silent Hill, a painfully bland horror film that was adapted from a Konami videogame, which actually looked and had the narrative construction of a mid-2000s videogame. Yes, that good. Gans also directed the 2001 horror-action film, Brotherhood of the Wolf, which included the tasteful-CGI rendered moment where Monica Bellucci’s breasts become transformed into snow-capped mountains, or was it the other way around?

For that mess, Gans recruited Bellucci’s then full-time husband and respected actor, Vincent Cassel, who I assume liked the experience (or the money) so much that he signed on to play the titular “beast” in Gans’ recent and painfully unnecessary version of the 18th century story whose greatest sin, besides treading on cinematic hallowed grounds, is again wasting the fine acting talents of Léa Seydoux.

I first noticed Seydoux in 2008’s, La belle personne, another film adaptation of a classic French novel, La Princesse de Clèves by Madame de La Fayette. That 17th Century novel was adapted and directed by Christophe Honoré, who seemed to have produced the film as a form of a protest against French president Nicolas Sarkozy, who had issues with the relevancy of the book in contemporary society. Honoré’s adaptation was a limp failure, but Seydoux lit up the screen and remains as the only positive takeaway of that film experience. A year or so after I saw her in La belle personne, I saw Seydoux in a small but affecting teen drama, Belle épine, where the simple narrative structure allowed Seydoux to carry most of the film through her dynamic performance.

Since Belle épine, Seydoux’s selection of roles have wildly vacillated between challenging work that utilizes her immense talents like in Lumières Awards winning, Grand Central, to superficial ones such as the recent James Bond film, Spectre, where Seydoux is just employed as just another pretty face. Sadly, the 2014 model of Beauty and the Beast has Seydoux as the fantasy film equivalent of a Bond girl. Léa pouts a great deal, has her breasts pushed up to her chin, and is forced to endure some laughably poor dialog in this bland film that offers nothing in terms of adaptation to make it even slightly more relevant for today’s audience. If Gans needed a model for a more relevant transformation of a classic fairy tale that would’ve utilized Seydoux’s talents to their fullest, he didn’t have to look any further than Catherine Breillat’s 2010 take on Hans Christian Andersen’s The Sleeping Beauty.

Gans employs the same tired narrative framing as countless filmed fairy tales: a parent reading a bedtime story, which we will later find out is his or her own story, to his or her children. I could get into this said story, but you’ve seen it before, except the focus of the tragedy of this version of Beauty and the Beast is more environmentally themed than its American counterparts. This adaptation is a bit dark at times, as you do get some gore and nudity with Gans’ version that the Disney folks will probably not give you in their family-safe version coming to a multiplex near you in 2017, but when it is all said and done, you are just seeing Brotherhood of the Wolf again but with a few adorable CGI canine-like creatures running around the beast’s castle for potential merchandising options for the French kiddies.

So, if you want to give yourself and your family a treat, dig up the previously mentioned 1946 Jean Cocteau version, La Belle et la Bête. Warning, there are no CGI rendered stone giants or one-dimensional family members for you not to care about; there is only respect for the original source material, or as film critic Bosley Crowther once described Cocteau’s film, “a priceless fabric of subtle images, . . . a fabric of gorgeous visual metaphors, of undulating movements and rhythmic pace, of hypnotic sounds and music, of casually congealing ideas.”