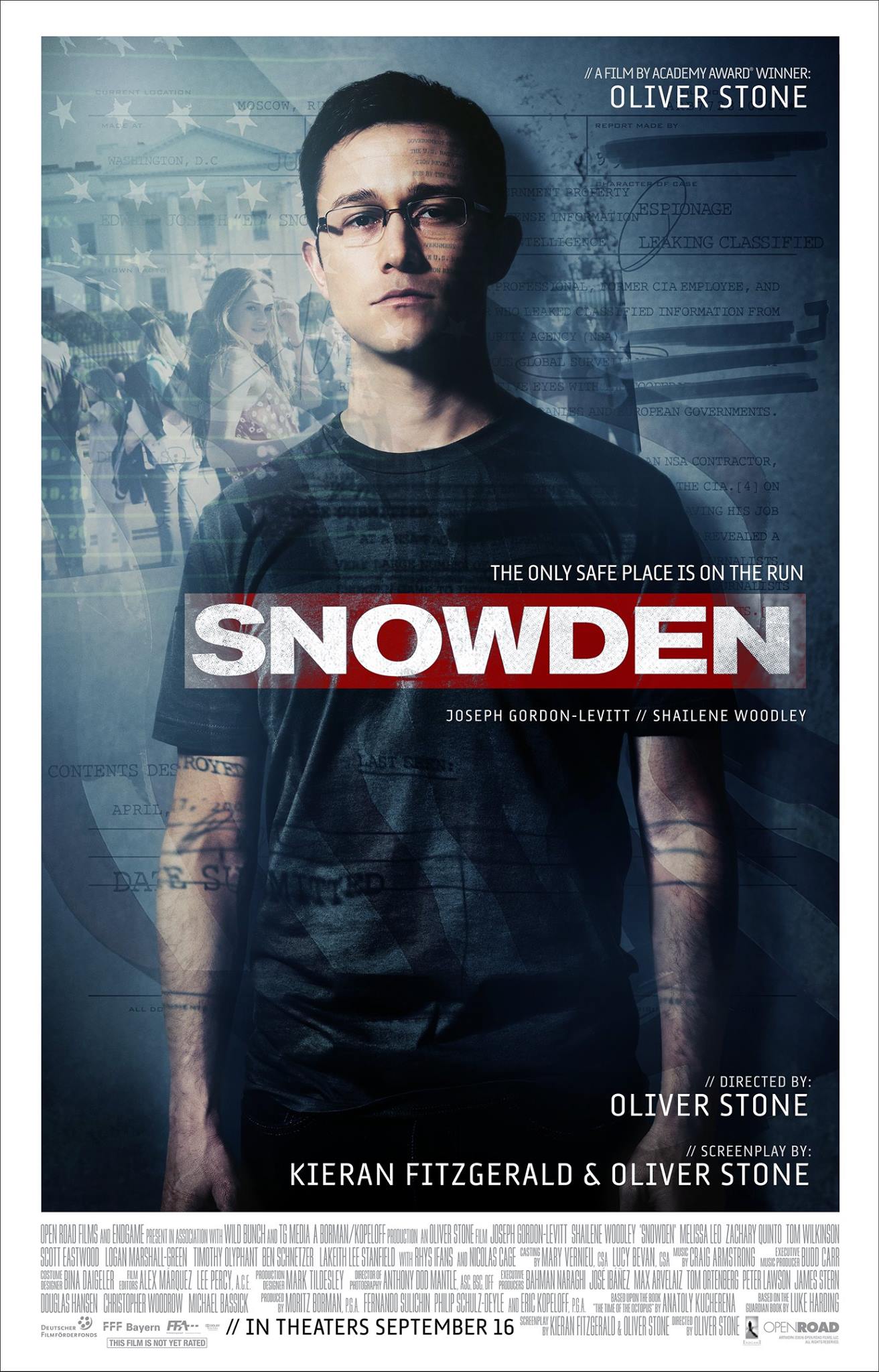 Academy Award-winning director Oliver Stone, who brought Platoon, Born on the Fourth of July, Wall Street and JFK to the big screen, tackles the most important and fascinating true story of the 21st century. Snowden, the politically-charged, pulse-pounding thriller starring Joseph Gordon-Levitt and Shailene Woodley, reveals the incredible untold personal story of Edward Snowden, the polarizing figure who exposed shocking illegal surveillance activities by the NSA and became one of the most wanted men in the world. He is considered a hero by some, and a traitor by others. No matter which you believe, the epic story of why he did it, who he left behind, and how he pulled it off makes for one of the most compelling films of the year.

And we’re giving away 5 passes (for two) good for screenings in Boston area theaters during the film’s engagement run!

To enter, please send an email with the subject header “SNOWDEN” to geekcontest @ gmail dot com and answer the following:

Please include your name and address (Southern New England Residents only. You must be 18 years old).