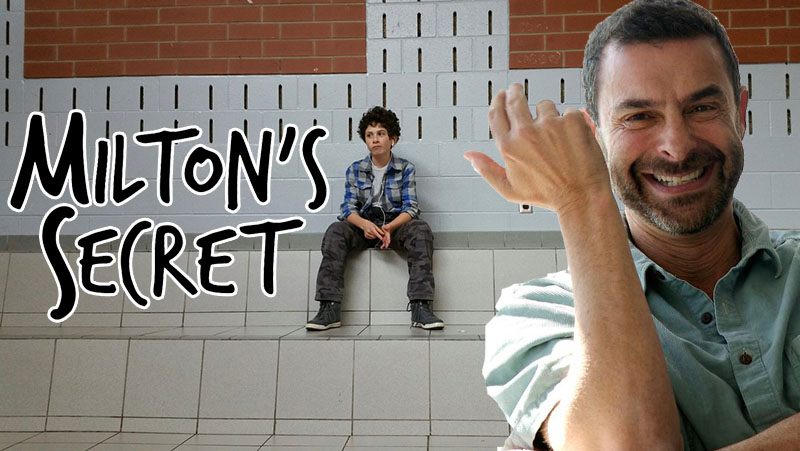 Filmmaker and author Barnet Bain built his career telling spiritually themed stories. His film credits include What Dreams May Come, Homeless to Harvard and The Celestine Prophecy. Through his creativity workshops, Barnet guides people of all ages and walks of life to expand their vision of what is possible, and develop their gifts and talents with passion. He is the author of The Book of Doing and Being: Rediscovering Creativity in Life, Love and Work and The Third Story: Awakening the Love that Transforms.

His newest film, Milton’s Secret, based on the nook by Eckhart Tolle, focuses on twelve-year-old Milton Adams (William Ainscough), who feels his world is in crisis. With his parents (Mia Kirshner & David Sutcliffe) stressing about their careers and finances, and the neighborhood bully (Percy Hynes-White) tormenting him, he is constantly anxious. But when Milton’s optimistic Grandpa (Donald Sutherland) comes to visit, he learns the secret to finding true happiness from a man who has seen the world and who has committed to living life in the ‘now’.

Barnet took some time to discuss the film with FOG!

FOG!: You’ve produced, written and directed before, but your new film, Milton’s Secret, is the first one you’ve done all three. Tell me about the film.

Barnet Bain: The movie is based on a work of juvenile lit meant for very young children. I saw galleys from the publisher, and thought it would make a great adult story about families and the uncertain times families live in. I met with Eckhart Tolle, who I had heard of, of course, and he encouraged me to go forward. It’s not obvious subject matter for the film establishment, so I more or less had to wear a lot of hats, at least at first.

I think it’s fair to say that much of your work can be classified as inspirational. Why do you feel inspiration is important and how has film inspired you?

When inspiration collapses, some grim things happen. We rely more on conventional wisdom. fashion and societal norms. And instead of inspiration, we participate in a kind of group think. Next hope and vision atrophy. Both are indispensable. Finally dogma increasingly substitutes for dialog. We see this so clearly in our political season. Pundits speak loudly, but do not listen, no viewpoints are changed. In all this we lose a sense of compassion and empathy. This lack of inspiration is at the root of so many great challenges in our world. That’s why inspiration matters. And cinema is among the greatest tools we have for rekindling the flame.

Milton’s Secret deals with bullying. What about this subject resonated with you?

There is the obvious violence of bullying, of course. But more subtle is the violence we do to ourselves first, and then to others as a result of our internal ‘self-talk’: you’re not good enough, smart enough, white enough, black enough, rich enough, American enough…enough. The physical violence always starts from there, whether you are a child on the playground or a billionaire banker on Wall Street. We can’t address what we don’t own about ourselves — and that felt like a very good premise to build a movie upon. 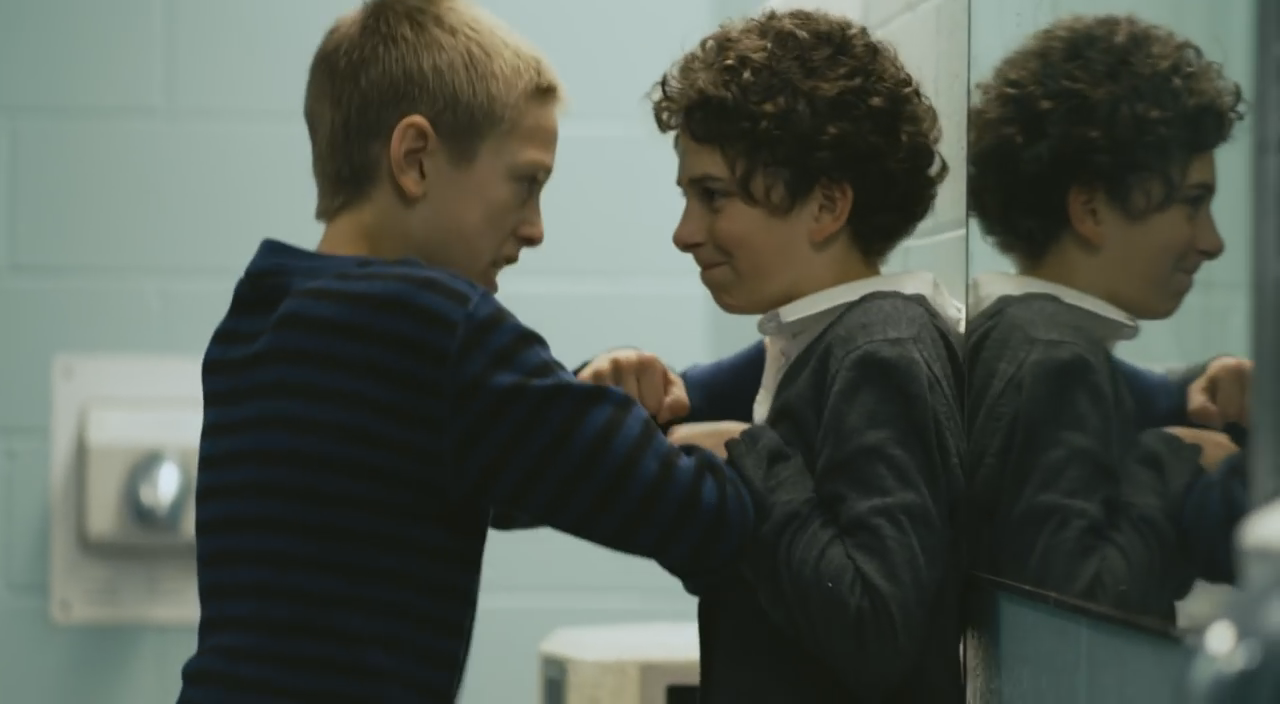 Donald Sutherland delivers a warm performance as Milton’s Grandfather, Howard. In recent years, the actor hasn’t portrayed many characters that have been particularly kind or charming. Was it difficult to convince him to take on the role?

Donald received the script, and two days later he sent me an email. He said he went to sleep, and when he woke up next morning, his character–Stewart Howard’s slippers were already parked under his bed. So that was that. He fell in love with the role. He said he had been waiting for Stewart Howard for years. In fact, last day, we were both a little sad. Finally Donald admitted to me, I’m not ready to be done with Stewart. 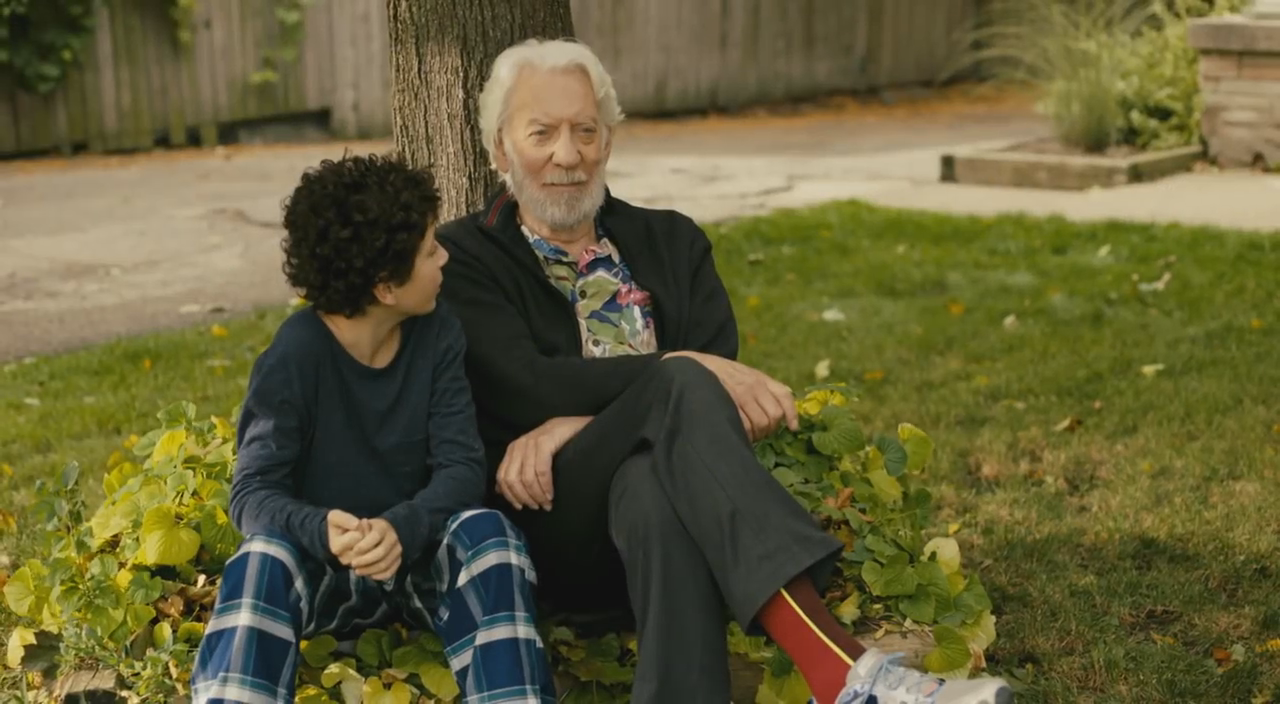 You’re also a strong advocate of creativity. Do you think that there is a general lack of creativity in modern society?

Yes. I call it structured imagination. We are products of other people’s songs, tv shows, advertising, politics, educations, religious outlooks, moneyed interests. Tragically, the first thing to be sacrificed is creative training — art, music, drama — precisely the disciplines that inform us with empathy and compassion for others.

Trees. Trees and rocks. Specifically the silence of… Stillness of… 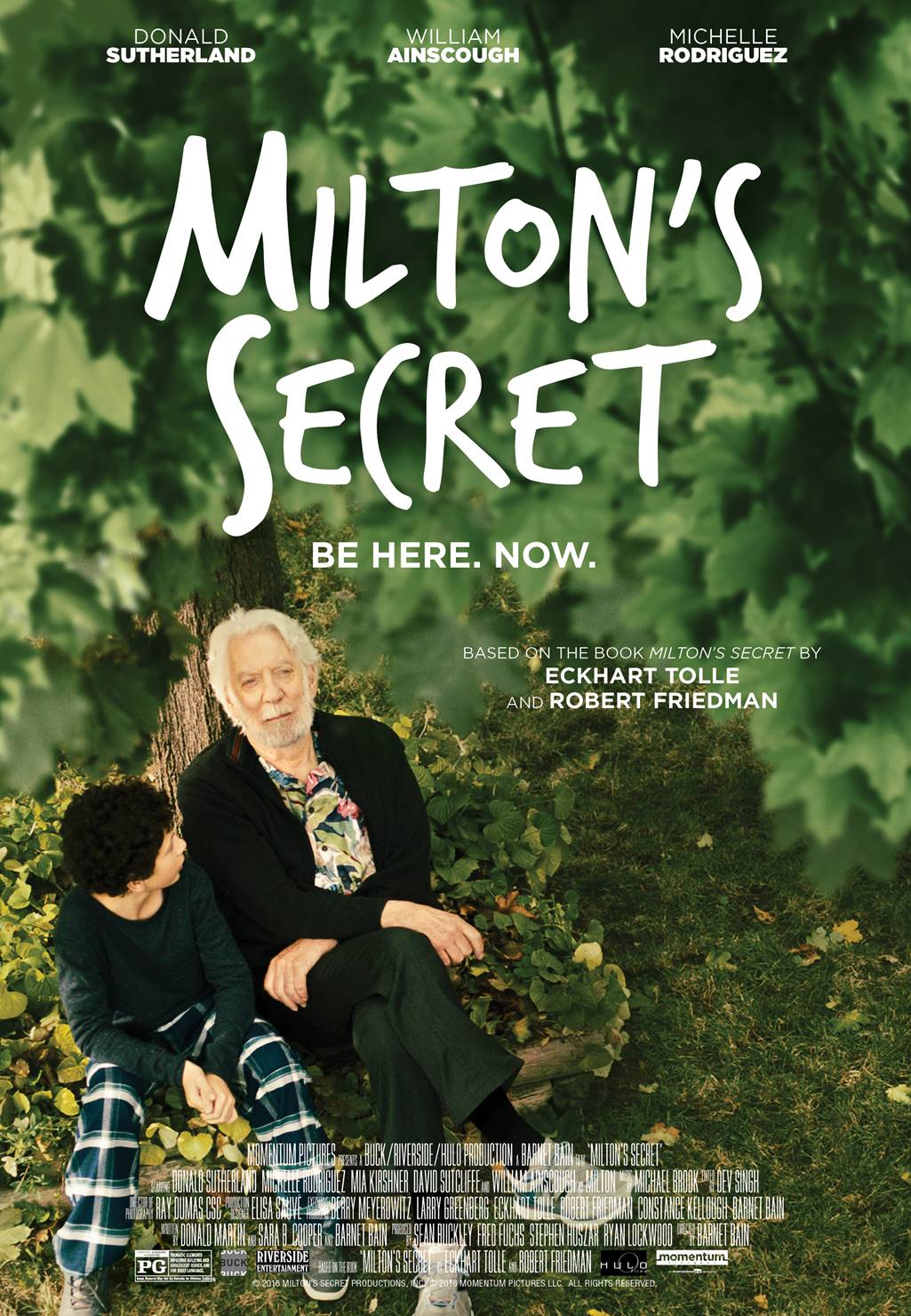 Milton’s Secret opens in theaters and On Demand, September 30th