We are going to spotlight a few titles today that you maybe not have heard of (except for the first one) .

But even so these are damn well worth picking up. 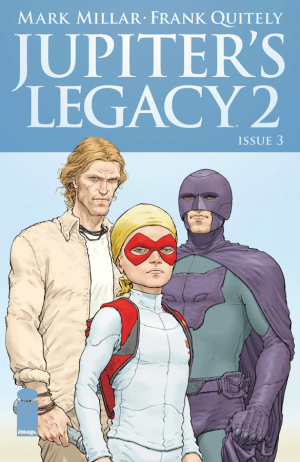 This comic book is really a great read from start to finish. If you read the first series and enjoyed it, this one continues being just as enjoyable. This might actually be a bit better however than it’s predecessor. We shall see where it ends, but it’s starting to look that way.

This issue has the gang trying to lure the world’s greatest superhuman out of retirement to help stop the super villains from taking over the planet. But if they fail they might have to face the villains alone.

Millar writes this tale like no other. His characters are sharp and relatable. The art by Quitely is simply the best of his career and that’s saying something. 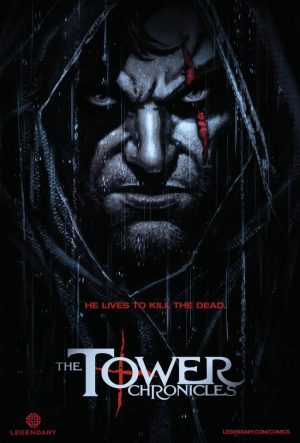 The MOST Underrated comic book in the history of comic books is this title.

I can’t believe how crazy good it is. I also can’t believe what a pain in the balls it is to find, never mind getting anyone to read it. But if you track it down you will be rewarded to one of the most epic, deepest comics in recent history.

The story is about a guy who has lived for centuries named John Tower.

Tower makes his living hunting down the strange, the occult, and various other craziness. When an FBI agent starts discovering him and what he is doing…well, let’s just say all hell breaks loose.

Follow that up with some general big evil following Tower around and you’ve got one fun story.

This book was written by Matt Wagner. He has proved time and again how to write a great story without resorting to gimmicks or cheap storytelling. He gives us a classic well written story always and this is no exception. Combine that with Bisley’s art which is both subdued and resonant, you have a must read.

Pick this up. This is fascinating work. The third and final series is almost over and this story will be complete. I can’t wait to see how it ends. 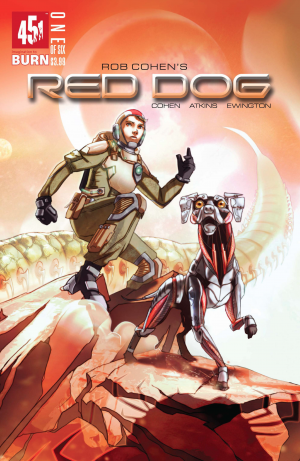 So Rob Cohen, director of the original Fast and the Furious film and such films as Dragonheart and Daylight has co-written a comic book. How is this book? Well, it’s okay. It’s certainly more enjoyable than half of DC’s Rebirth line.

The story takes place in a distant mining colony. Young Kyle is the only non adult in the colony. His only friend is the robotic K-9 Q, a robotic dog. One day the alien natives of the colony rebel against the humans and Kyle and Q are caught in the conflict.

451 Media have produced some interesting series recently and this is no different. The writing makes it interesting enough, and the art isn’t half bad. It feels a little like it’s trying too hard to stand out and be different but overall not bad.

I do commend 451 Media for taking a chance and trying to do something different. Pick up this or any of their books. They are a company to keep an eye on. 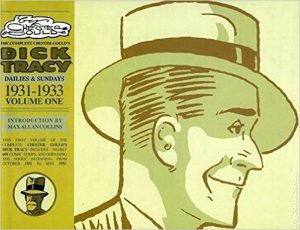 Written and Illustrated by Chester Gould.
Published by IDW Publishing

Chester Gould was a flat out genius.

This collection of comic strips from 1931-1933 are just incredible. They may be close to 100 years old but they pack a lot of punch.

Gould’s story of Dick Tracy, a cop fighting crime may not have a lot of appeal for younger audiences. But these are the strips that lays the ground to what they are currently reading.

Whether or not you enjoyed the 1990 film, you should check out this collection. The storytelling feels like it’s from another world. And maybe it is.

Join Dick, Tess, Dick Tracy Jr. and more as they fight Big Boy and his gang and more villains. Nobody really showed us the grotesque like Gould (or since!) Make no mistake, these are dark, scary strips with incredible energy. Give it a chance. You may find yourself addicted like me. This is where it starts.