Today we will be looking at some of the titles that may get overlooked on your weekly journey to the comic store. Here goes! 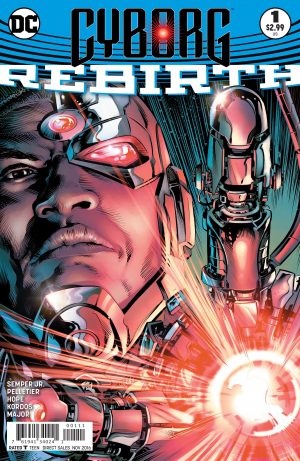 Cyborg #1 could have been a great issue. Instead it is almost a painfully standard issue.

Nothing bad in it but nothing too great. Overall, it feels like a great opportunity wasted.

I have never heard of Semper Jr. before this, and I may never hear of him again after this. I love this character very much.

He was one of my favorites in Teen Titans years ago. so it
really saddens me that this is the typical DC Rebirth origin story.

Pelletier has never been my favorite artists yet here, the art is the best part. I wish this was stronger. It feels like an outdated computer that doesn’t work anymore. 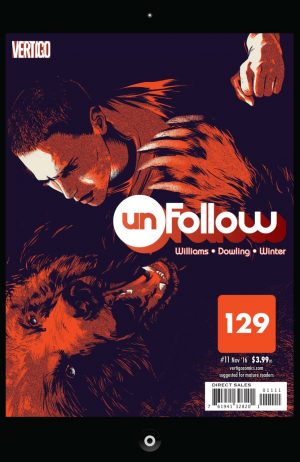 Well, I picked this up right in the middle of a story so I have no idea what the hell is going on. Still, I will intrigued enough to maybe want to pick this up on a regular basis.

I think I kind of understood it? Maybe I didn’t though.

The story goes like this: Dave, Deacon, and Ravan flight for their lives as death rains from the Russian skies. Akira begins his podcast. Courtney skips to the end of the story. The
Mask takes an internet poll. And the count is at 129 and dropping.

Okay I probably didn’t get about 70 percent of it but what I did I liked enough. The writing is okay s the art is above decent. Maybe it’s time for me to pick up and start to follow Unfollow? 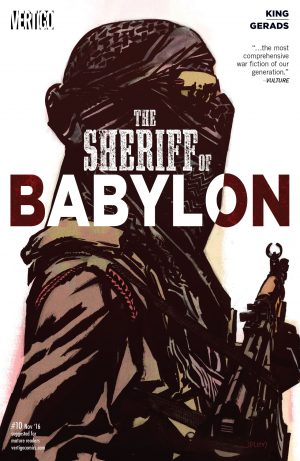 The Sheriff of Babylon # 10

I am not a big fan of Tom King’s Batman.

This series though is out of this world.

How is this from the same writer I do not know, but this is superb comics right here.

King’s story keeps growing with intensity issue after issue and it certainly does that here.

Chris, starts to close in on the suspect who killed his trainee..

There are shocks, surprises and just great storytelling.

Gerads is killing it on the art as well. this is a solid book from cover to cover.

One of the best books being published. 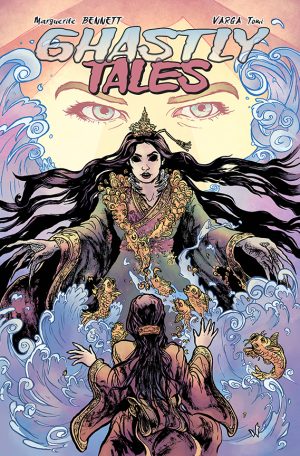 So this was a nice surprise. A unique limited print run book with a nice bunch of stories that is perfect for September! I recommend picking this up to read something new and interesting.

The three different stories here impress for they are all ghastly but all so different. Bennett is an awesome writer! The best story here is “In The Night, Mountains Grew,” but I enjoyed the other two as well.

The thing I loved the most is that the three stories felt they were from a different artist but they weren’t. It was shocking to me. All three styles were highly accomplished too.

This is a damn good book. Pick it up. Well done all around.

Josie and the Pussycats #1

I am in love with Archie Comics.

They are making some of the best comic books on the stands. This is no different.I loved this from start to finish. a hell of a book and a hell of
a beginning to a series.

The writing is sharp and the art is hopping! This is a new beginning for these characters and it is fairly awesome. I wasn’t even a fan of them until this. Now I can’t wait to read it every month. Archie is doing something with their comics…they are like drugs I can’t get enough of them.

This is fun. And comics need to be fun. And kids can read it too. 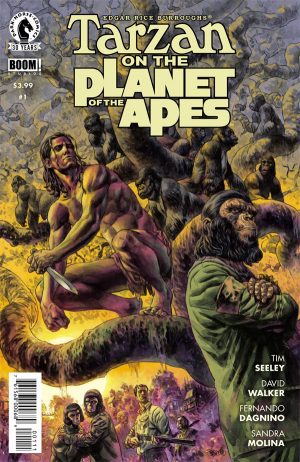 Tarzan on The Planet of The Apes #1

Two things I am not a big fan on: Tim Seeley and Tarzan.

Yet, I kind of liked this issue. It seemed like a nutty concept but it’s strangely fun.

Two things that have nothing to do together in one comic. But it works.

Seeley and Walker write an adventure tale that is grounded. Which is a good thing. I enjoyed the issue, and it was never bogged down with their respective mythologies.

Tarzan is raised with Caesar from The Planet of the Apes and they reunite here for the war between man and ape. It’s fun.

The art is decent too. Not too familiar with Dagnino but he does impress. 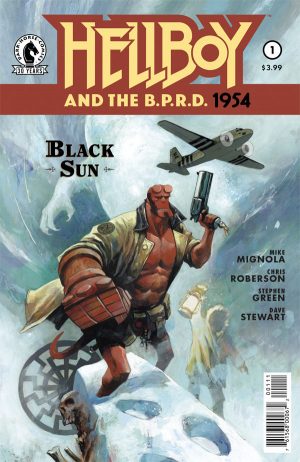 This issue is about the B.P.R.D. and Hellboy going on an Arctic adventure to investigate a monster. And how can you not enjoy that?

Hellboy is just fun and in his own little universe which I love. A bunch of monsters fighting a monsters? I’m in.

The writers stick to what works and this works! You kind of know what you are getting in a Hellboy comic and this doesn’t disappoint.

Added to the fun is the artwork which is something out of an old horror movie.  Mignola keeps such quality control over everything that it’s always a good ride in his dark corner of the universe.