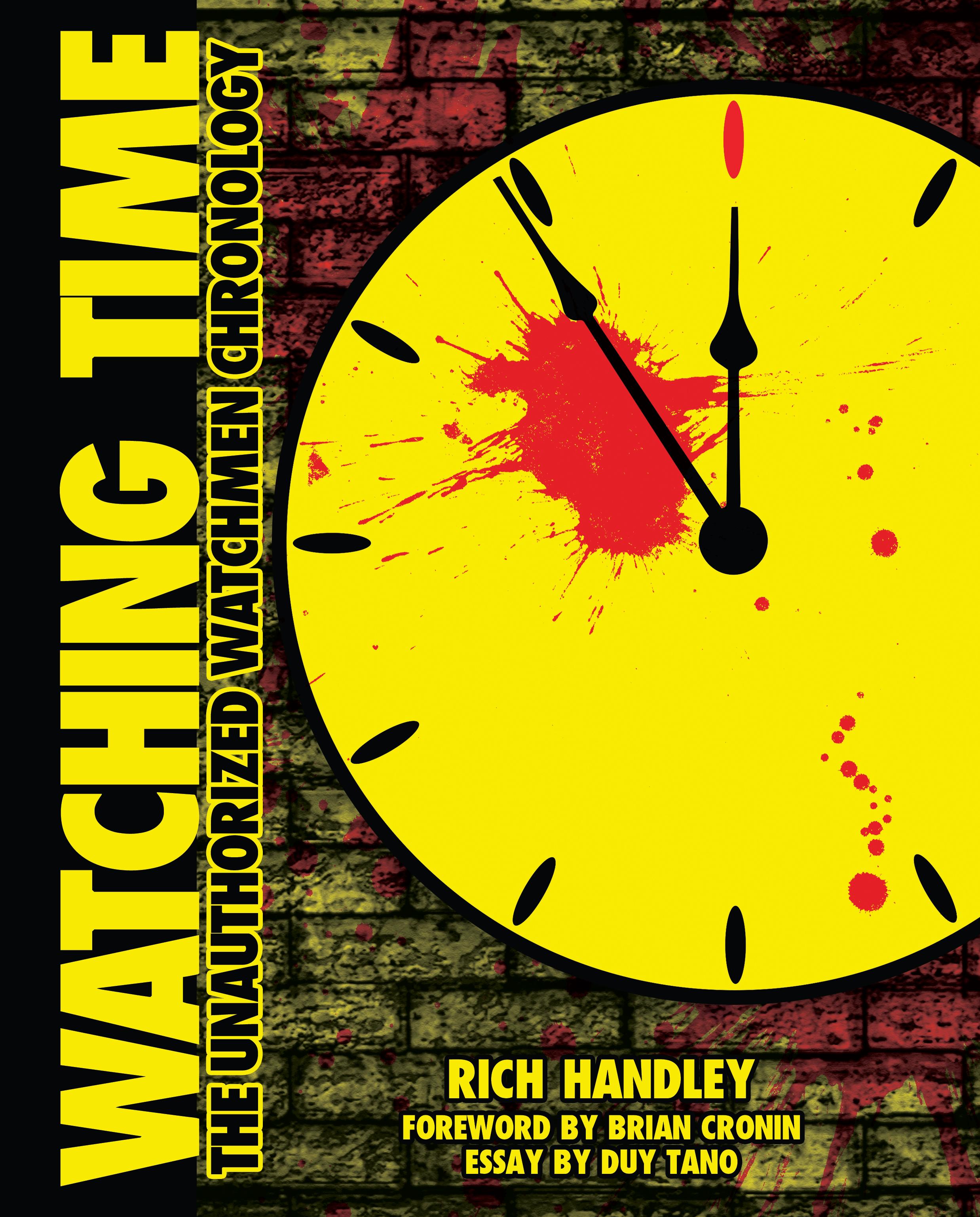 In 1986, the comic-book world experienced a profound paradigm shift, thanks to writer Alan Moore and artist Dave Gibbons. Gone were the long-held notions that crime-fighters always did the morally right thing for the intellectually right reason, that heroes and villains were rigidly defined constants, that good always prevailed over evil, and that happy endings were a foregone conclusion. In their place, there was Watchmen.

Since the release of Moore’s seminal deconstruction of the superhero genre, others have revisited Watchmen‘s dystopian setting in the form of a film adaptation, role-playing books, prequel comics, and multiple video games, all built upon the foundation that Moore and Gibbons laid down thirty years ago. With DC Comics soon to bring Watchmen‘s characters into its mainstream continuity, and with a Watchmen TV show reportedly in the works, it’s time to reexamine all that has come before.

Designed both for long-time and new fans alike, Watching Time tells you everything you need to know about Alan Moore’s highly influential and Hugo Award-winning epic and its spinoffs. The book is now available at Amazon, CreateSpace, and Barnes & Noble. For more information or to place an order, visit hassleinbooks.com/pages/book_watchmen.php.

About Hasslein Books
Hasslein Books (hassleinbooks.com) is a New York-based independent publisher of reference guides by geeks, for geeks. In addition to Watching Time, its lineup includes unauthorized genre-based reference books based on Planet of the Apes, Back to the Future, Red Dwarf, and Doctor Who, with future volumes slated to feature G.I. Joe, Alien vs. Predator, James Bond, and more. To stay informed regarding the company’s projects, follow Hasslein Books online at facebook.com/hassleinbooks, twitter.com/hassleinbooks, and hassleinbooks.blogspot.com.