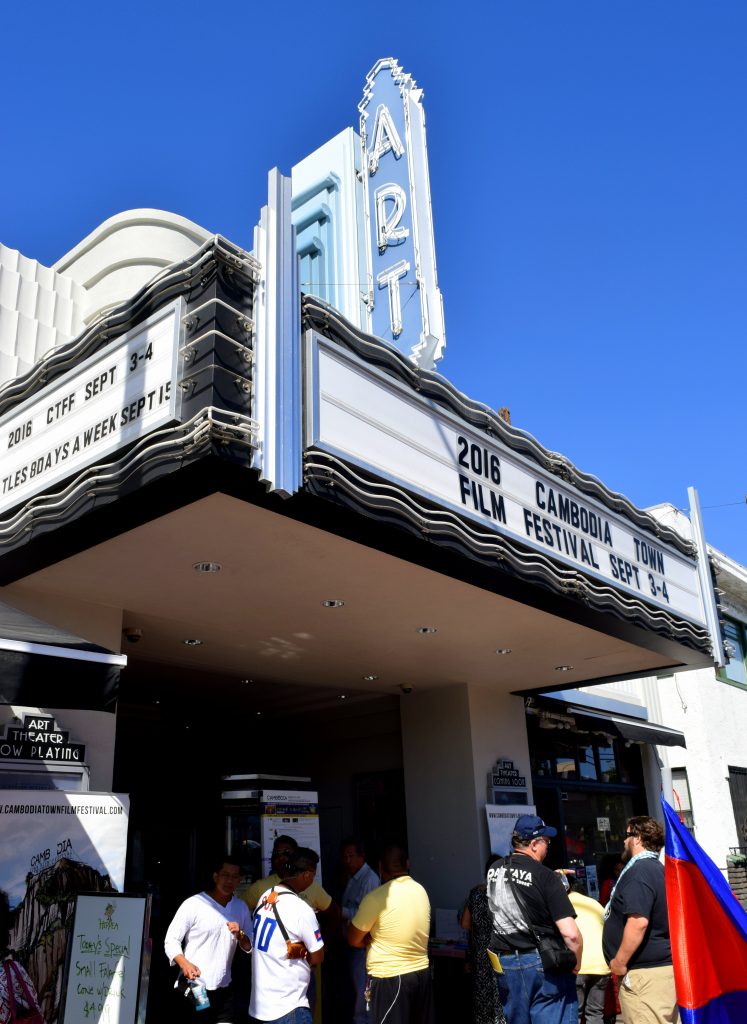 Since our arrival to Los Angeles about fourteen months ago, my wife, Lily Fierro and I have taken multiple trips down south to Long Beach for various comicbook events that we have covered for Forces Of Geek. Long Beach Comic Con and Comic Expo are both circled on our calendars way in advance as they are not only expertly produced events but also events that are positively influenced by the Long Beach comics community, who always bring a lighter, less Los Angeles-intense vibe to the myriad of geeky offerings happening on their schedules.

These experiences have been so engaging that we became curious as to what film programming was like in Long Beach, so on a recent trip, we attended the smartly curated Cambodia Town Film Festival, where we spoke at length with the festival’s co-founder director, Caylee So, and where we saw the remarkable Canadian-produced documentary, Last Of The Elephant Men, which centers on the Bunong people of Cambodia and their relationships with the local population of elephants.

You might imagine that a documentary with such a niche topic like that of Last of the Elephant Men has would be lost in the programming schedule for a more general film festival audience, and you would most likely be correct with that assumption, but the Cambodia Town Film Festival, which just completed its fourth iteration, understands its community very well; its community can boast of being  the second largest population of Cambodian immigrants outside Southeast Asia (Paris being number one). This connection with the community was clearly evident earlier in the day after a screening of Camp 32, a documentary about a Melbourne Australian man who revisits the labour camp that he was interned in as a six year old during the reign of the Khmer Rouge, when the panel discussion with the filmmaker became an opportunity for the audience, many of whom personally suffered from the brutality of the regime, to open up about their own experiences. 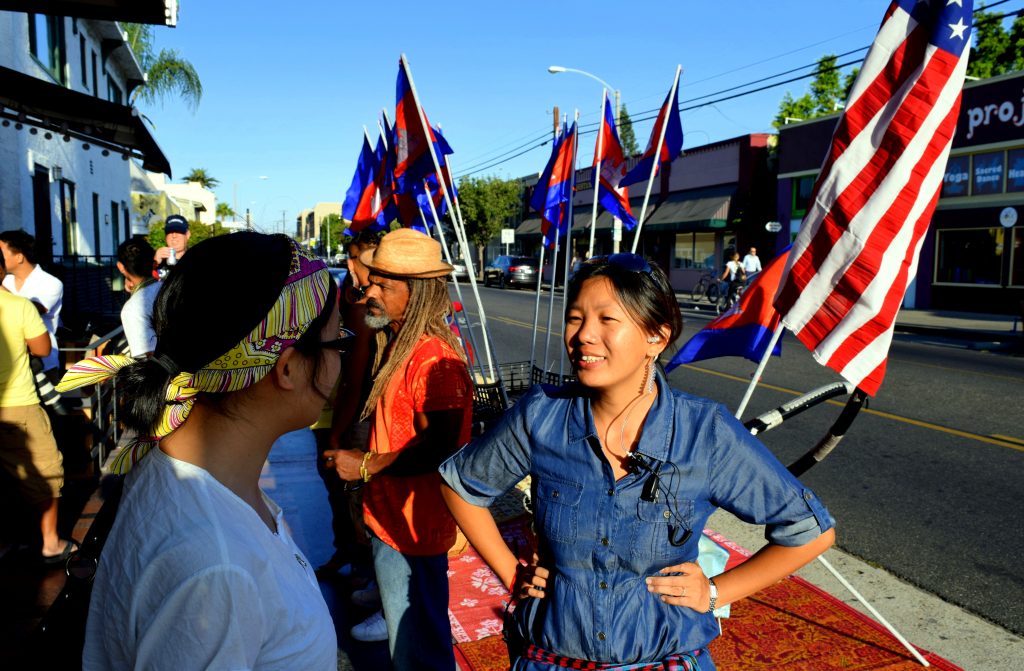 “My friend Prach Ly, who is the other co-founder of the film festival, is one of Cambodia’s first hip-hop artists. He raps about Cambodian history, and a lot of his lyrics are about the genocide and things related to it, but he grew up in Long Beach, and as he is also an avid film-lover who does a lot of work in the community, he wanted to make a film festival happen here for almost a decade. He and I met while I was doing my MFA in film production and directing during my third year at school. Prach approached me and said that he thought that it was the right time to start a film festival, and he asked me if I would want to be on the selection committee, which I was thrilled to do as that meant that I could have an excuse to watch more Cambodian cinema.

So, we started having conversations about the logistics of putting it together and realised that getting submissions for our festival was the first priority, and thus we began connecting with the Cambodia International Film Festival, which is based out of Phnom Penh. We looked at their programming and picked out films that we would love to have at our festival the following year, and if I liked a particular film, I also began my outreach towards the filmmaker who made it with the thought of how a Q&A related to their work would benefit our community, and that’s what happened with our screening of Camp 32 earlier today.”

We so appreciated Caylee’s statement here about viewing film programming as a way to not only bring cineastes together but also open up discussions about issues contained within the Cambodian community as far as the sustained impact of the brutality of the Khmer Rouge.  Though there was some wonderful programming at this year’s festival that had no reference to the tyranny of Pol Pot’s rule, there were still a handful of documentary and narrative films like Camp 32, where the protagonists had to cope with the personal damage caused by the Khmer Rouge, and the Last of the Elephant Men, where the policies of that government still affect Cambodians today in a way that most people are not aware of outside of Cambodia.

Last of the Elephant Men, directed by Arnaud Bouquet and Daniel Ferguson, focuses on the Bunong (Pnong) people of the Mondulkiri region of Cambodia and their connection to the elephants that are integral to their faith and livelihood. For the film’s narrative construction, we follow three of the Bunoung people, Mrey, Duol, and Mane, by observing their particular association and relationship with the elephants.

We first meet the aged Mrey, who is known to the Bunong people as an elephant catcher and shaman of sorts. In the past, Mrey’s lot in life was to capture and domesticate wild elephants and to teach others the craft of their use as beasts of burden. Though he clearly is a chain smoker, Mrey believes that his failing health is due to his years of enslaving elephants for servitude, and he hopes that his quest to locate three of the elephants he had once taken from the jungle will be the right sacrifice needed to keep him alive. We then meet Mane, a middle-aged woman who lives in the capital city and is searching for the elephant that her family sold years ago during a desperate time in their lives. At the same time, she is also struggling to help the Bunong people as their land is being taken away from them by corporate interests.  Duol is a young man who sees no future in education and leaves school in order to become a mahout, or a elephant wrangler, with the hopes of using the animal to give rides to tourists to make money to help his family. When the family elephant becomes seriously ill, Duol and his uncle believe that the animal’s health issues are due to the family’s repurposing of this wild animal for this spirit-crushing, money-making venture and seek out Mrey for advice as to how they can appease the spirits so that their elephant can regain its health. 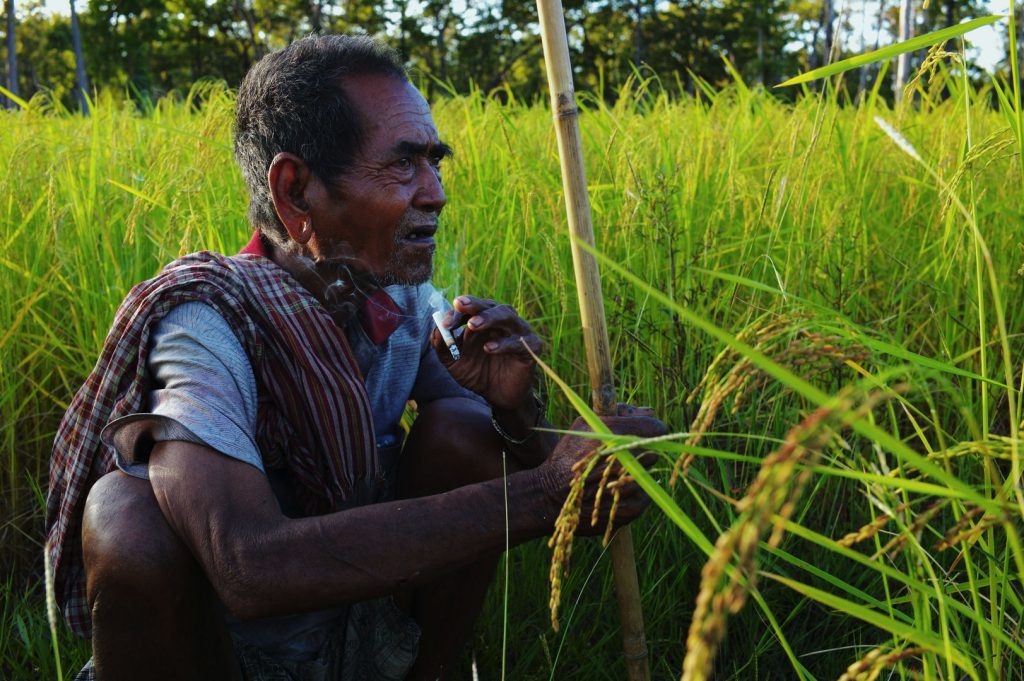 Mrey from Last Of The Elephant Men

As a younger man, Mrey, because of his skill in capturing elephants, had to hide from the forces of the Khmer Rouge as they sought out elephants for the purpose of using them to clear roads and farm labor, but when those tasks were completed, and the animal had lost its strength, the soldiers would usually kill the elephants for their ivory and for food, causing the population to severely dwindle. The Khmer Rouge grotesquely tortured and killed thousands of people, leaving survivors with a legacy of horrific experiences, but by massacring the elephants during their rule, they forever compromised the financial and spiritual lives of future generations who can still feel the regime’s effects today. Though Mane does not need to rely on elephants for economic survival like Mrey and Duol, she will be forever plagued by the guilt and sadness of selling what she describes as a member of her own family.

Directors Bouquet and Ferguson naturally weave together the lives of Mrey, Duol, and Mane in a way that never feels overtly divisive, and although I would’ve preferred more of a view into each character’s life outside of their contact with the elephants that matter to them, I was thankful for the unobtrusive and balanced look at their stories in the construction of the narrative. I so respect the decision of the directors to avoid the overused technique of including a mocking over narration to comment on the typical exploitative nature of tourists who use the elephants for the own recreation while on vacation; this exclusion decision allows you as the viewer to analyze the complexity of the role of elephants in Cambodian society and spirituality on your own. The elephants at tourist sites in Cambodia are widely available as a service, and it is understandable that when tourists are presented with an abundant transportation and touring option that they would use that service, but when placed against Mane and her family’s effort to locate her family’s elephant, the tourists’ jovial attitudes appear apathetic to their suffering. In contrast, by watching Duol’s story, we also understand that using the elephants for tourist rides is one of the few ways that the Bunong people can sustain themselves, but this also carries problems because tourists are not informed of the spiritual value of elephants and the proper sacrifices that need to be made to the reigning spirits when an elephant is used for work.

Unlike their contemporaries, Bouquet and Ferguson do not foolishly attempt to offer a solution to the complex plight of the Bunong people, for, given their history and their currently industrializing society, nothing is just black and white. Mrey, Duol, and Mane do what they can to rectify their particular situations, and we, as the audience, can simply try and empathize with their lives while we watch.

Thankfully, the Cambodia Town Film Festival allowed us to see Last of the Elephant Men with an audience who, after the lights come on, can share their opinions of this documentary with a knowledge that comes from their own personal experiences. 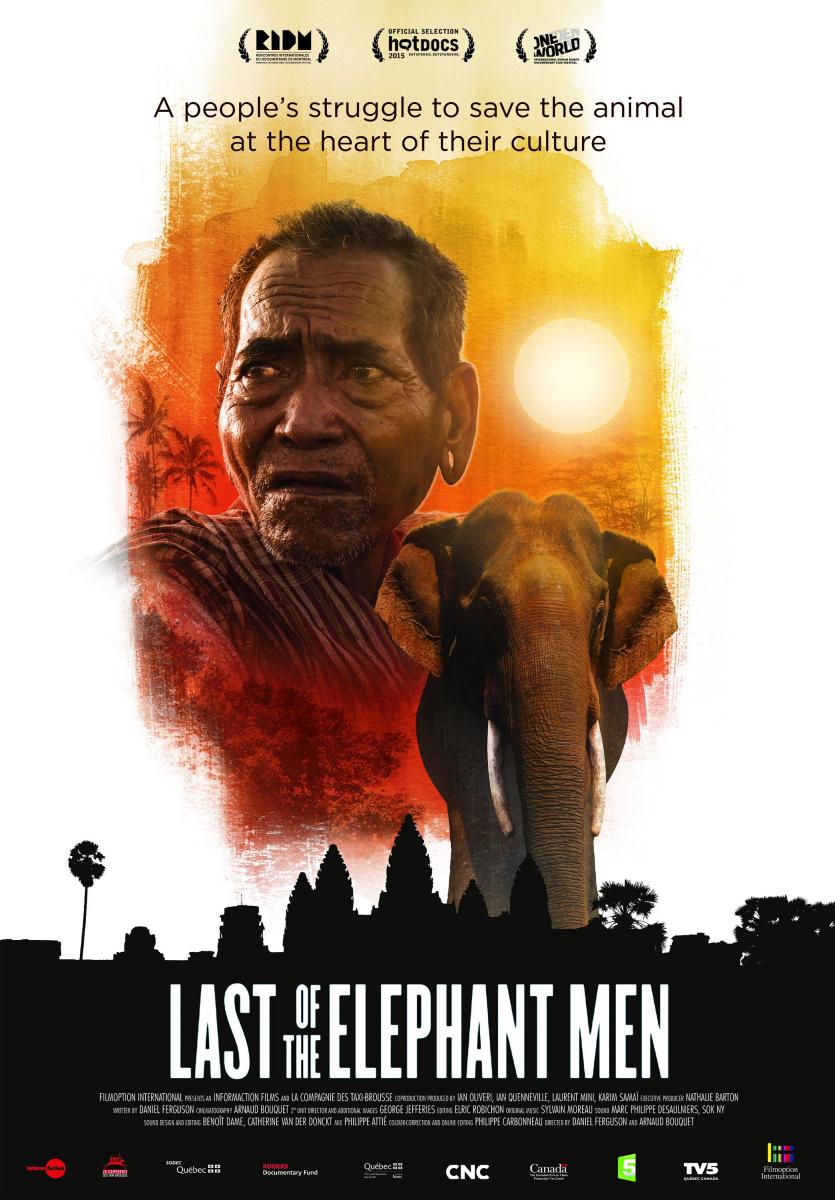