Continuing its commitment to producing, uncovering, preserving and revitalizing the very best of pop culture, Shout!  Factory is proud to announce the launch of a new home entertainment series, Shout Broadway. Spotlighting musicals and performances that deserve a place on your shelf, Shout Broadway features some of the greatest stage and screen productions ever captured. From recent hits to all-time favorites and Hollywood gems, Shout Broadway celebrates the best in theater and beyond. 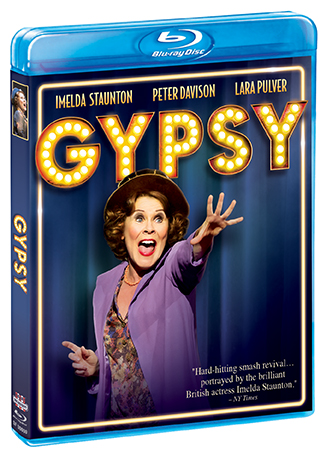 Available for the first time on Blu-ray and DVD on November 1st, 2016, fans can order their copies by visiting ShoutFactory.com

Loosely based on the memoirs of world-renowned striptease artist Gypsy Rose Lee, Gypsy follows the journey of the irrepressible Rose (Imelda Staunton, Harry Potter), the mother to end all stage mothers, as she balances the challenges of parenthood with the joys and heartbreaks of a life in the world of show business.

Featuring a collection of songs that have grown to become American standards, including “Together (Wherever We Go),” “Some People,” “Let Me Entertain You,” and “Everything’s Comin’ Up Roses,” Gypsy is a true treasure of musical theatre… you’ll have a real good time, yes sir! 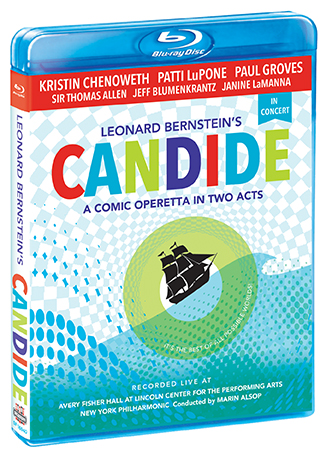 It’s the best of all possible worlds when Leonard Bernstein’s Candide In Concert makes its Blu-ray debut on November 4th, 2016.

This extraordinary cast is accompanied by the New York Philharmonic, conducted by Marin Alsop. With Bernstein’s impeccable hand behind the music and a parade of legendary lyricists – including Dorothy Parker, Stephen Sondheim and Lillian Hellman – this musical comedy classic is essential for all fans of the Great White Way! Fans can pre-order their copies now at ShoutFactory.com 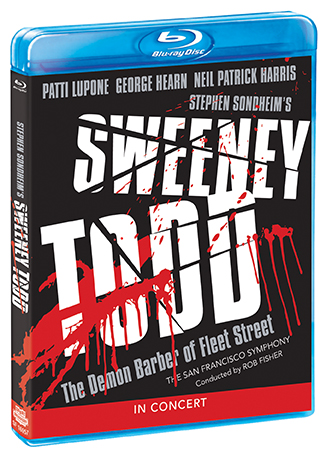 Available for the first time on Blu-ray, the release also includes a “Making Of” featurette. Fans can pre-order their copies now at ShoutFactory.com

Returning to Victorian London after a long exile, the unhinged barber, Sweeney Todd, seeks violent vengeance on the unscrupulous judge who separated him from his family, freedom… and sanity. Teaming with the Sweeney-smitten, pie-making Mrs. Lovett, Todd reopens his tonsorial parlor to lure the judge in… and then practice his murderous desires on the throats of Fleet Street’s citizenry!