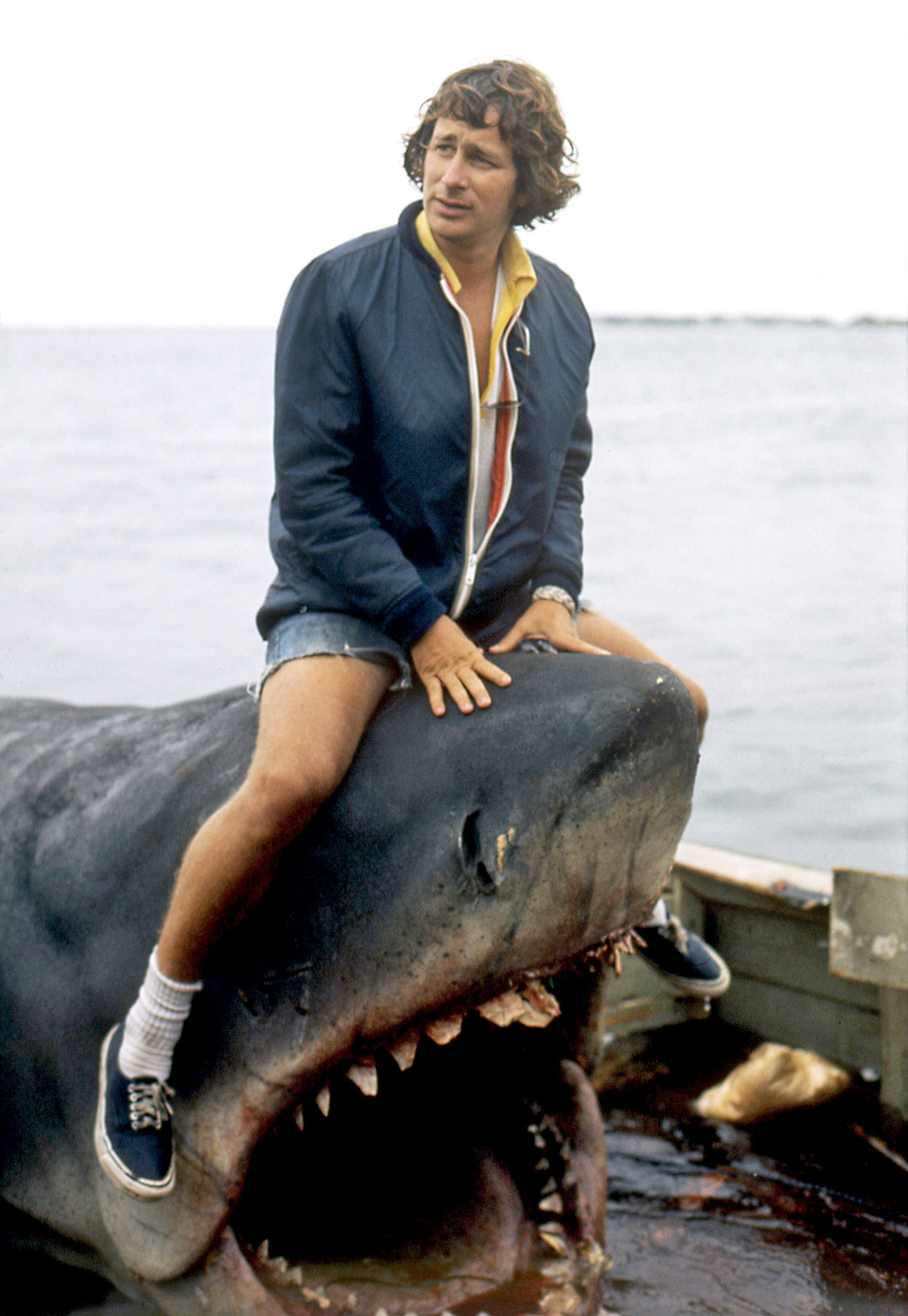 Midway through a paddle boarding excursion on shark infested waters off Cape Cod last week, my mind drifted to the similarities between Hitchcock’s The Birds and Spielberg’s Jaws.  Like you do.

Sure, I was a little concerned at the connection between the sight of seals in the distance and that morning’s Sharktivity alert, but my mind often drifts to cinematic trivia.

Come to think of it, usually while surrounded by birds and sharks in New England, Spielberg never meeting Hitchcock is one of the most egregious errors of the time-space continuum.

And every so often, more of the story behind the two most influential Hollywood directors not connecting comes out of Steven Spielberg himself.  In a recent interview in Entertainment Weekly, also mentioned in an interview with James Lipton, Spielberg described his one and only chance to connect with Hitch on the set of Torn Curtain.

Spielberg’s tourist trips of Universal Studios, where he’d one day have an entire street named for him, allowed for the occasional sneak on set.  Dressing himself in a suit and tie, with no connection other than looking the part of a young studio executive, he made his way past the guards to the old Phantom of the Opera set.  It is there that he remained for 45 minutes, witnessing production of the Paul Newman/Julie Andrews vehicle. He was caught and thrown off the set by a below the line crew member, but Spielberg claims to have witnessed the master of suspense in action.

The inevitable disconnect between the two directors continued into the early success of Spielberg’s career at the studio with The Sugarland Express, Duel, and of course Jaws, while Hitchcock’s career would wind down with Frenzy and Family Plot.

Throughout the last decade of his life, Hitchcock repeatedly refused to meet Spielberg.  Adding insult to the situation, Hitchcock sat with younger filmmakers under his influence, such as Peter Bogdanovich and François Truffaut.

Actor Bruce Dern, who appeared in two of Hitchcock’s movies (including his last film Family Plot) reveals why in his autobiography.  According to Dern, Hitchcock refused even his case for meeting the young director who “idolizes” him.

“Isn’t that the boy who made the fish movie?… I could never sit down and talk to him… because I look at him and feel like such a whore,” replied Hitchcock.  “…because I’m the voice of the  ride [at the Universal Studios theme park]. They paid me a million dollars. And I took it and I did it. I’m such a whore. I can’t sit down and talk to the boy who did the fish movie… I couldn’t even touch his hand.”

Somewhere at the core of Spielberg’s inability to connect with Alfred Hitchcock lies his own praise of new filmmakers especially influenced by his work.  From Joe Dante to JJ Abrams, he’s served as producer, mentor and even director of many an admirer.

While his work on Night Gallery, Duel and Jaws owes everything to Hitch’s work, Spielberg’s success couldn’t grab his admiration, which has to be somewhat of a bone of contention. 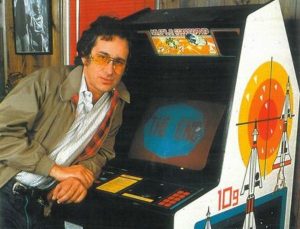 It might even explain Spielberg’s excitement over Ernest Cline’s Ready Player One, a book that celebrates (and occasionally criticizes) his filmography in a dystopian future redeemed by 80s nostalgia.

That the director has chosen it as his next film is the ultimate meta-embrace of those he’s influenced, including all of us as fans ourselves.

Now this is a set to sneak on.