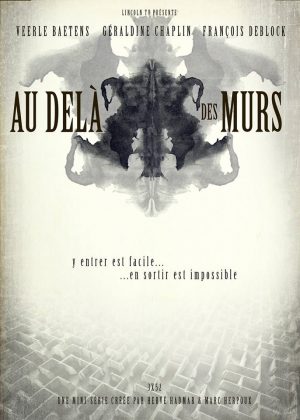 This surreal three-part French film series begins as horror — a woman inherits a spooky, abandoned mansion — but by the final segment, it’s something quite different, almost a Jean Cocteau-like fairy tale.

Lisa (Veerle Baetens) is a speech therapist who tells her coworkers she’s married to get out of social events, but in reality lives alone.

She’s just moved into an apartment across from a Gothic-looking mansion that’s had the city grown up around it, seemingly unchanged by the passing decades.

She’s just one of the curious neighbors who gather on the sidewalk when a body is discovered inside — it seems the previous owner died 30 years ago and no one has been in the house since.

The next day, she receives a notice that the man, whom she’d never met or heard of, has left her the house. Despite the house’s sad state of neglect, she quickly sets up shop and begins demolishing the bricked-up fireplace. One night, she hears strange noises coming from behind the walls. She strips off the wallpaper (the peeling, Rorschach-patterned wallpaper alone is unnverving), takes a sledgehammer to the wall and finds a passageway that leads to a door.

To say that strange things happen once she opens the door is an understatement. The decaying set décor is terrific here as the endless rooms and passages seemingly go on and on forever. I won’t spoil what she encounters, except to say that Geraldine Chaplin adds another eerie role to her already impressive horror resumé. I’d advise not watching the trailer and just watching this one cold.