Rap, fame, education, drugs, guns, murder,the dirty South, and Donald Glover. That’s the mix we find in the new show Atlanta (FX), already positioning itself as a culmination of blerd pursuits and issues.

Glover uses Atlanta to draw out in depth the same issues of class and black identity that he began with his first Childish Gambino album, Camp. 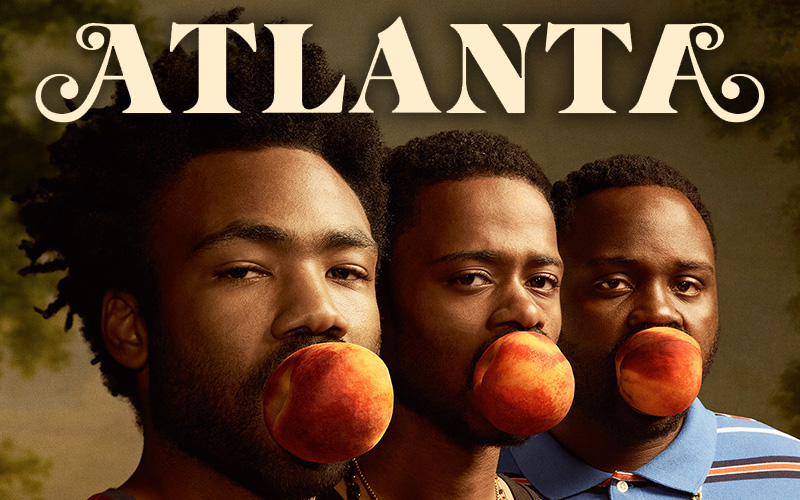 Atlanta embraces the episode structure thoroughly, which is nice in our binge-worthy age of loading up the eventual big payoff and then just holding space until we get there. Episodes begin with a specific goal or plan, then this happens, and that happens, but then this happens, therefore this happens.

This all sounds basic, but it’s crucial when dealing with what makes good art, and how that intersects with representation issues. You don’t want to throw a lead balloon into a show or have the signifiers be window dressing around something that isn’t really a show. (For example, I like Luke Cage so far. But man, I can see how the lack of plot movement can open the door for a lot of stilted speechifying.)

Atlanta¸however, stuffs itself with knowing asides to types of blackness, but woven into the show as organic expressions of the plot.

How else do you explain another one of Earn and girlfriend Vanessa’s arguments, in which she rails against being the angry black woman while Earn is fine with being a poor father who barely can take care of his daughter? 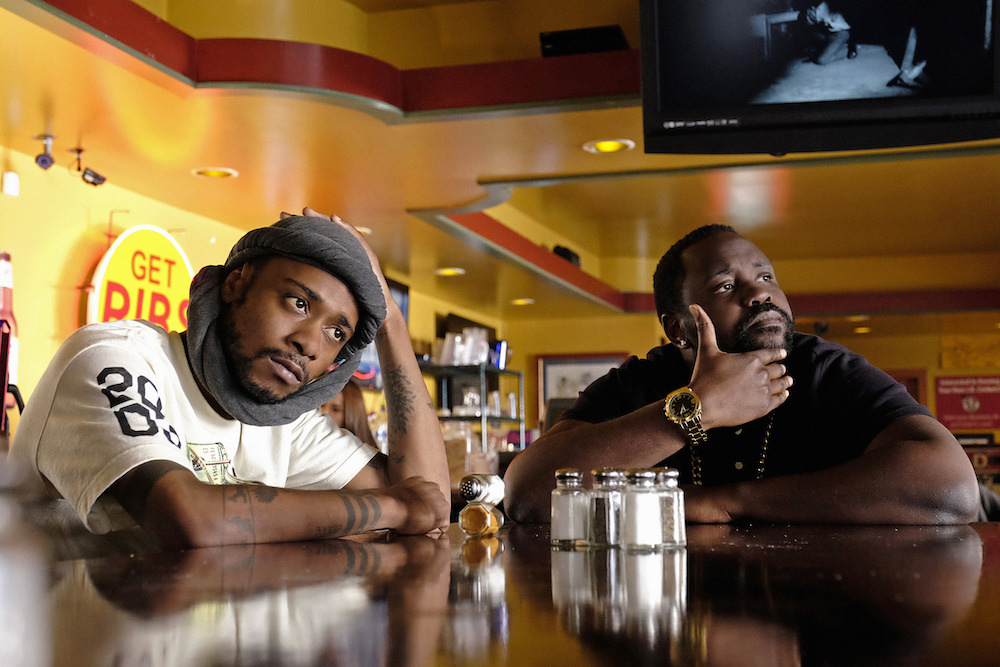 One of the show’s enduring bits of comedy so far is the growing success of Alfred as the rapper Paper Boi. A story of a shooting turns into a murderous bloodbath that becomes a commentary on fame, role models, reverence for the gangsta rap ’90s, and the social role expected of rap through the eyes of this reluctant thug.

In the episode “Nobody Beats the Biebs,” college dropout Earn meets Janice at the basketball benefit that Alfred is playing in. The encounter leads to Janice, a middle-aged white woman, mistaking Earn for some other young black man, and taking him to the VIP suite of agents. It begins as a case of mistaken identity that gains him privilege, only to find out that he’s the object of Janice’s emnity rather than friendship. 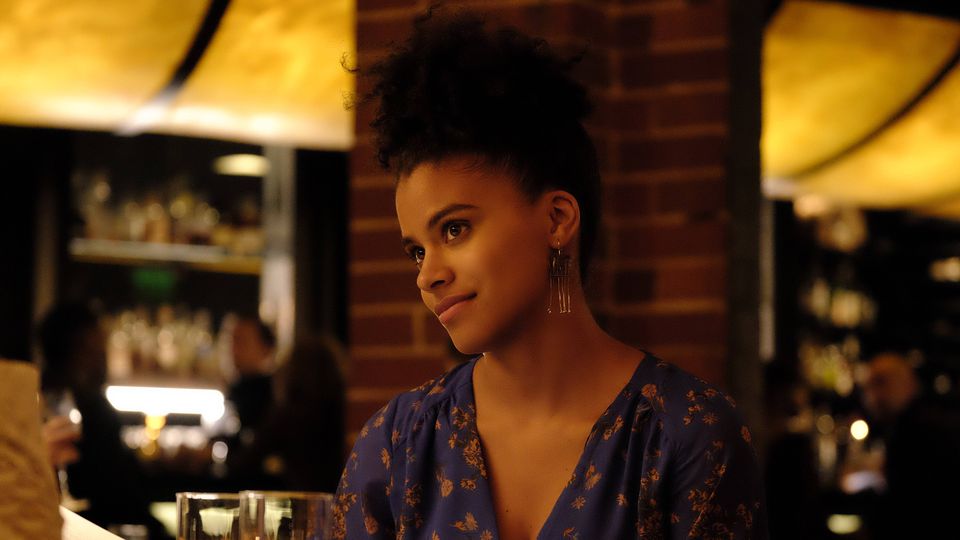 And each scene has its own arc, when Vanessa meets up with her bougie, pro-athlete’s-Friday-night-thing frenemy Jayde to kick off the episode “Value.” In a moment of Girls-like proportion of classist behavior and two people who love but don’t like each other, an Instagram food photo and chopsticks are weaponized. Meanwhile, Van and Jayde’s conversation hits on all the anxieties and pressures facing black women that Issa Rae’s Insecure has in its bones. (A show that I’m sure to write about soon.)

I enjoy how specific the show gets. They mention Swisher Sweets without even saying what they are. Jayde is made up to look almost exactly like Evelyn Lozada from VH1 reality show Basketball Wives. Darius asks for his ID at gunpoint when he is forced out of a shooting range.

The show depicts a night in jail that feels like real jail and tackles overpolicing and police brutality, mental health issues and homophobia, while also making jokes at Earn’s expense when a cop laughs at him calling for bail money.

And nearly each episode so far has moments of characters, in a white world, accessing a parallel world of blackness. The financially strapped Earn, taking Van out on a date at a suddenly fancy restaurant, asks the barback, a black man, to total out his check after the waitress, a white woman, just upsold Van to the maximum.

Rather than fret over the burdens of representation, the show rushes at them and plays around. It wants all the representations, because so far these black folk eventually all are in the same place. 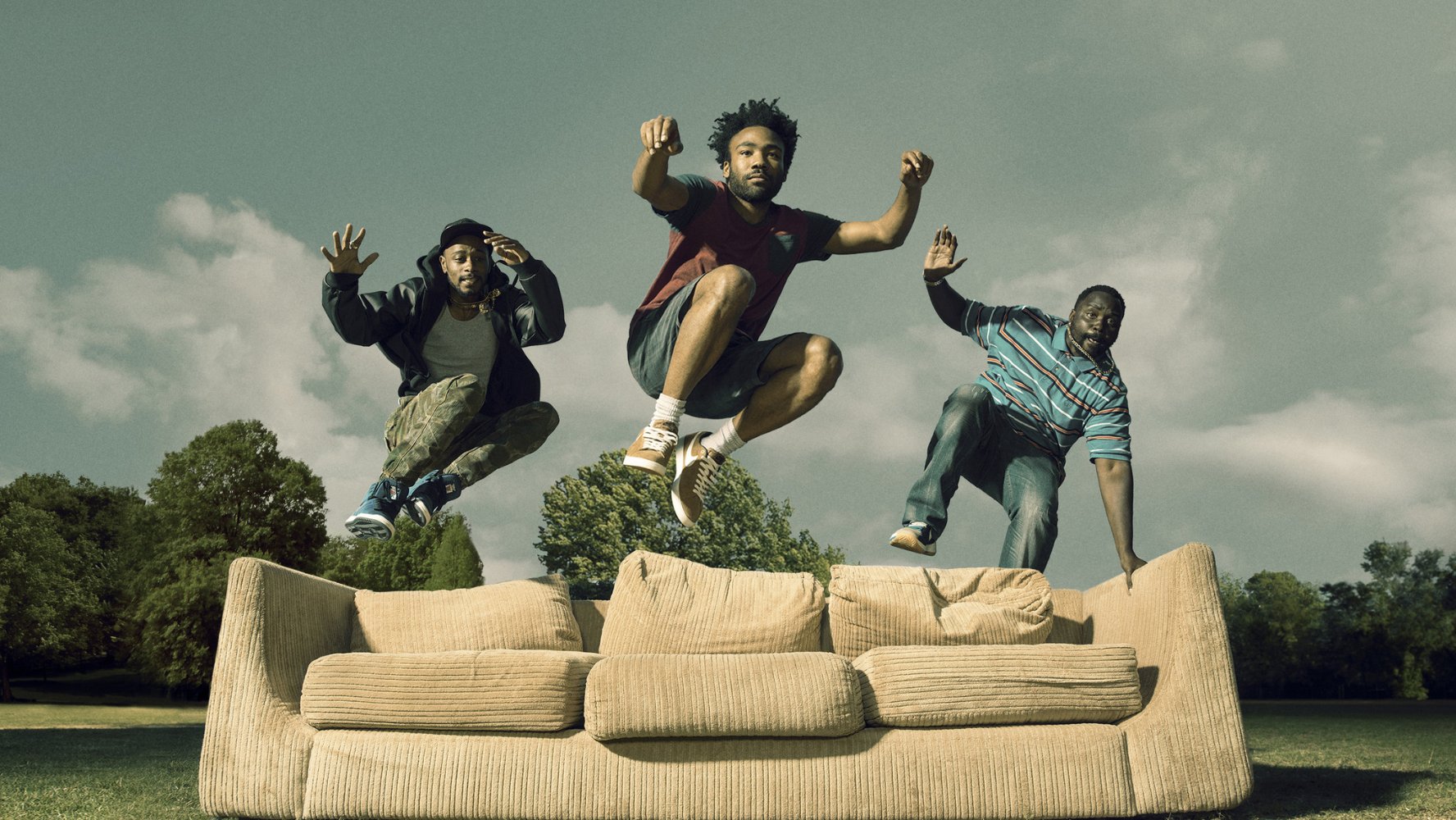 So far, Atlanta has depicted its characters as running in place, or of meeting triumphs and setbacks simultaneously every day.

But they’re not the only ones. There’s such an awesome range of black shows right now, depicting a panoply of blackness.

If you want something blerdy, college-educated or hipsterish, you’ve got Atlanta (FX), Insecure (HBO) and The Carmichael Show (NBC). 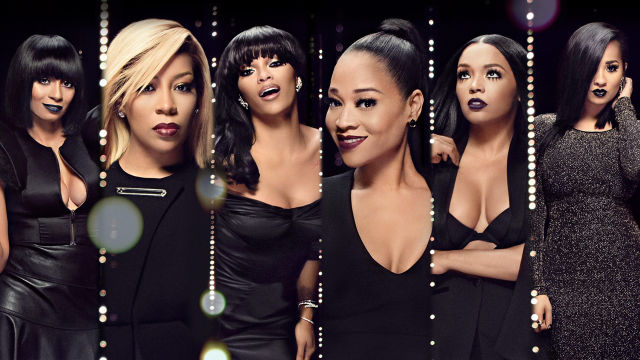 If you want issues-laden soap opera and drama, you’ve got Empire (FOX), Greenleaf (OWN), Being Mary Jane (BET), Queen Sugar (OWN), The Haves and the Have Nots (OWN), Orange Is The New Black (Netflix) and How To Get Away With Murder (ABC).

We’ve even got some pulp action with Luke Cage (Netflix).

If you want Huxtable-lite, then check out Blackish (ABC).

Old-school sitcom touches? Try Born Again Virgin (TV One), Here We Go Again (TV One) or Love Thy Neighbor (OWN). 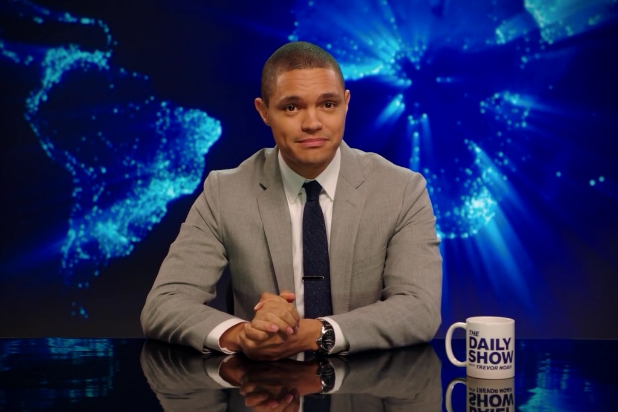 What a time to be around. I only hope that this is not a trend, but a continued, new reality.

After all, it’s good art, and good business.