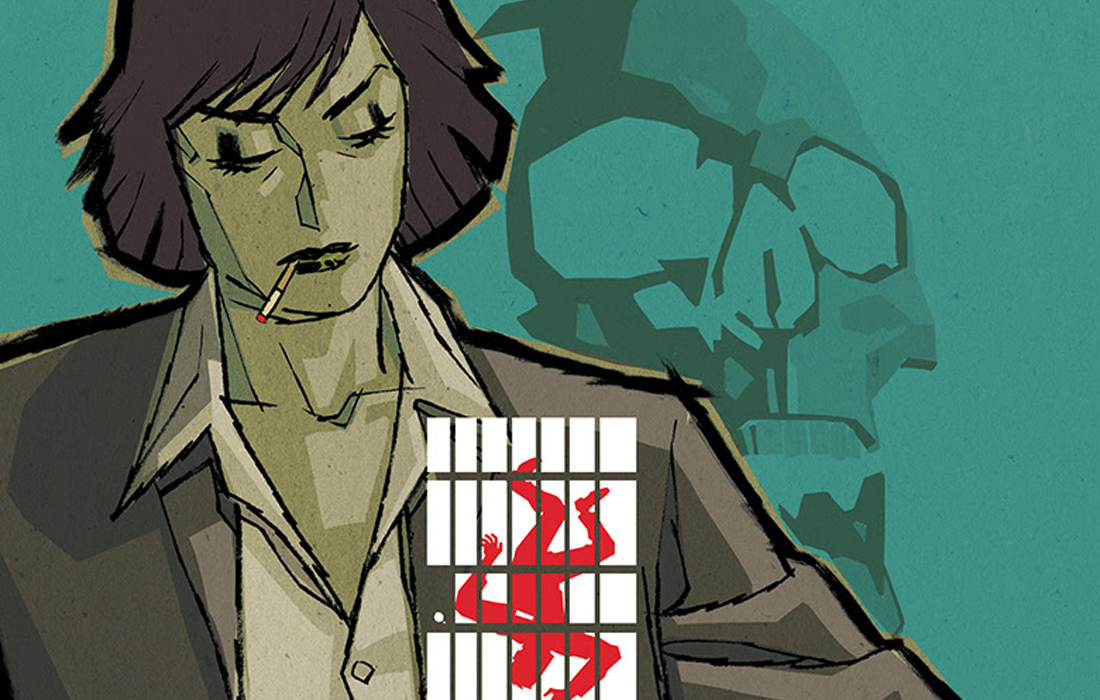 Dead Inside from writer John Arcudi and artist Toni Fejuza, is one of my favorite new comics of the year, and like Dark Horse’s other creator owned crime comic,  Brian Wood and Mack Chater‘s Briggs Land, it’s brilliant and a must read for fans of the genre.

Dead Inside is a twisted, bloody and unexpected crime story where a murder has occurred in the least expected place: behind bars.

The Jail Crimes Division of the Sheriff’s Office in Mariposa County investigates crimes committed inside county jails. With a limited number of suspects who can’t escape, these are usually easy cases to solve—but not this one. As Detective Linda Caruso gets closer to the heart of the case, she discovers uncomfortable truths about her friends, her job, and herself.

John Arcudi took some time to discuss the upcoming series with Forces of Geek.

FOG!: John, I’ve enjoyed your work for some time. Dead Inside feels like you’re utilizing a completely different set of muscles than you have in both the Mignolaverse in your series Rumble. What was the genesis of the comic?

John Arcudi: I’ve been interested in jail crimes investigations for years, and I always thought somebody else would tell the story before I had a chance, but when time passed and I never heard of a movie or comic, or book about it, I tried my hand. 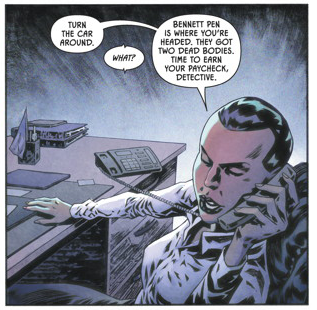 Dead Inside also feels different from your other work simply because (at least based on the first issue) it takes place in the “real world” with Detective Linda Caruso investigating a murder within a prison. Are you a particular fan of the crime genre and is the series an ongoing procedural or limited to this lone investigation as seen in the comic?

Crime’s always been my first love.

Literally. I wasn’t the best behaved kid in the world, so I learned more about police and law enforcement at an early age than I had intended.

But I never lost interest, eventually looking at it from the “good guy’s” side, and I’ve jumped at every chance to tell stories about the darker side of the human condition.

Toni Fejuza has a really unique style. How did he come to your attention and what about his work makes him a good match for this story?

I discovered Toni’s work years ago on either Facebook, or just the net — can’t remember where, exactly — and I brought him to the attention of editors up at Dark Horse. I wasn’t available to work with him but Toni collaborated with Greg Rucka on Veil and that made me want to work with him all the more. There’s a drama in his work that seems suited to a story like Dead Inside. 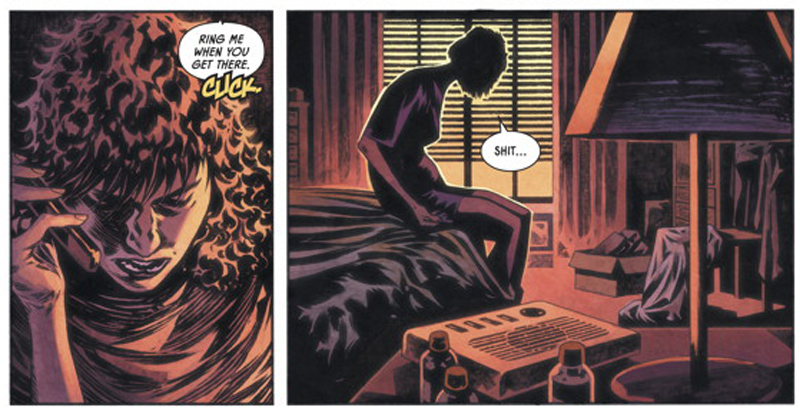 Who or what are your biggest influences on your work, and on this book in particular?

On this book, Charles Willeford kept coming to mind — his Hoke Moseley books, particularly. As to the broader question, “who are my influences?” We don’t have that kind of time!

In addition to being a crime thriller, there’s definitely a horror undercurrent. What scares you?

As someone who has told dozens of stories within the comics medium, what about the comics medium do you still find appealing to work in? Was Dead Inside conceived initially as a comic book?

It was, yes. And what I love about comics is that it’s a collaborative effort. The same can be said of a film, of course, but in comics it’s more manageable. The crew is smaller, making everybody’s job that much more important, yes, but also it gives us the opportunity to hear from literally all quarters. Everybody has a voice in making the story work. And, of course, you can do things in comics you can’t artfully do in any other medium, so that’s awfully cool. 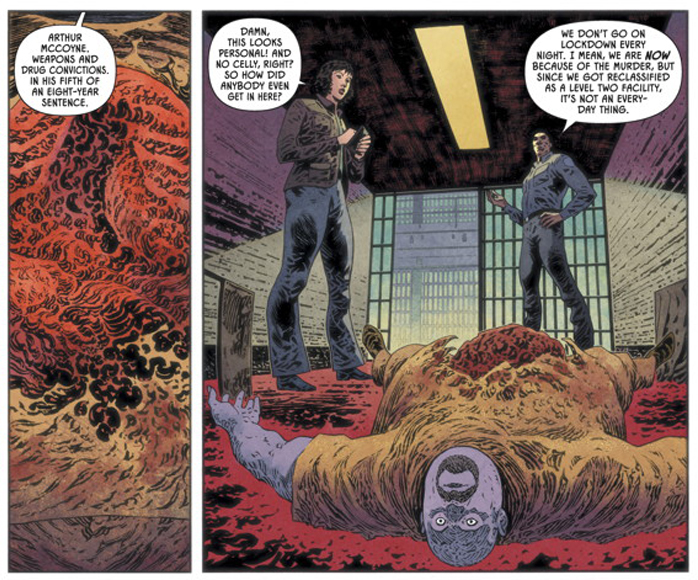 Right now, it’s the old Peter Gunn TV series! It’s both incredibly goofy, and surprisingly artful! But in comics, it’s Habitat by Simon Roy, Esteban by Matthieu Bonhomme, and ANYTHING by Ralph Meyer and David Rubin! 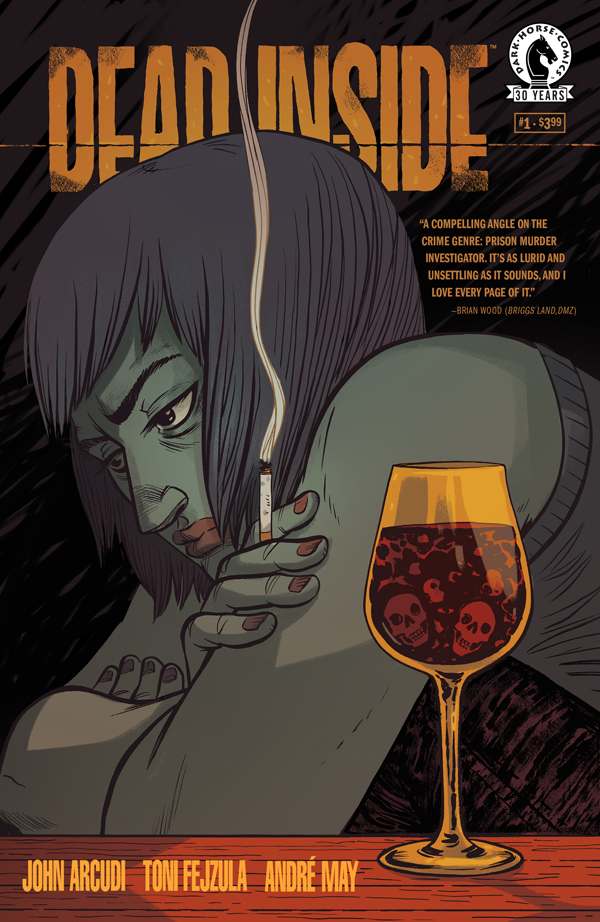 Dead Inside #1 arrives in stores on December 21, 2o16 with a cover by Dave Johnson and variant cover by Faith Erin Hicks from Dark Horse Comics.