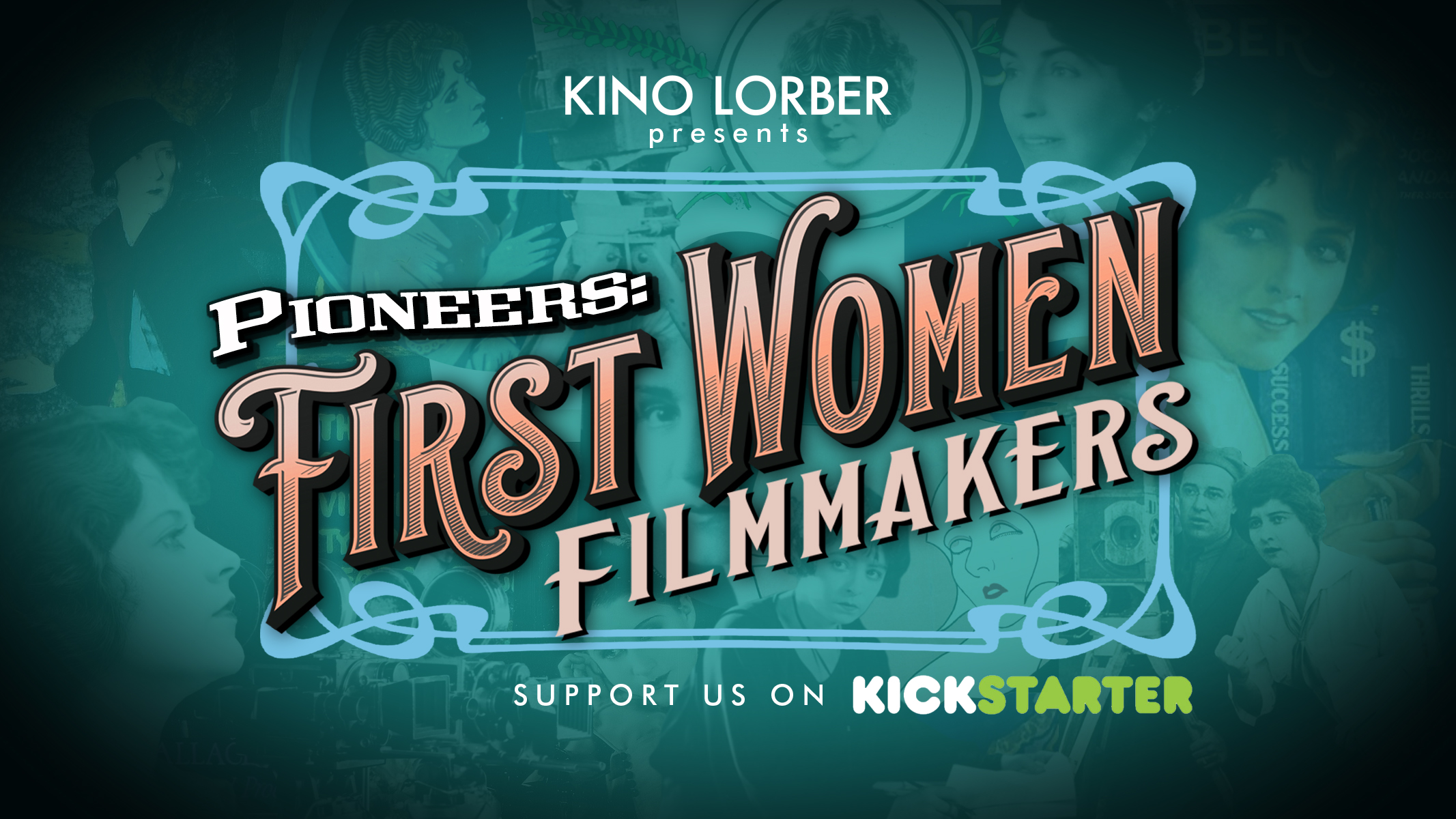 This week, Kino Lorber launched a new Kickstarter campaign to raise funds for Pioneers: First Women Filmmakers, an unprecedented collection of key works by important early women directors including Alice Guy Blaché, Lois Weber, Nell Shipman, Dorothy Davenport-Reid, and many more, made during the silent era between 1910 and 1929.

Pioneers: First Women Filmmakers will be executive-produced by filmmaker and actress Illeana Douglas (Goodfellas, Cape Fear, Ghost World), and produced by Bret Wood, who previously produced Pioneers of African-American Cinema, as well as restorations of films of Buster Keaton, D.W. Griffith, Erich von Stroheim, and many others for Kino Lorber. The selection of films will be curated by Shelley Stamp, Professor of Film & Digital Media at the University of California, Santa Cruz and author of two award-winning books, Lois Weber in Early Hollywood and Movie-Struck Girls: Women and Motion Picture Culture after the Nickelodeon.

In early 2015, Kino Lorber mounted a successful crowd-funding campaign for Pioneers of African-American Cinema. The overwhelming support of its Kickstarter supporters allowed the project to expand from a modest collection of films into a monumental five-disc collection, fully loaded with extras and accompanied by an 80-page booklet. Because of the groundswell of interest and enthusiasm of its supporters, Pioneers became a film history phenomenon: spawning theatrical retrospectives, garnering praise in mainstream media outlets (National Public Radio, The New York Times, The Guardian, Turner Classic Movies, and others), and earning a video release in the United Kingdom.

Now, Kino Lorber continues the legacy begun by Pioneers of African-American Cinema with a new project, equally ambitious in scale, and every bit as historically significant: Pioneers: First Women Filmmakers. Presented in association with the Library of Congress (and drawing from the collections of other world-renowned film archives), Pioneers will be the largest commercially-released video collection of films by women directors, and will focus on American films made between 1910 and 1929 — a crucial chapter of our cultural history.

By showcasing the ambitious, inventive films from the golden age of women directors, we can get a sense of what was lost by the marginalization of women to “support roles” within the film industry.

As with its previous Pioneers project, Kino Lorber will collaborate with the major international archives to present new HD restorations of not just the most important films of the era, but also the lesser-known (but no less historically important) works: short films, fragments, isolated chapters of incomplete serials. The five-Blu-ray box set will include approximately twenty hours of material — not only showcasing the work of these under-appreciated filmmakers, but also illuminating the gradual changes in how women directors were perceived (and treated) by the Hollywood establishment.

“The names Alice Guy Blache, Lois Weber, Dorothy Davenport Reid, and other significant female directors deserve to have their names celebrated next to DeMille’s, and Griffith’s as the early pioneers of Hollywood,” said Illeana Douglas. “Just as these woman told powerful stories to raise awareness and educate, we must do the same! I am honored to be a part of Pioneers: First Women Filmmakers, so that these films, and filmmakers, can be put in the pantheon of cinema where they belong.”

The full list of films is to be determined, but collection will likely include works by:

For more details and to support this Kickstarter campaign, Click HERE!