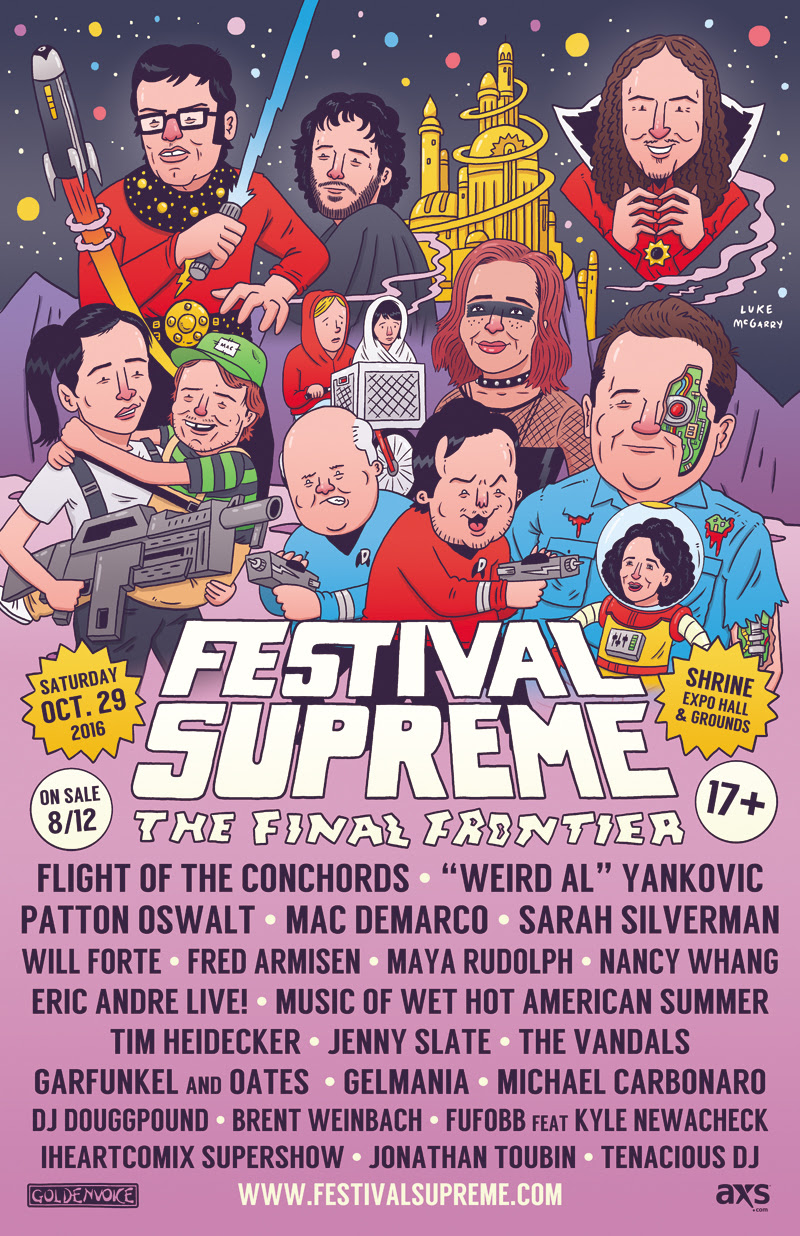 This year, Tenacious D’s Jack Black and Kyle Gass invite you to join them…in space! The 4th Annual Festival Supreme is returning Saturday, Oct. 29th at the Shrine Expo Hall & Grounds in Los Angeles, and it’s going to be even better because we’ll all be able to leave this confusing planet, if only for one day, and laugh and shake our asses off (preferably in costume, since it’s Halloween weekend)! Creators and curators Black and Gass had this to say about this year’s festivities:

Everything is better in space. Aren’t you sick of Earth? All the turmoil? The politics? The red tape? The traffic? The global shitstorm? If so, join us for a once in a lifetime escape to an off-world extravaganza! Our deluxe spacecraft includes the greatest entertainment line-up in the known universe. Don’t be a dill weed…buy tickets now before the Deth Starr is filled to capacity!

You might be asking, what the hell do they mean, “off-world extravaganza?” Well, if you’d just let them finish…

Our space fest features three separate performance venues. Omega Stage is outside under the Milky Way Galaxy and will be rocking all night long with the likes of FLIGHT OF THE CONCHORDS and “WEIRD AL” YANKOVIC!!!

The gorgeous Shrine Auditorium will be transformed into the Crab Nebula Stage with PATTON OSWALT and SARAH SILVERMAN throwing down hard, and that’s just the tip of the meteorite!

The Expo Hall will be home to the Space Disco where bad ass DJ’s will keep your asses moving thru hyperspace like a boss.

What else? How about a carefully curated retro-arcade with the greatest space themed pinball machines and video games in human history. Rad space themed rides & slides. The best food in the Cosmos.

You will never want to come home. Don’t be a deüschnozzle, get your tickets now!!! Festival Supreme: the Final Frontier!