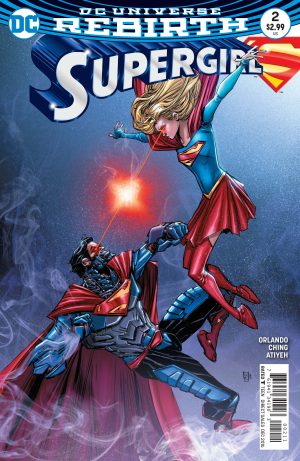 Supergirl faces off with Cyborg Superman in the Arctic Fortress.

The Cyborg reveals he is Zor El and swears to Kara he isn’t her enemy any longer, he just wants Kara to heave the life she misses so much returned to her and rebuild Argo City.

When Kara questions him further Zor reveals he heard sadness in her voice when she whispered to the stars (last issue) from space.

Her sad plea drew him to her and just wanting her to be happy he plans to use Superman’s sunstone plans of Argo to rebuild it.

When Kara tries to physically take on Zor his automated defences activate and he fights her off. He swears to keep his promise to her and self destructs.

Brushing off shrapnel Kara wonders if Cyborg really is her father and heads to The Ditch to discuss it with her earth mother Eliza.

Eliza reasons that the Sunstones recorded history tells that Zor died on Argo but if his consciousness did survive in Cyborg as he insists, she doesn’t want Kara connecting with him in case he is more villainous Cyborg than loving father. Eliza also tells Kara she isn’t meant to fly off without DEO authorisation but she covered for her. As they approach the lock up of Mastrocola, Supergirl enters his cell and offers to listen to what he has to say. He may be villain but that doesn’t mean he cannot be helped she tells him.

The next day at National City Technical High School Cat Grant is giving a lecture to the students with an offer for one of them for the Young Innovators program at Catco. Cat tells them about her life and her building of a media empire. When Cat ask the prospective applicant to answer one question Kara tries to answer but doubts herself long enough for classmate Ben Rubel to answer and snatch the application from her.

After the seminar Kara is shocked to find Cat has chased after her. She tells Kara she noticed her indecisiveness in the auditorium and that she had already spoken to Kara’s teacher and knew she was an incredibly intelligent student but overloaded with angst. Giving Kara no chance to respond Cat instructs her to attend Catco first thing the next morning.

At Catco the next day Cat talks at Kara non stop and then tells her she can leave. Kara is puzzled but Cat tells her that she had been reading her body language and had already made a decision about Kara. As Kara leaves she bumps into Ben who assumes a bemused Kara is trying to steal his place on the Young Innovator program and warns her off.

After school when Kara is alone a microscopic fragment of Cyborg Superman embedded in Kara’s skin activates. Using a mental link he projects his memories of Kara, their life on Argo and interactions that could only have come from Zor himself.

Then Zor tells her how he sought help from Brainiac to help him save Argo but the villain suspended his consciousness and made him into a soldier. When he was sent to fight Kara on Earth his mind woke up but he was unable to overcome Brainiac’s control. When Brainiac was defeated and vanished. Cyborg was reduced to scrap by Superman and Zor was able to regain control.

Kara is shocked that her father is truly alive but he has another surprise in store. He has rebuilt Argo City and wants her to come home, not only that but he reveals her mother Alura is alive as well.

Her old life is waiting for her once more.

Steve Orlando, I have to hand it to you, you are a genius.

I’m reviewing Midnighter & Apollo and Supergirl and they are as different as two books can get. The writing quality doesn’t suffer at all, in fact the enjoyment of both is enhanced by the fact they are both so different and both excellent. As a reviewer you can’t just dish out 5/5’s all the time but right now Rebirth is just hitting the mark with every issue.

When Zor was brought back a few years ago as Cyborg Superman instead of Hank Henshaw I shared the reservations of many a reader but we are seeing the payoff in a compelling story that reaches back to the beginning of the N52 and weaves it into the new status quo.

Supergirl being a more fleshed out character is just all kinds of heart warming. Tony Bedard was the only one able to do similar in the New 52 but the show television show has gone a long way to giving Kara a new spin and offers the opportunity to Orlando to create a completely fresh take on the Supergirl mythos.

Again with the unique take of the book, the art of Brian Ching gives it a fresh feel and a uniqueness from the other comics that makes Supergirl stand on her own. I’ll be honest that initially I was put off.

On first look it felt childish but upon reading the book the art has grown on me as much as Kara herself. I wouldn’t WANT another artist on the book. Ching has made the book his own and I’m really getting used to the look and feel.

A cool cover with a long overdue confrontation but the empty space filled with digital colouring and effects gives it a bit of an emptiness. The anger in the heat vision is lost. It really didn’t need the fancy computer work. 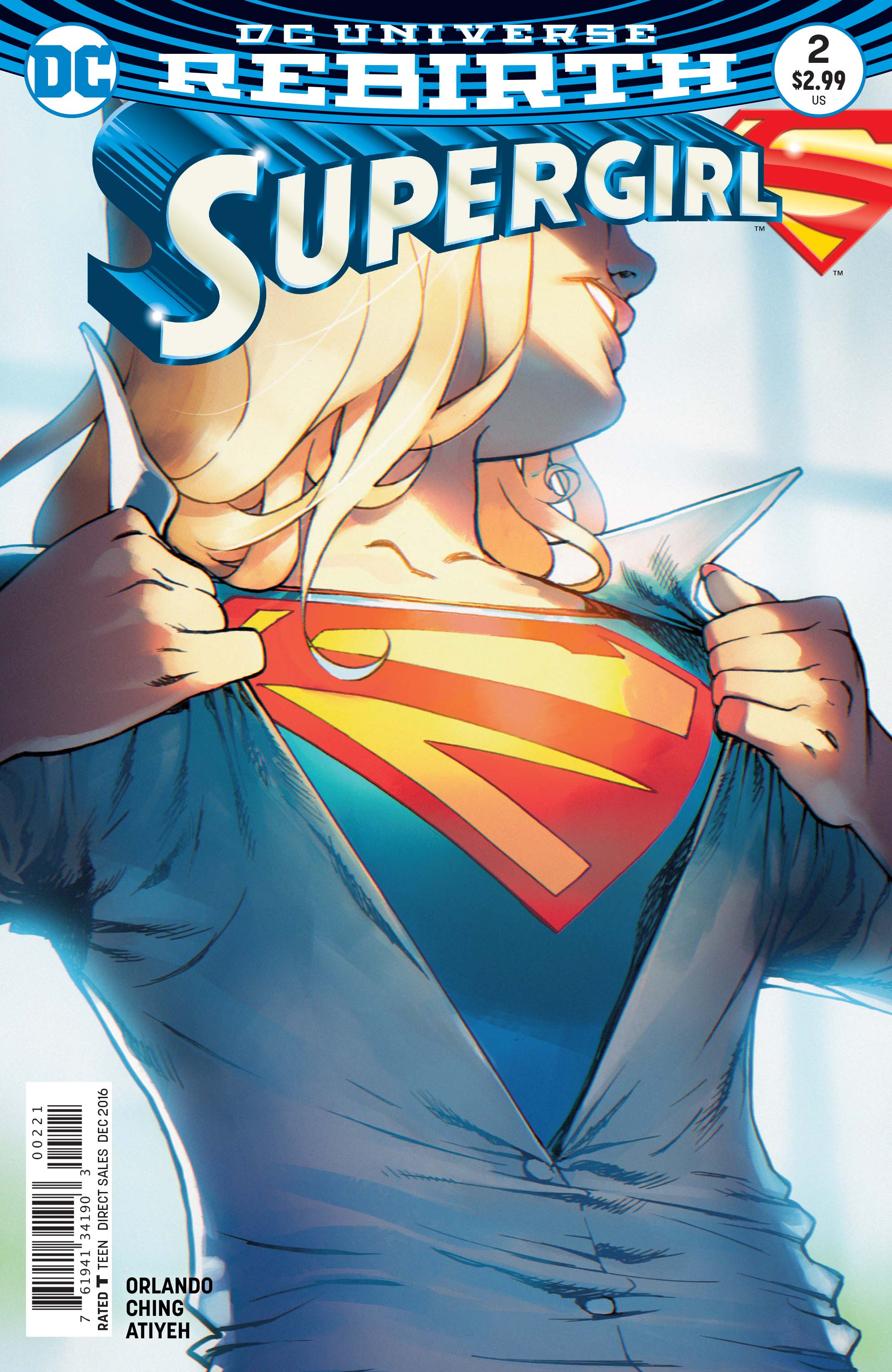 The iconic shirt rip. Can’t say I’ll ever like this take on the El Shield but regardless this cover by Bengal is just pure brilliance.