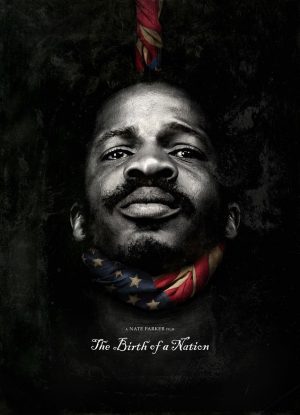 Sweeping, epic slavery narratives have become a genre of their own with films such as 12 Years A Slave and Amistad being the gold standards.

Nate Parker’s The Birth Of A Nation seeks to add something fresh and new to the canon with a story from the view of a slave uprising, which has rarely been the central focus of such a widely released movie.

Unfortunately, this film takes a new viewpoint and tells it in a rather formulaic and heavy way. While made with no lack of passion and necessity, the viewer is unlikely to find anything new in this directorial-debut.

Birth Of A Nation is based on the true story of the Nat Turner slave rebellion of 1831 in Southampton County, Virginia. A literate slave is trained to be a preacher and is rented out by his debt-ridden master to preach at other plantations in order to quiet growing unrest. As Turner becomes familiar with atrocities at less genteel properties than his own, he is moved to organize the masses towards a violent uprising with the aim of restoring freedom and justice to his people.

Much of the movie is centered on writer and director Nate Parker’s turn as Nat Turner, which is a thankful occurrence. His earnest though somewhat simplistic performance does a wonderful job of giving the viewer a character that they can endlessly empathize with, even through the violent ending.

The most standout scenes occur as Turner struggles with watching his faith turned into a weapon of oppression as he preaches to slaves who are little more than skin and bones. The emotion that plays across Parker’s face is palpable and heart-wrenching, but rarely provides the reflective nuance a more seasoned actor may have given. The desire for more visible struggle is a constant theme in the movie. A steady march towards the eventual uprising builds in a predictable way as we see the conditions ever worsening, and Turner becoming increasingly disillusioned with no surprises or complications in process.

A one man show, Turner rarely receives or requests guidance and input from other slaves, which could have provided a more well-rounded story.

This is unfortunate, as Parker secured talents such as Gabrielle Union, Jackie Earle Haley, and Roger Guenveur Smith to work for scale. Though Union’s name is heavily attached to the film, she is featured for a surprisingly short time (though she plays it gracefully, as usual).  Many of the co-stars storylines are seen as simple afterthoughts rather than being woven into the film. They fulfill the standard archetypes in the genre: well-meaning female slave owner versus cruel master, those quick to fight the system versus those resigned to their station, and endlessly patient women juxtaposed with strong and quick-tempered men. Every actor does well enough with what they are given that the viewer wishes Parker had trusted them more to work off each other rather than reciting somewhat straightforward lines at the camera.

One of the more interesting turns is how Parker uses violence judiciously to move the story along.

The movie does not shy away from the brutal realities of slavery, from whippings to inventive punishments to lack of human dignity. The harsh imagery from treatment by masters (and later the slaves’ bloody retribution), serves a purpose in every instance. I sat between what I feel will be a representation of any theater: on my left a viewer sat at the edge of his seat taking in the scenes with concern and empathy, while on the right there was a significant amount of cringing and eye-covering at the visually painful scenes. At no time did it seem misplaced, which shows promising restraint on Parker’s part.

It is curious to note that Parker and co-writer Jean Celestin have neglected to include scenes that directly feature violence against women. Though the uprising is widely known to have included the deaths of women and children alike, they are absent from the film. Additionally, rape of female slaves (a widespread historical epidemic) is eluded to before and after though never seen on camera. Parker is careful to give no opportunity to the audience to view Turner in the role of anything but savior. Indeed, he has done a very masterful job in making sure that the majority of the film is spent generating easily found empathy for the slaves and justifying the brutality of what some have viewed as a controversial uprising.

The film is very watchable and it will undoubtedly be looked to for several Oscar nominations if not awards. Parker has mined the well-worn slave genre and come out with a film that is interesting and enjoyable, but could use more polish to truly shine.