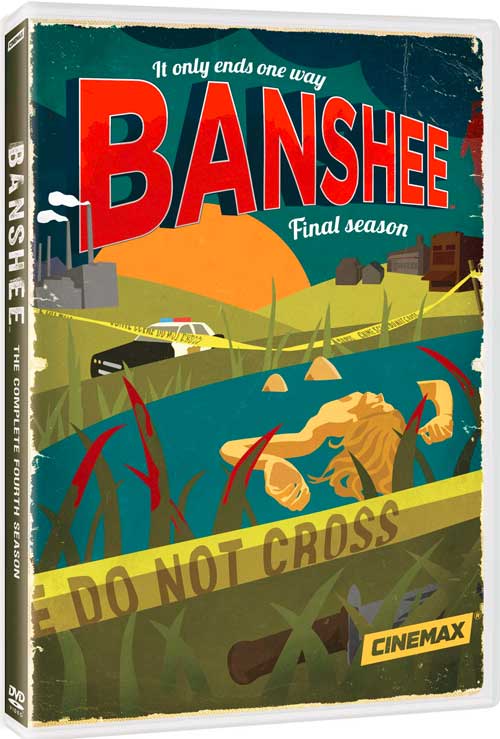 Created by Jonathan Tropper and David Schickler, this MAX action drama charts the final twists and turns that follow Lucas Hood, an ex-convict who assumed the identity of sheriff in the Amish-area town Banshee, where his former lover and partner-in-crime was living under her own alias, Carrie Hopewell. The final season takes place two years after Lucas gave up his badge after a bloody, multimillion-dollar heist at the Camp Genoa Marine Base which proved costly: Carrie’s husband Gordon was killed, and Lucas’s longtime computer-hacker partner, Job, was abducted by a shady criminal ring. After settling a score with a “recruiter” from Lucas’s past whom he hoped would have intel on Job, Lucas went on a bender before being rescued by an unlikely savior, Proctor’s niece.  Emerging from a self-imposed exile, Lucas returns to Banshee to find it a changed town. Brock Lotus is now sheriff, Kai Proctor is the mayor, and the old “Cadi” police station has been replaced by a state-of the-art facility. A new deputy with ties to Proctor, Nina Cruz, has joined Brock’s team, along with Kurt Bunker, the skinhead-turned-deputy who continues to make amends for his dark past while fighting the racist overtures of the group led by his younger brother Calvin. After reuniting with Carrie, their daughter Deva, and ex-boxer Sugar Bates, Lucas becomes immersed in a new Banshee crisis: rooting out a vicious serial murderer whose latest victim is someone near and dear to his heart.

To enter, please send an email with the subject header “BANSHEE 4” to geekcontest @ gmail dot com and answer the following:

How many episodes are in season 8?