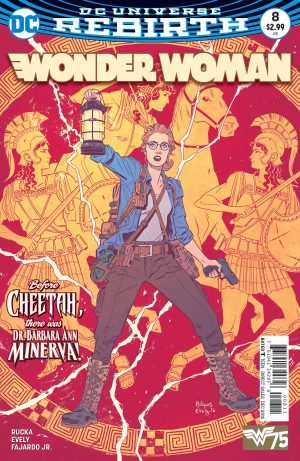 In Oakstone Abbey, The Minerva Cavendish residence, while a young Barbara Ann Minerva is re enacting Greek myths.

When her father discovers that she is indulging in fantasy rather than her studies he burns the child’s toys before her very eyes.

Years later Barbara Ann Minerva is an archaeologist on a dig in the Ukraine.

Her co worker, Dr. Martins is a skeptic and doesn’t believe the Amazons are real, likening them to the legends of the vampire. Barbara swears that she will prove they are real… somehow.

Later at night a storm rocks the camp and wakes Barbara exploring the camp she discovers that Dr. Martins had secretly continued digging while she had slept. Exploring further into the rubble Barbara uncovers a crypt. With the sarcophagus of an Amazonian warrior. The rain causes the cliff the dig was on to begin crumbling. Two hundred tons or rock buries the site leaving a saddened Barbara to mourn its loss.

Barba begs them not to leave, the crypt belonged to Lysippe the 12th Amazonian Queen. Dr. Martins shrugs it off as a lie and they begin packing up the site. A while later, Barbara drinking in a bar meets Viktor Yakuvic, a co worker from the dig and someone that sympathizes with her cause until he steals her phone and papers when she collapses drunk.

Barbara later reports the theft to Dr. Martins and realises if Viktor thought it worth stealing maybe her research was onto something. She travels the globe from Bulgaria to Greece, Malta to Tunisia. Her search leads her to some ruins and in some rubble she discovers Viktor dead with a strange scar on his chest. And the word ‘Sear’ on his left forearm.

An elderly lady approaches with a young child and tells Barbara that ‘The Bana had barred them’ and that they had ‘Gone the wrong way’ just as Barbara is. Later Barbara repeats the old woman’s words and realises it was a clue. Her quest has always been to find where the Amazons went instead of discovering where they came from. As Barbara races away on a motorcycle the young girl becomes an owl and the old woman smiles.

Barbara charters a small boat to take her across the Black Sea and as they venture further out Barbara sees what shouldn’t be there – a small island, not on any map. The island is real but the elation subsides when she realises the island is deserted. Was it all a lie? Was the path wrong?

Many moons ago there was a spotlight on DC’s villains called New Year’s Evil. I guess interlude is Barbara getting a shot and I’ll be honest I’ve never liked her character but it is a judgement I happily rescind having read her recent adventure with Diana in the present and getting a back story. She still isn’t a favourite of mine I just never thought of her as a villain of note, for many years she was tragic but selfish, and in my eyes, two dimensional.

This interlude into the early years of Wonder Woman gives Barbara Ann exactly what is needed, a connection to the audience. We discover she is much more than a one-note villain, she’s a tragedy, a driven career woman but largely ignored by the men in her life as a dreamer and fantasist.

Crafted by the world of man to be cursed with forever trying to prove herself.

I don’t like the flitting between two stories but this issue does enhance what is transpiring in ‘The Lies’ so it proves the format works.

A lot of the Rebirth books have moved away from the action and concentrated more on storytelling. The recent issues of Superman & Action prove it can be done and here with Barbara’s story unfolding and no Wonder Woman in sight it continues to do so. Bilquis Evely is one skillful artist!

I like the pencilling, you really feel like you’re seeing into Barbara’s world. I’m already interested in her quest. The thing that pulls me out of the art is the colouring. 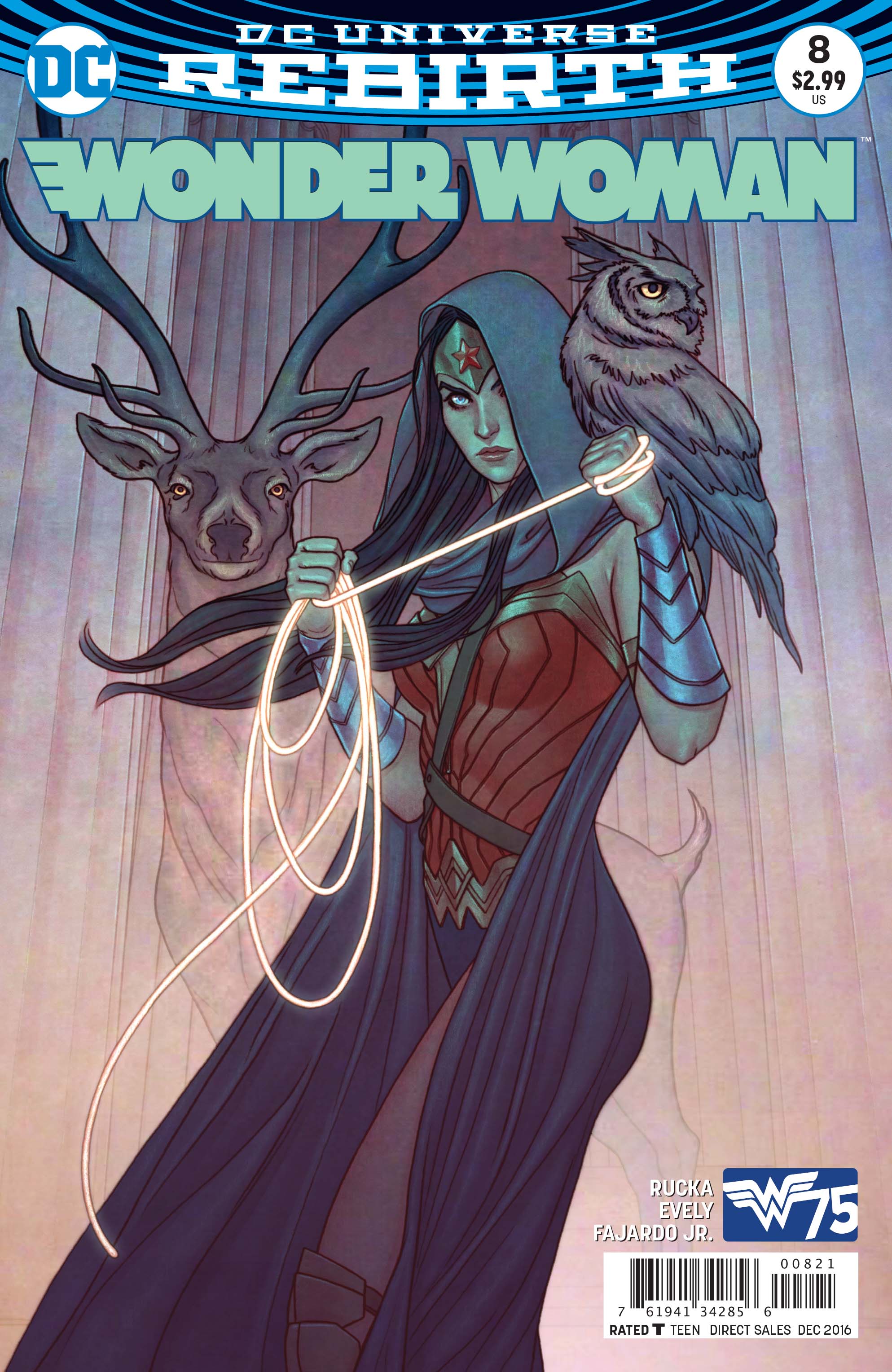 A beautiful cover that embraces the mythology of the Amazons and Diana looks mysterious, alluring and dangerous.