Alamo Drafthouse Downtown Brooklyn has announced that they will host a screening and cast reunion for the 35th anniversary of Mad Max 2: The Road Warrior on December 2nd. The event will include a post-screening conversation with Road Warrior cast members Bruce Spence (The Gyro Captain), Vernon Wells, (Wez), Kjell Nilsson (Lord Humongous), Virginia Hey (Warrior Woman), and Emil Minty (The Feral Child) and will be co-presented by Wintercon, who will also be featuring the cast reunion at their convention on December 3rd and 4th.

“Having this opportunity is such a dream for a programmer,” said Cristina Cacioppo, the New York Program Manager for Alamo Drafthouse. “Road Warrior is one of the most exciting action movies, full of amazing characters. It is unbelievable that we’ll have so many of them here together!”

The second installment of visionary Australian director George Miller’s MAD MAX series, The Road Warrior continues the story of ex-Main Force Patrol officer “Mad” Max Rockatansky as he roams the desolate, post-apocalyptic Australian wasteland in his supercharged V-8 Pursuit Special, desperately searching for fuel alongside his trusty cattle dog and even trustier sawed-off shotgun. In his quest for gasoline, Max runs afoul of a rabid gang of marauders led by the the psychotic Lord Humungus, with their clash leading to a breathtaking and frenetic finale that helped popularize the post-apocalyptic genre in film.

But don’t just come for the gasoline – packed with impressive vehicular choreography, spectacular stunts, cinematographer Dean Semler’s gorgeous Australian landscapes and Norma Moriceau’s iconic punk-inspired, leather-studded bondage gear, Road Warrior is one of the rare Hollywood sequels that surpasses the original, and has been hailed as one of the greatest action films of all time. 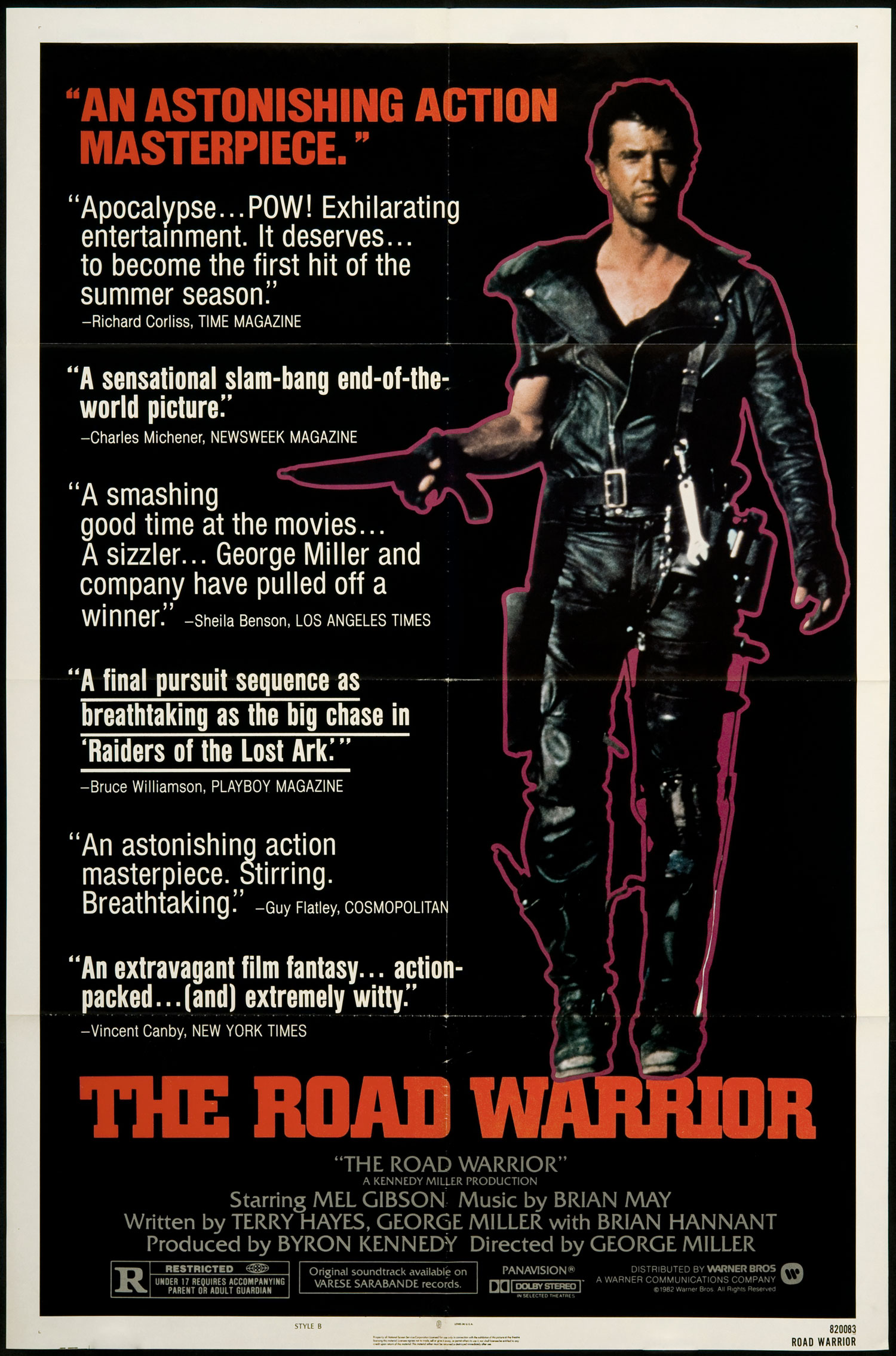