While we won’t be hearing Fleetwood Mac’s ‘Don’t Stop’ (reprise) this week, but Rumours can still act as the soundtrack to your comics reading experience. Heartthrob Vol. 1 is a throwback Fight Club crime story about a transplant survivor with a special part of the donor left behind.

The creative team of Christopher Sebela and Robert Wilson IV joined us today to talk about this throwback book that goes well with a scotch and some polyester blends!

FOG!: Thanks for joining us today! As Heartthrob Vol. 1 is about to hit shelves, what can you tell us about fan response so far?

Christopher Sebela: It’s kind of weird, honestly. Everyone who’s talked to me about it loves it. And the notes we get online are way more than I ever expected. I’ve talked to a couple people who passed along messages from friends of theirs who actually had heart transplants and thanked us for making a book that spoke so much to their experiences. Which I wasn’t expecting.

I tried to do my homework and write what felt true, but to have people in this rare group you’re talking about tell you you’re doing a good job of talking about it is more than I hoped for in my wildest dreams.

How did this art team and whole collaboration come together for this project?

CS: I had the story and our editor, Charlie Chu, suggested Robert for it right before Emerald City in 2015. Robert and I were already friends by then and I’d cast a kind of magic spell by putting his name on a notebook as “THE ROBERT WILSON IV BOOK” and when Charlie said it, it all made complete sense, I could totally see Robert on this book and I was even more excited about it.

We talked to Robert during that weekend and he was onboard not long after it. Nick was someone Charlie had worked with on other Oni books and as soon as I saw how well he and Robert worked together and I talked with him once or twice I knew he was a perfect fit. So basically this whole book owes its existence to our editor and a little bit of fate and good luck.

Robert, as a fan of period pieces in fiction, I was wondering what your favorite piece of research was for this book? The costumes? The cars? The rockstars?

Robert Wilson IV: A lot of my research was stuff I was already into like mid to late 70’s David Bowie, the music, the outfits, the presentation, all of it. I do my due diligence when it comes to research, but I also try not to fall down rabbit holes. The thing I reference the most is a series of books of Sears catalog ads.

I know how Bowie, or Stevie Nicks, dressed. You see costume design in movies like Boogie Nights, but Sears is such a grounded, everyday look at what people were actually wearing. It’s easy to lean into period hyperbole and I don’t want that to define the book.

As a graduate of The College of Classic Rock Knowledge, I commend you for the Fleetwood Mac theme of the book, and in general the musical cues in Heartthrob. What made you place the setting of the story in the ’70s?

CS: It was a necessity at first. I wanted to do a crime story that didn’t have to deal with all our modern inventions that make bank robberies and criminal escapades much harder. The 70s had no cell phones, not much in the way of closed circuit cameras, no internet to pass information across the planet with a news report and news was on twice, maybe 3 times a day, there wasn’t the kind of coverage we see in a post-cable-news society.

I’ve always been drawn to the 70s because so many movies and albums I love came out of that time, and it was a weird time where our President was a crook and had to quit his job. Once I stumbled onto the heart transplant idea, then it put it somewhere in the later 70s and figuring out that Fleetwood Mac released Rumours in 1977 was the last piece of the puzzle. 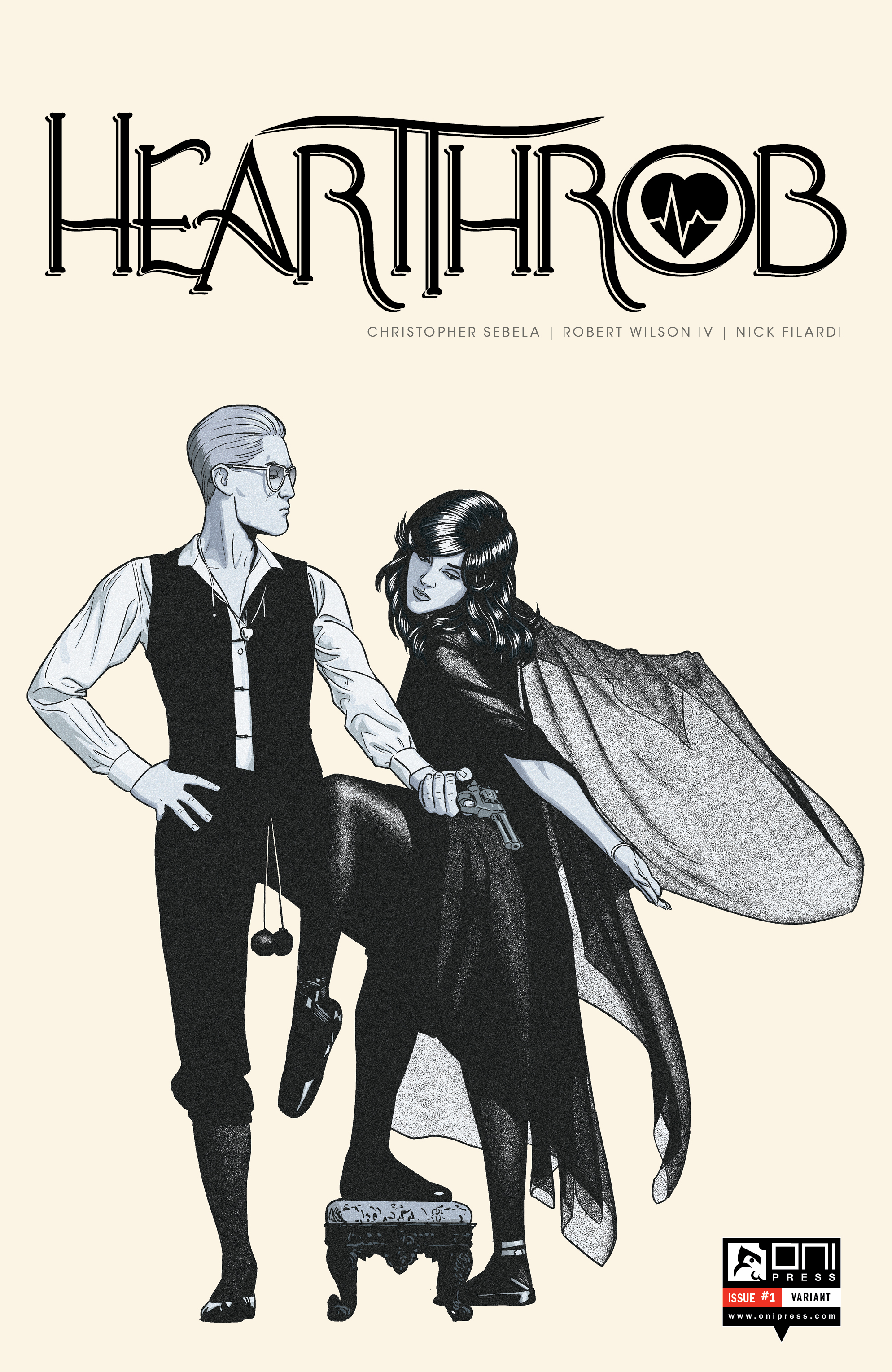 Are crime stories set in the ’70s just cooler than setting them in the current day?

CS: I think so, but that’s my natural urges at work. I feel like so much of storytelling in the modern age has to account for all these different ways that things wouldn’t work, and how to outsmart those circumstances. The crime stuff felt like we had to go back in time a bit.

The 70s was just a weird period for the world, and America especially, so that stuff adds a lot of charge to what we’re working on and we’ve taken a lot of direct inspiration from things that were going on then, all the fallout from the 60s and all the stuff that predicted the rise of the Me-centric 1980s. The 70s still feels cool.

What is the most difficult part about writing a character like Callie that has, for lack of better words, ‘voices from Mercer’ in her head?

CS: The hardest part for me is to keep Callie from repeating herself. She just naturally perseverates about everything and especially when it comes to love, where she’s gotten burned so many times, and now crime, which is a brand new life where she’s still trying to find her sea legs. I felt like I got Callie right away, or I thought I did. The more I write her, the more she shows off of herself that I’d never considered before and it’s strange.

Maybe I don’t have much problem writing the girl with voices in her head because I have Callie in my head. She’s always hanging out, always ready for me to run scenarios with her in them that she’ll either fit like a glove with or tell me no, this isn’t something she’d really do. It sounds like pretentious pinky extended fancypants writerspeak but it’s my ideal state with any book I do, that the characters come into their own and I’m less of a creator and more of a wrangler at that point.

Callie mostly trusts Mercer, at least at first, why is she so trusting? Or is it that she is truly in love? 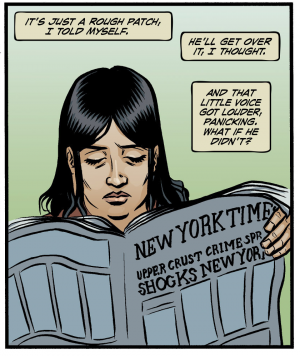 CS: I think Callie is definitely in love. Or that she recognizes all the signs that she’s in love. The sweaty palms and heart beating too fast and stomach flip flopping all show up when Mercer does.

Throw in his confidence and knowledge and smooth talk and he feels like the complete package to her, even if he does lack things like a body.

But maybe those physical reactions are the reactions of a heart meeting its old owner and Callie mistakes them for love.

Callie starts out as too trusting. Her boyfriend when we open is cheating on her with the head of HR and trying to beat out Callie for a promotion and she doesn’t realize at all.

Callie falls in love too easily, there’s a reason her past is a highway lined with burning wrecks of the dudes she loved before, because Callie is not cautious in love and when she falls for Mercer, it’s 100% commitment to the idea that drags any hesitations she might have about becoming part of a nationwide crime spree over the cliff with it.

RWIV: To an extent, I feel like she’s so trusting because she’s has pretty pure intent, despite the whole crime thing and even that she is at least a more ethical criminal than most.

What’s next for the Heartthrob team?

CS: We’re working on the second season now. Robert’s deep into drawing, Nick is coloring and I’m writing. Robert and I are collaborating a lot closer on this arc, breaking down story stuff together on the rest of this season, so that’s a fun new wrinkle that we’ve just kinda danced around up until now.

This is a lot more of an official thing and we’re cooking up some fun stuff for this season to make it bigger in all sorts of ways compared to the first season, while still keeping this one long story of a guy and a girl in love and everything that goes wrong as a result of it.

We all love Stevie, but Lindsey Buckingham is really Fleetwood Mac, right? Who is everyone’s favorite band member?

CS: Stevie for me. She’s been a huge inspiration not just on the story we’re telling or on Callie as a character, but as a way for me to see the bigger picture of what I want this story to be when we reach the end. Lindsay and Christine are both neck and neck for 2nd and third places, but Stevie contains multitudes.

RWIV: I totally get the argument for Lindsey. He’s an amazing songwriter and musician. However, my heart still belongs to Stevie. 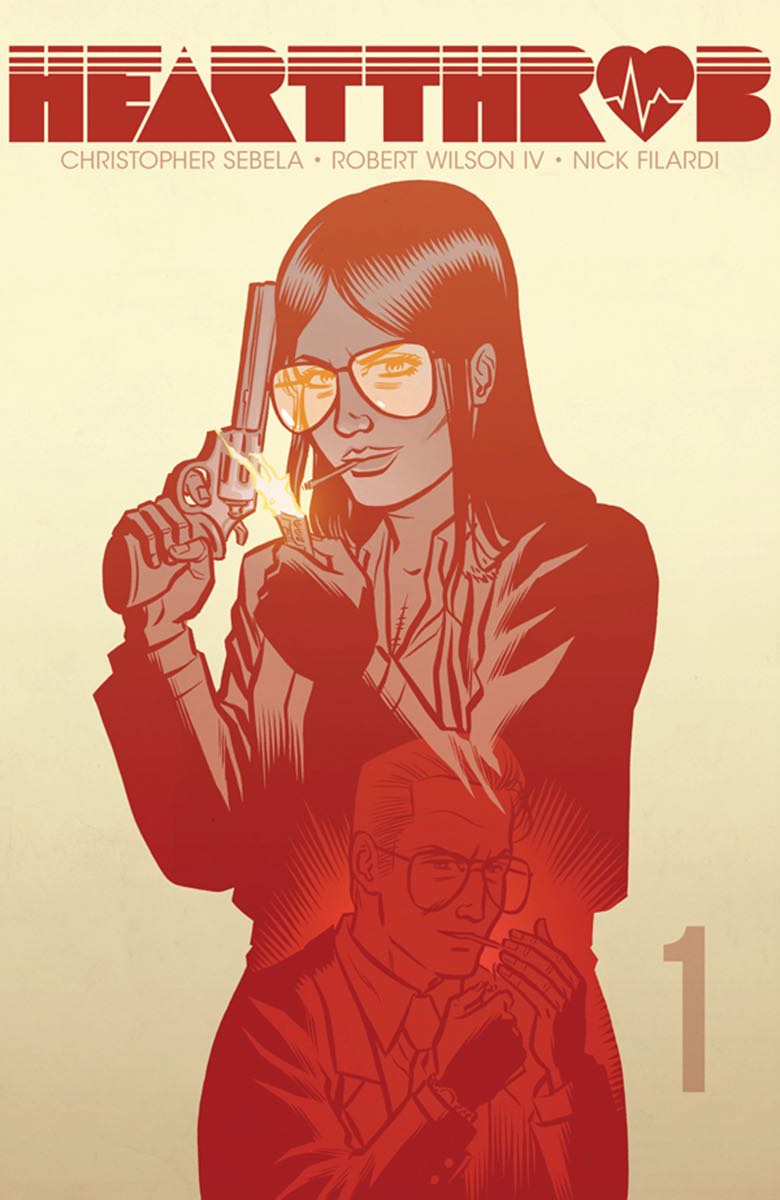