You might not be familiar with Joe Casey’s name, but you certainly know his work.

Since breaking into comics in 1998, Casey has written some of the most iconic characters in pop culture including Superman, The X-Men, The Avengers, KISS, The Fantastic Four, G.I. Joe, Miami Vice and Batman.  His comic writing also includes a large number of creator owned work including Full Moon Fever, Catalyst Comics, Sex, The Bounce, Butcher Baker, the Righteous Maker, Nixion’s Pals, Gødland, Rob Liefeld’s Youngblood, and Jack Kirby’s Captain Victory and the Galactic Rangers.

Casey and artist Chris Burnham’s 2010 graphic novel Officer Downe, which focused on a savage LA policeman who is repeatedly resurrected and returned to active duty via dark science technology has been adapted to film and arrives in theaters, via Digital HD and On Demand next week.

Joe took some time to discuss the film, the art of adaptation and his love of hate watching.

FOG!: What was the genesis of the original graphic novel? How did artist Chris Burnham get involved?

Joe Casey: Officer Downe started as a comicbook fever dream that I first came up with about twelve years ago. For six long years, that fever never broke — until I roped Burnham in to draw the damn thing. From there, we just had a good laugh being as over-the-top and exploitative as possible. As it turned out, that method worked out really well, and the end result was something that, for me, I couldn’t have been happier with. I’m proud of its subversive qualities and its directness and its ruthlessness. It is what it is and that’s all that it is. 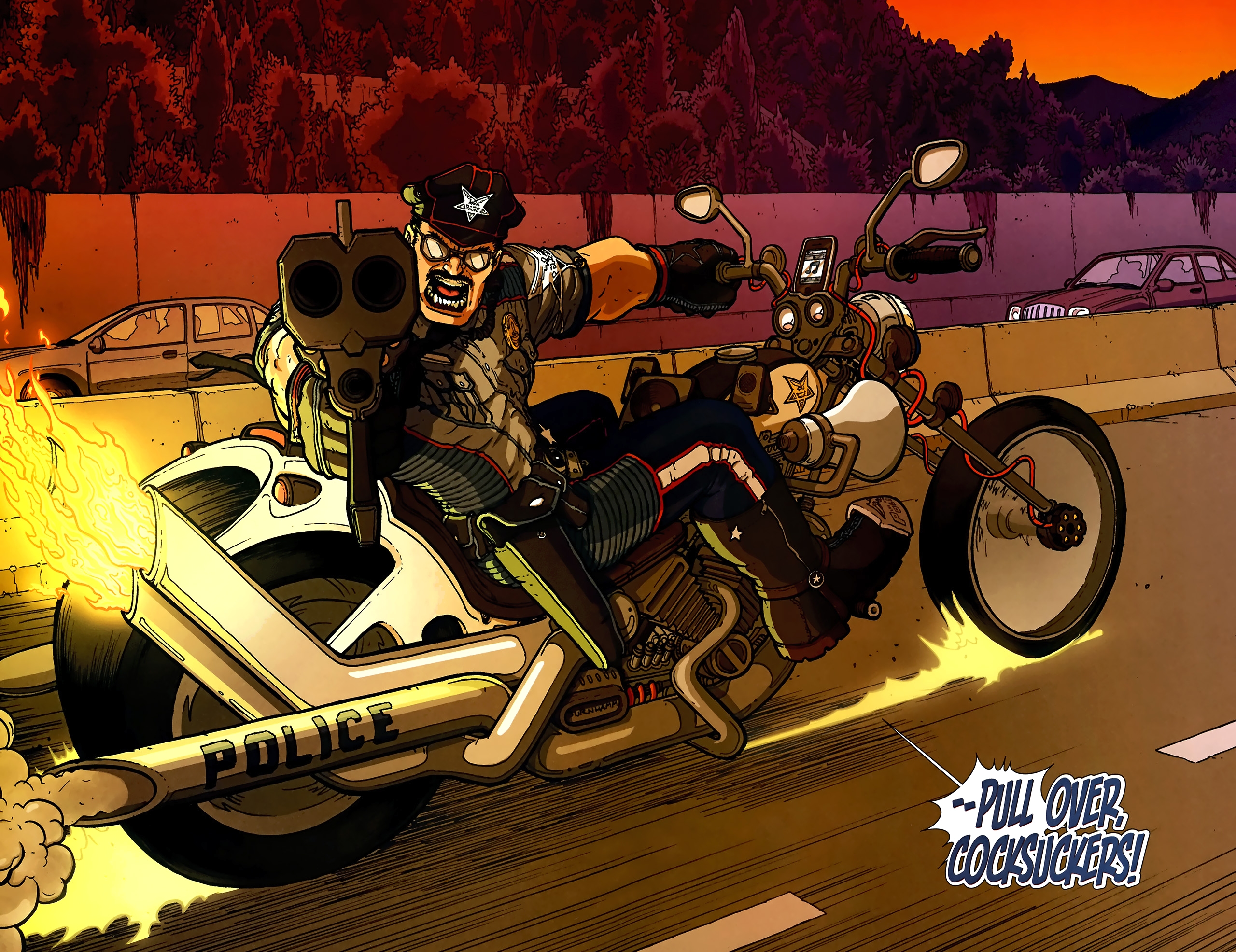 You sold the rights to Mark Neveldine and Skip Williamson to adapt Officer Downe to film contingent to you staying involved. What was the overall process like?

To be clear, we didn’t sell the rights to anyone, per se. Nev and Skip approached me about the film rights, I countered with the notion that we find the money and make the film together as creative partners. So, yeah, I stayed involved like a motherfucker. The three of us were the initial, driving force… three producers possessing various levels of credibility trying find enough money to make this weirdo movie. Once we did, we went balls deep.

You wrote the screenplay. Did you find any unexpected challenges that you wound up having to change during the process?

If you happen to be in the correct mindset to write this kind of material, you just ride the wave. I did, anyway. The scope of the movie is bigger than the graphic novel, which is surprising considering the relatively modest budget of the film vs. the unlimited budget of a comicbook.

With the comicbook, it was as punk rock as it gets. But I think the film aspires to put out more of a stadium rock vibe. The challenges were more about how to explode the emotions inherent within the material, the subject matter and the characters. Total cult blockbuster mentality in action. I don’t remember anything particularly unexpected about the process aside from how much I ended up getting away with. 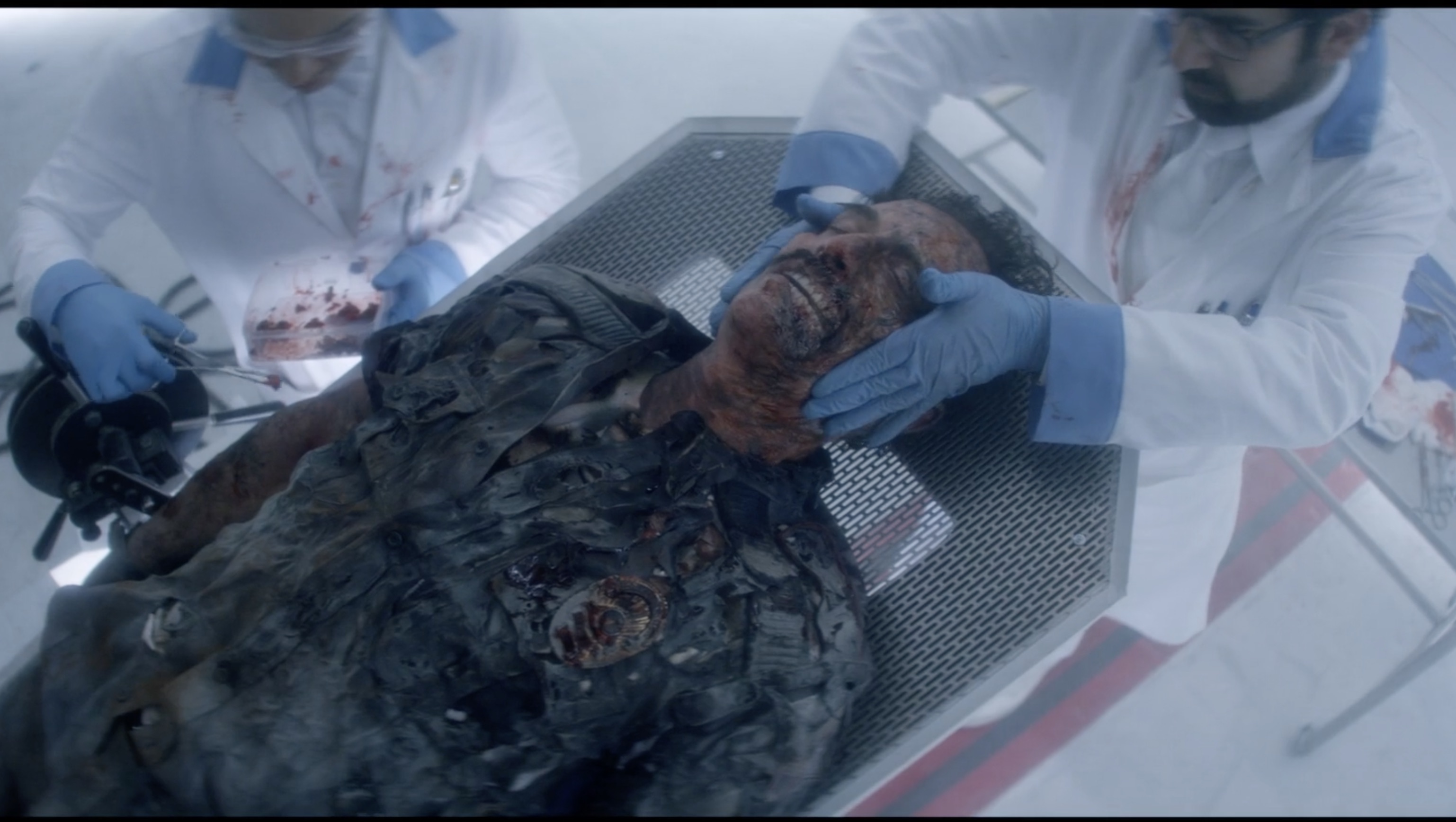 Over the last several years you’ve abandoned writing comics for DC and Marvel to focus on creator owned material. Do you find that more satisfying?

I wouldn’t say I’ve “abandoned” writing for the big two WFH publishers. At least, not in my own demented mind. Childhood nostalgia alone means I will always have an unhealthy attachment to those characters. But owning your own shit is really where it’s at. Especially now. Beyond pride of ownership, the cultural landscape has made this kind of material extremely valuable.

With the existence of this film, we’re living the dream here. Publish the comicbook, make the movie. Simple.

Are there other comic properties that you created that you’d like to see adapted to another medium?

When I make creator-owned comics, I never, ever think about them in any other way than simply being a comicbook. That’s how they have to work, first and foremost. And that’s more than enough, isn’t it? A good comicbook is worth its weight in gold.

The truth is, I never thought that Officer Downe would ever be anything more than a cult-level graphic novel (if that). And that was perfectly fine with me… I was more than happy with the work we’d done, I thought it had turned out great, and was completely creatively satisfying on just about every level that matters. I love comicbooks, so to make them is still a privilege, each and every time. So, to answer your question, sure… but I could never predict which ones might get that magical tap on the shoulder…

You’re also part of the creative group, Man of Action Entertainment, co-creating Ben 10, Generator Rex and Big Hero 6. That work seems to focus on all ages material. What do you find satisfying about writing for a younger audience?

A reader or a viewer that you can grab young… that’s a fan for life. So it’s satisfying on that level. Writing to an audience that’s not so jaded is always nice, too. But I think something like Officer Downe suggests that man cannot live by “nice” alone. He needs a little “nasty” in his diet.

Besides the movie opening on November 18th? A ton of stuff, but it’ll all be released next year, probably. Right now, the 18th is what I’m really focusing on, because I’m psyched for people to see this thing for themselves. I’ve been living with it for several years at this point. Time to unleash the beast.

I’m a big hate watcher. I know how that sounds, but I actually get a big kick out of it. It’s very much a spectator bloodsport. It’s often how I relax. When you’re actually in the business, you tend to watch things — at least I do — from a certain perspective. You’re looking for the strings, so to speak. In terms of what I “geek out” over… that’s a tough one. I’m in a certain groove right now where I’m producing a lot of material in various mediums, all at once. So there’s not a whole lot of time to indulge my inner geek in the ways I really get off on. And I do get off on it, when I have the opportunity.

My geekiness can go pretty deep and pretty obscure… I mean, who else besides me would feel such a jolt of electricity owning original Mike Baron manuscripts of his Flash comic scripts from the late 80’s? I’m a process junkie… whether it be comicbooks, movies or rock n’ roll. So anything that goes deeper into the creation of the junk arts, I’m down for it. 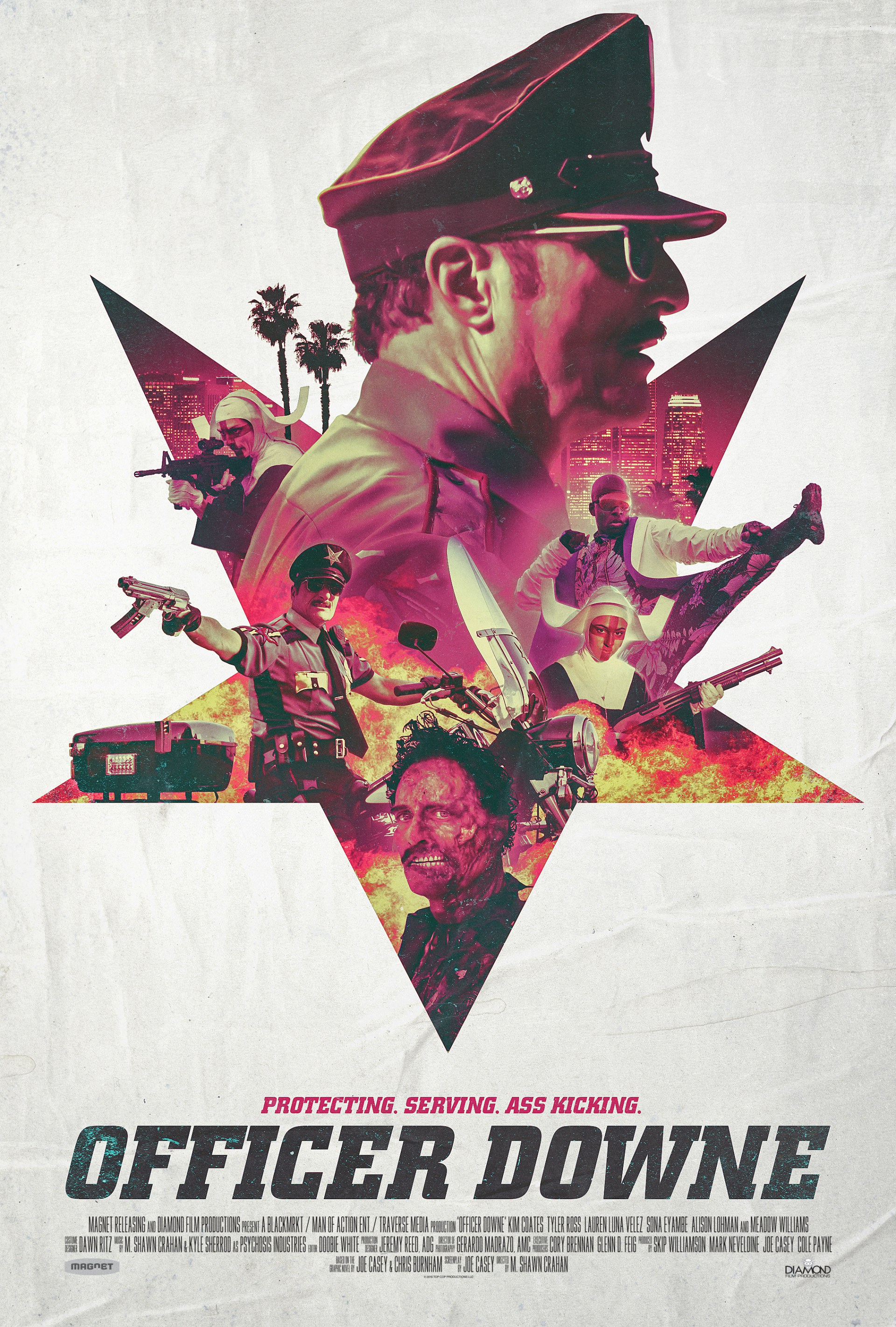