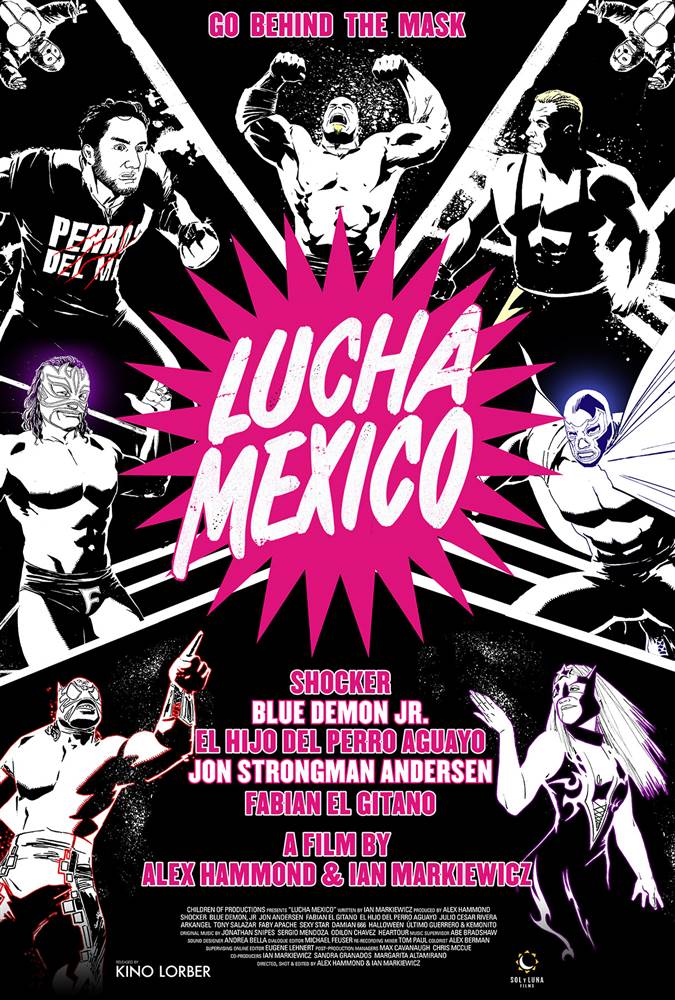 LUCHA MEXICO, a new documentary by Alex Hammond and Ian Markiewicz that takes viewers inside the world of lucha libre wrestling, is now available on DVD from Kino Lorber’s Sol y Luna label. Featuring a cast of fan-favorites, including Shocker, Blue Demon Jr., El Hijo Del Perro Aguayo, Jon Strongman Andersen and Fabian El Gitano, the film provides a close-up look at the lives of modern Luchadores, and explores the appeal of the fight between good vs. evil amid the cultural conditions of crime and economic struggle in Mexico City.

Now available on DVD with a SRP of $29.95, LUCHA MEXICO comes packed with a booklet with wrestler cards, and an extra hour of special bonus content including more stories, more masks and more action. The film is also available on VOD platforms including iTunes, Amazon, Vudu, and Google Play.

The high-flying documentary takes you into the impassioned world of lucha libre wrestling, where masked warriors fight mythological battles in the squared circle. 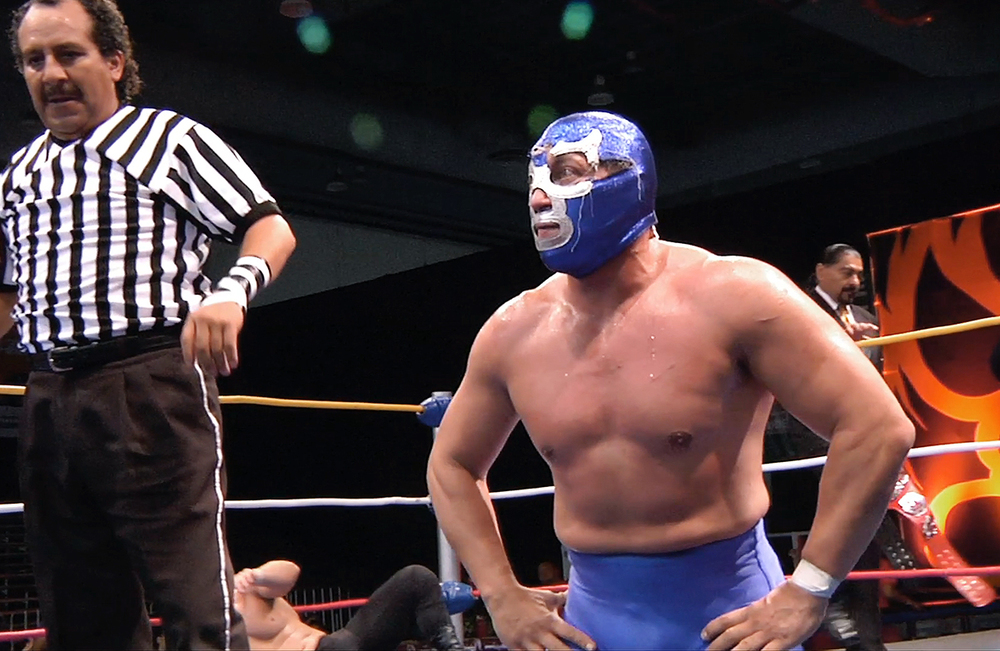 LUCHA MEXICO was released theatrically earlier this year by Kino Lorber’s Sol y Luna label, dedicated to curating a wide selection of Spanish-language films for both art house moviegoers and growing Latino audiences. The film screened in key national markets including New York, San Francisco, Chicago, Boulder and Houston, and was an Official Selection of the 2016 DOC NYC Film Festival, where the Village Voice said, “The film is one of the fest’s [DOC NYC] most generous in terms of breadth – there are revelations about the sport, its performers, and its fans every few moments, and the screen bursts with color and wild motion.”

Directors Alex Hammond and Ian Markiewicz were given access to all the major lucha organizations, and take you deep inside the Mexican lucha libre culture, documenting its rich traditions and colorful style. The heart of the film is the second-generation luchador Shocker, the self-proclaimed “1000% Guapo” superstar who suffers a serious injury and faces the reality of life without wrestling. A hard-hitting spectacle of high spots and low blows, LUCHA MEXICO is a must-see for both pro wrestling fans and those who fight for what they believe in.