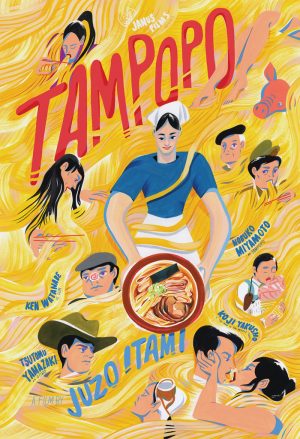 Should I ever end up in the hospital for any length of time, a properly prepared rainbow trout with pecan crust will speed up my recovery three-fold. A certain jar of marmalade will allow me to see through time and space.

And I would happily commit crimes for a good–a really good–bowl of ramen.

That may be why a movie like Juzo Itami’s 1985 cult classic Tampopo speaks to me so.

It’s not just a movie about making noodles–a “noodle western”, as it is sometimes called. It’s a film about food as art, food as a rite of passage, and food as a character-developing experience. This is laid out almost right at the beginning as a nameless old man teaches his student the art of eating noodles and frames much of the experience in terms of showing affection and gratitude to the contents of the bowl. 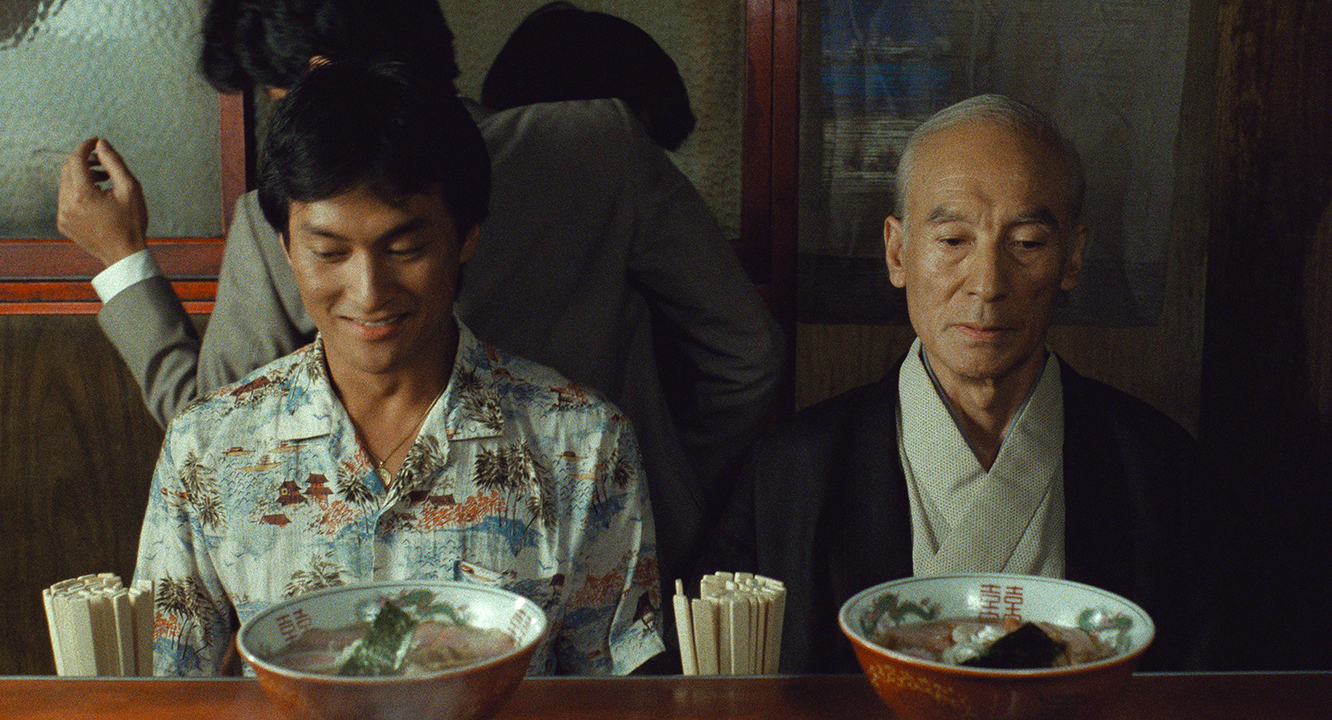 On the surface, the film tells the story of truck driver Gorō (Tsutomu Yamazaki) who stops at a small roadside noodle shop and agrees to train the young widowed owner, Tampopo (Nobuko Miyamoto), in the fine art of Japanese noodles. Together, they train physically, work on fundamentals, and examine the methods of both local competitors and acknowledged noodle masters. Along the way they pick up various experts and specialists to help transform Tampopo into a first-rate noodle chef. There are some rough types who hang around Tampopo’s shop to add some tension, but even they are devotees of fine ramen, and that devotion transcends any animosities. It’s a fascinating journey for the main characters, and a joyful movie overall.

While the main plot has elements of classic American westerns (stranger comes to town to help the put-upon widow and son, challenging locals, unexpected allies, winning over the townspeople, a Quiet Man-style showdown, riding off into the sunset, etc.), interspersed among these scenes are a multitude of vignettes that explore the food experience in other ways. There is the brace of Japanese businessmen who each place uninspired orders at a fancy French seafood restaurant–save for the young, brave junior assistant who shames his elders with an extensive knowledge of the menu (written in French). There is the class in which a very straight-laced woman attempts to teach a group of young women the “proper” way to eat Italian-style pasta–silently and neatly, but fails as a Western gentleman on the other side of the restaurant joyfully slurps his spaghetti and sauce. There is the gang of homeless who are all well-versed in regional cuisine and vintage wines, and break into empty kitchens for a touch of fancy cooking. There is the dying woman who makes one last meal for her family as an act of love. 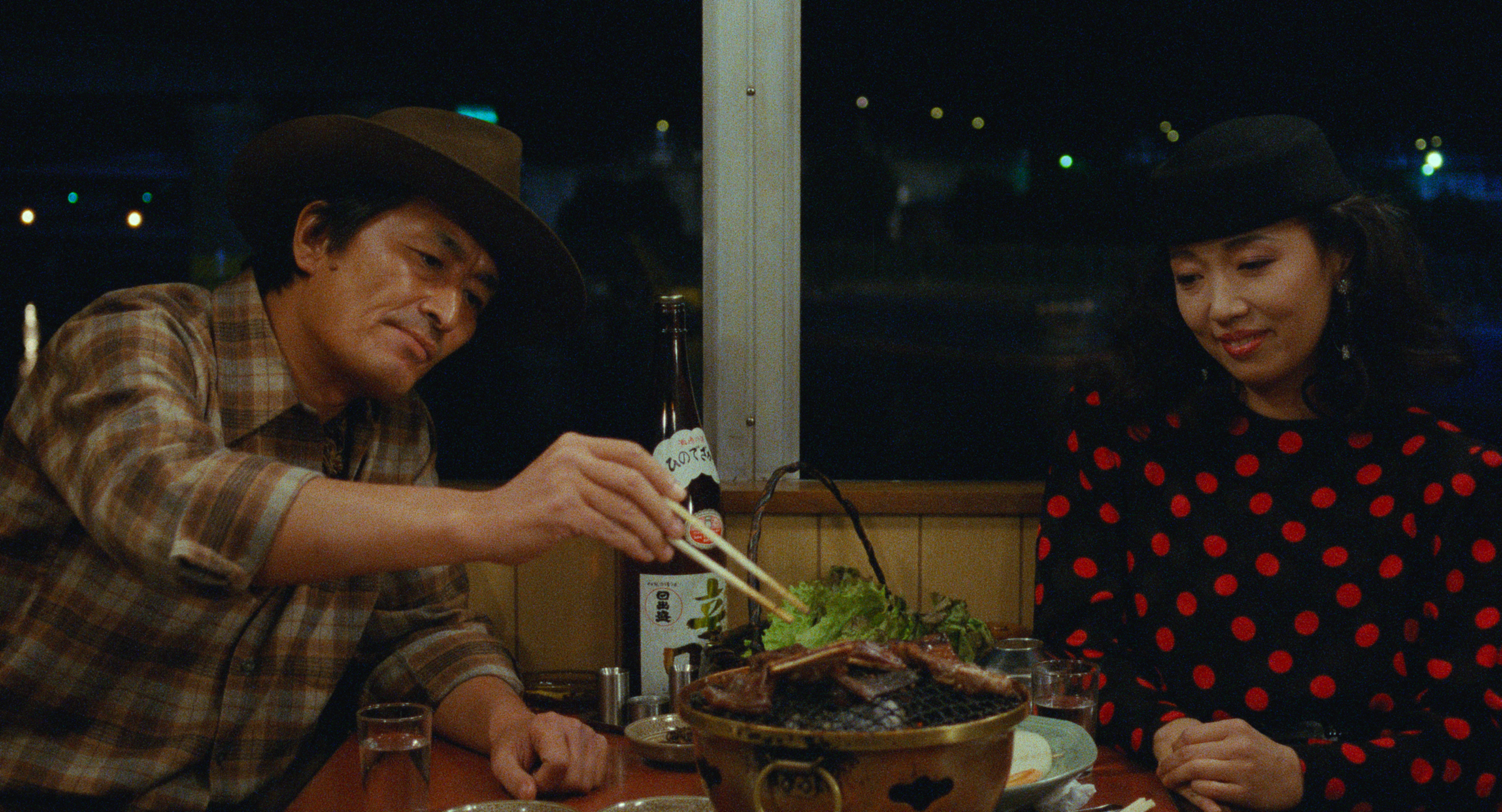 And that’s just a few. Tampopo is full of such scenes. Furthermore, the story is framed by a subplot involving a gangster type and his girlfriend who, like nearly everyone else in the movie, are dedicated epicureans, although in their case there are themes of sex and violence involved as well. When the various threads of vignettes and subplots are joined, the inevitable bloody death of the gangster includes his appreciation for yam sausages. Moist poignant, however, would be the closing credits scene of a child breastfeeding.

It is a masterpiece of a film. And I’d be remiss if I didn’t point out its excellent use of lighting in the most significant scenes, and a lively orchestral soundtrack from composer Kunihiko Murai (Shogun Assassin, Lone Wolf and Cub).

Juzo Itami (1933-1997), who both wrote and directed Tampopo, made an instant splash with his first film, The Funeral (Osōshiki) in 1984, a comedy about a family having to organize a funeral following the sudden death of a husband and father. All of Itami’s films lean heavily on social observation and satire.

In 1992, following the release of his anti-yakuza film, Minbo, Itami was attacked and slashed in the face by members of the Gotogumi yakuza clan. They also claimed responsibility for Itami’s supposed suicide in 1997 by forcing him to jump from the roof of a building or be shot in the face.

While Itami may have only had ten movies to his name as director–all of which are highly acclaimed in Japan–his international legacy is solidly assured with Tampopo. 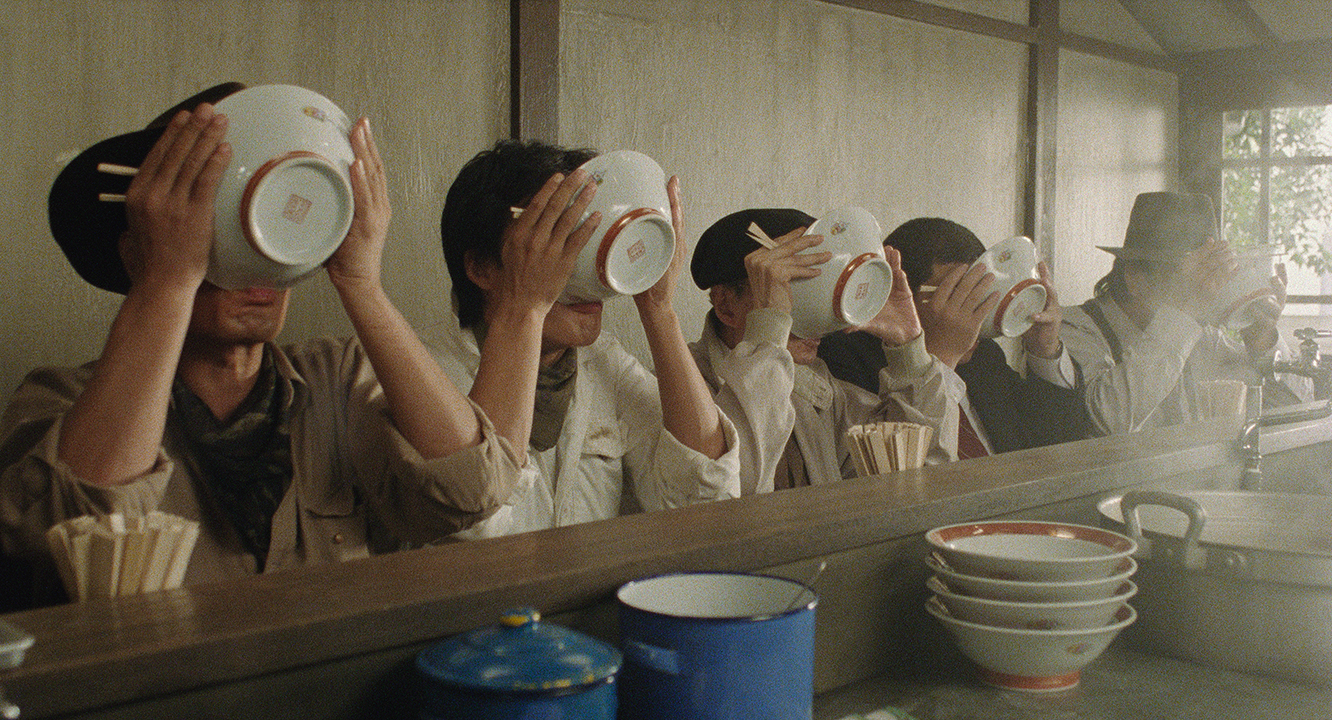 A 4K restoration was recently shown at New York’s Film Forum, and a pop-up ramen stand appeared for a night in Brooklyn. This all served to whet the appetite for a new Criterion Collection edition which seems all but inevitable now.

Keep your eyes open for that or at your local art house theater where it’s currently playing.

So, if you’re hungry for a great cult classic, you can’t go wrong with Tampopo. If you love good food, this is your film. Just in the writing of this review, I’ve watched the film three times, from old, choppy VHS pirate copy to ultra-clear HD digital video, and each time I find something new to love about it. 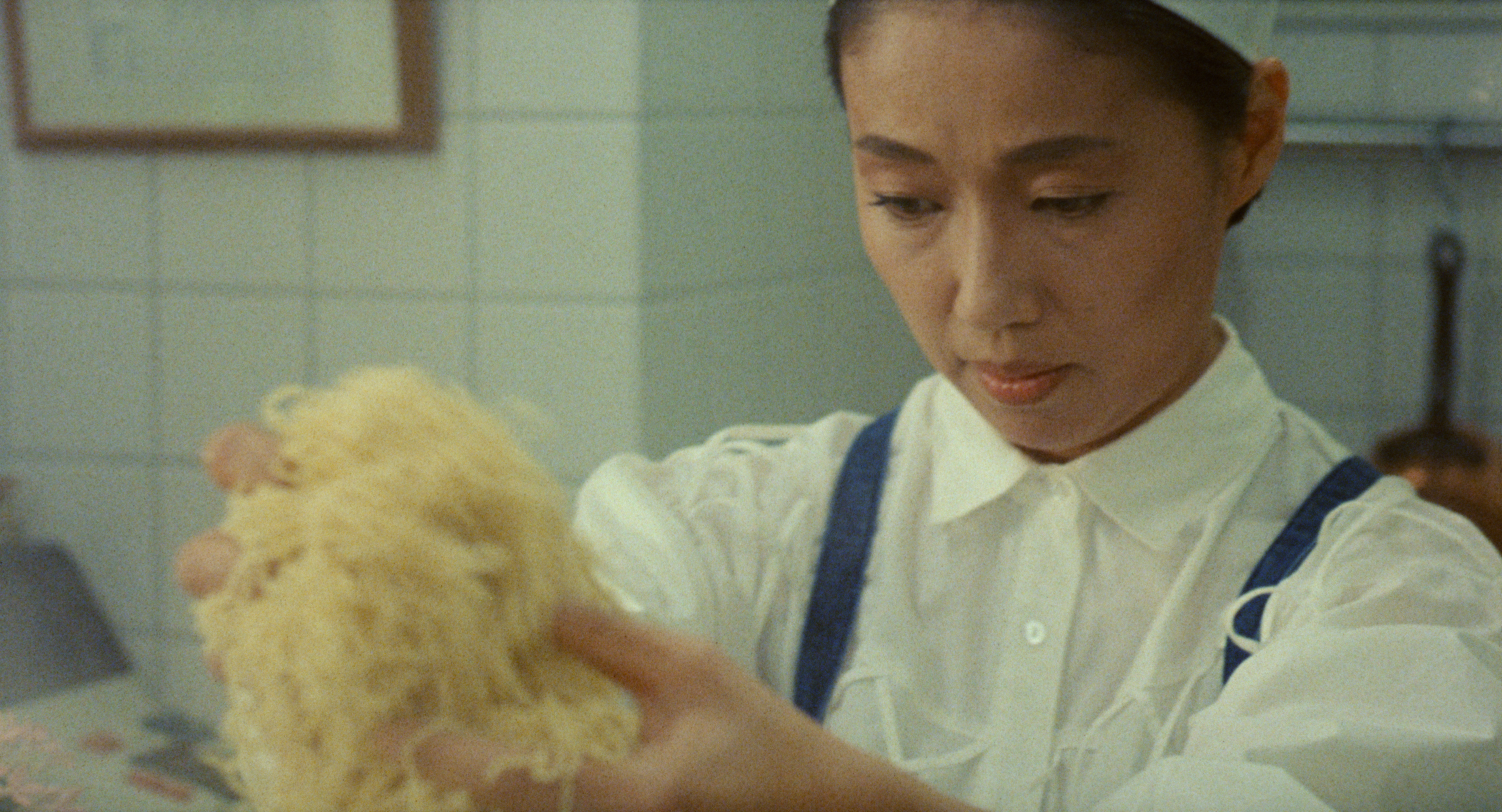 In fact, I’m hungry now. Sadly, the nearest noodle shop worth the name is over fifty miles away, so I’m going to break out a home-made Swedish rye and some orange champagne marmalade, then figure out how I can get more noodles in my life.

The 4K restoration of Tampopo is currently playing in theaters.