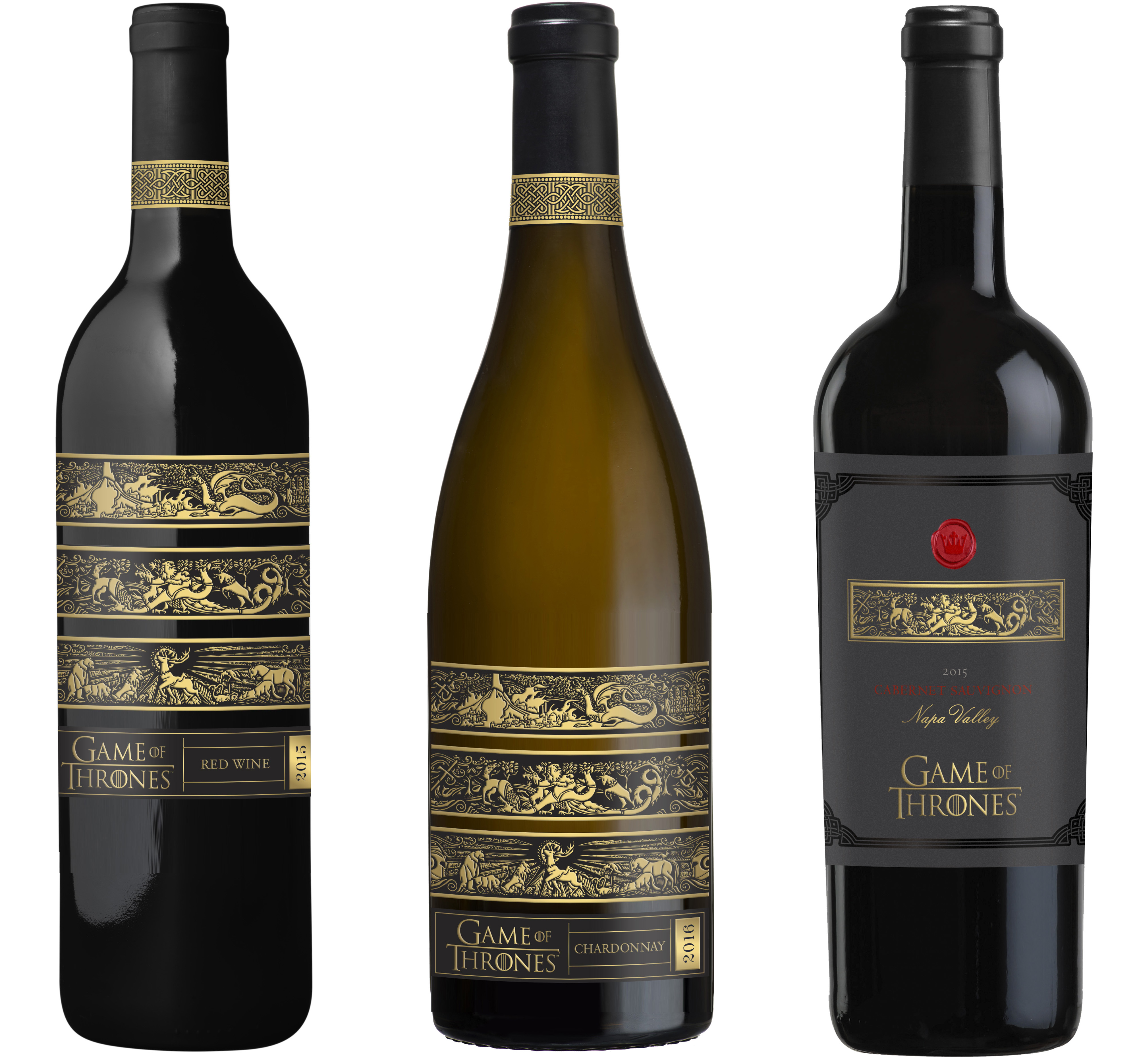 In a toast to the critically acclaimed and Emmy® Award-winning HBO drama Game of Thrones, California wine company Vintage Wine Estates has announced an exclusive partnership with HBO Global Licensing to produce a selection of Game of Thrones wines, which include a Chardonnay, a proprietary red blend and a reserve-style Cabernet Sauvignon, designed with the show and its characters in mind and credited to Seven Kingdoms Wines.

“Any fan of Game of Thrones appreciates the role wine plays in the saga,” observed vintner Pat Roney, President and CEO, Vintage Wine Estates. “We are very excited to partner with HBO to give those fans some delicious wines to sip as they plot their own paths to the Iron Throne.”

The Lannisters are perhaps the family that most enjoys wine in Game of Thrones, as siblings Cersei and Tyrion sip it at various points of the show, but the award-winning series often sees wine play a role in scenes throughout the Seven Kingdoms, from Dorne to The Reach. Tyrion’s legendary wit and wisdom tend to be most in evidence when wine is close at hand. Arguably his most viral quote, “That’s what I do: I drink and I know things,” is stated as he sips from a goblet of wine and ponders the best course of action with Varys, Missandei and Grey Worm.

“Given the prominent role of wine on Game of Thrones and our previous success in the beverage category, an officially licensed wine for the show feels like a natural extension for our fans,” explained Jeff Peters, Director of Licensing and Retail for HBO. “Game of Thrones wines most definitely will add to the fan experience as the battle for the Iron Throne heats up heading into the final seasons.”