Critical and consumer reaction to Rogue One: A Star Wars Story varied even before the film was released.

Fans, hungry for every detail out of Disney, were worried by rumors of reshoots, and quick to pounce on its general disturbance in the episodic force of the saga.

I found the first half of the film hard to warm up to, probably influenced by the pre-release anxiety, and definitely influenced by the lack of strong characters, choppy story structure, and uninspired decisions by director Gareth Edwards. The film gets better though, and is more emotionally powered to the franchise than The Force Awakens.

It is a film lush in Star Wars detail, and the special effects are integrated naturally, which Edwards is known for.

Let’s just forget about the Peter Cushing in the room. You may fire when you’re ready at that movie misstep.

From Rogue One, here are my favorite observed details on screen…

It’s one of the first details the movie gets right, right after its “long time ago in a galaxy far, far away” starter.

Sure, there was also an appearance of blue milk, or whatever that is, in The Force Awakens, but you know what wasn’t as prominent in the three prequels before it? Blue milk. 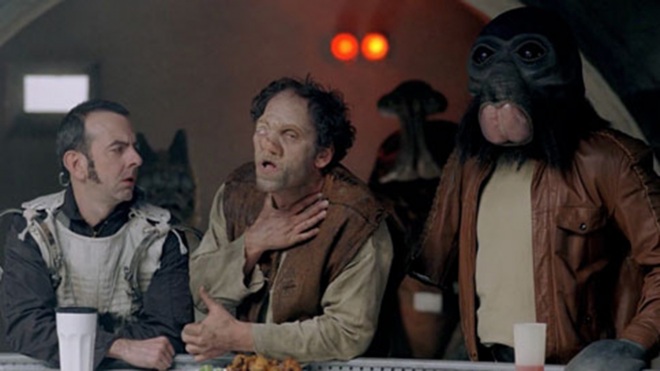 One of the more obvious winks to the audience (more so than the repeating of the word “hope” about twenty times) is the appearance of this familiar bad-tempered grouch. Best yet, he’s pals with Ponda Baba, a.k.a. Walrus Man, and probably on his way to pick more fights at the Cantina Bar, which speaking of which…

CENTRAL CASTING FROM THE CANTINA BAR 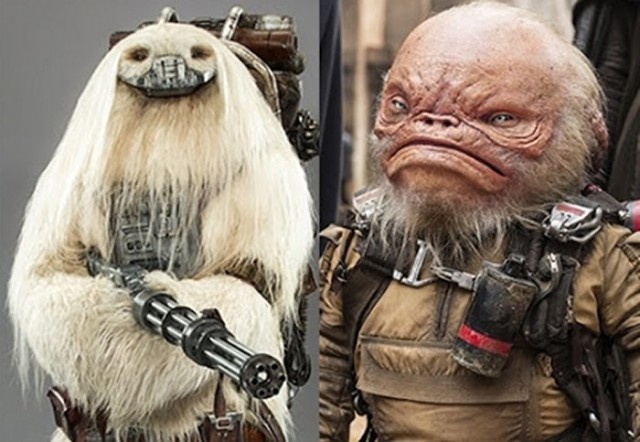 There are scenes with hundreds of non-CGI extras, which means a lot of folks dressed in a mix of generic and specific costuming. This is the Star Wars I was looking for. 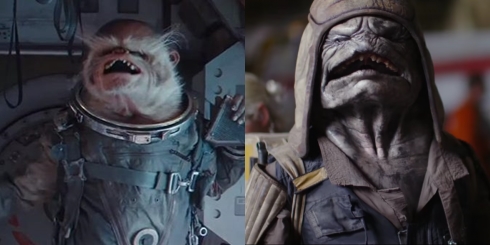 At one point, I believe I spotted a couple background humanoid extras wearing simply bucket on their heads and leftover robes from that new Ben-Hur movie. I am sure of it. 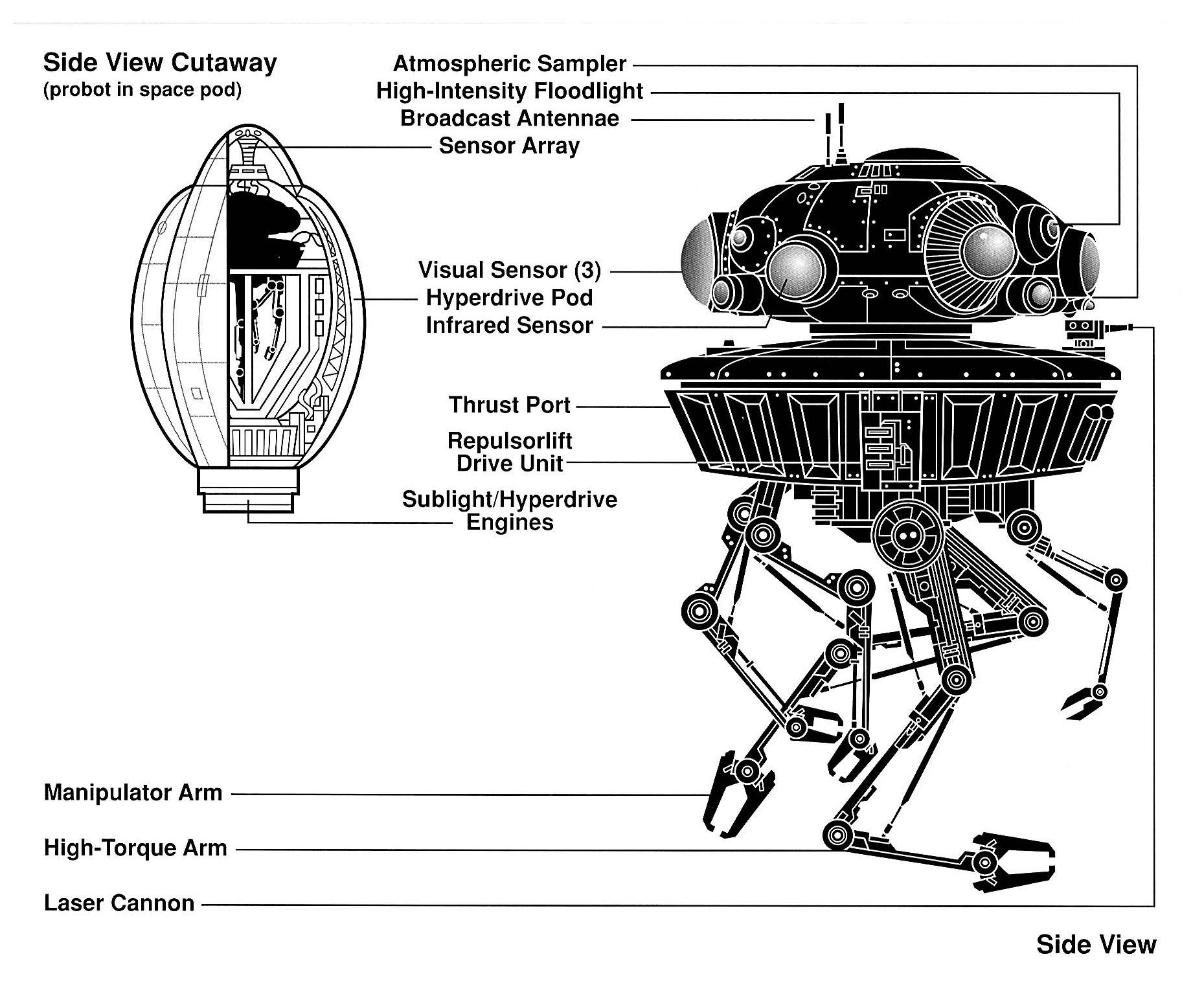 Sure the AT-ATs in a new tropical setting makes for a killer battle sequence in the new film, but look closely for the rogue probe droid shopping in the Jedha Marketplace. I mean, really, what do you get for the probe droid that has everything? 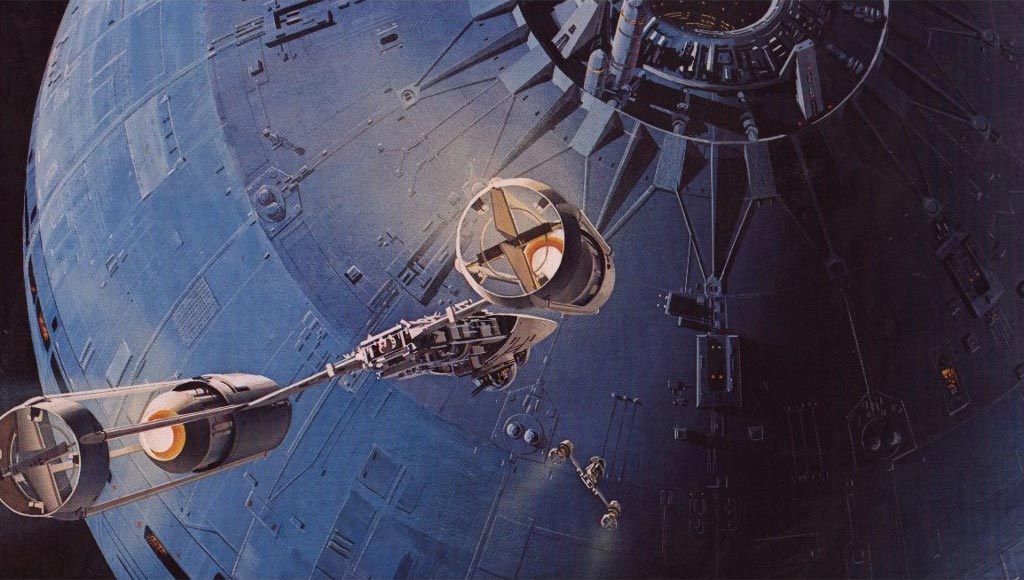 This film felt at times more like the worlds created in conceptual art by McQuarrie, which we fell in love with in book-tie ins as kids, than any of the saga’s episodes. The set piece in Rogue One getting most buzz and attention is the look into Darth’s castle.

This once dreamed location for Empire Strikes Back, was clearly designed by an architect with more than a nod to the popular functional-living deco trend on Mordor. 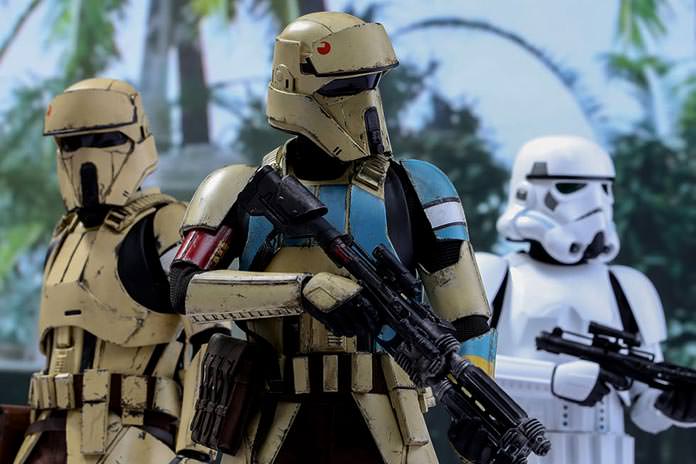 Those older white Clone Trooper costumes apparently fade into the same shade of yellow as your original Stormtrooper figures did in time. Perhaps the newer model of Stormtrooper was made with better, longer-lasting white armor? Whatever the reason, I tip my pointy Death Star helmet to them in approval, but still can’t get my vintage figures pearly white.

We’ve all been there. You finally got the zip drive containing the plans for the Death Star’s G-spot, and you forgot to adjust the satellite for transmission. Where’s galactic IT when you need them? It’s kind of humbling to realize that even in a galaxy far, far away, WiFi availability can be iffy.

If the imitative nature of The Force Awakens was the greatest form of flattery, then Rogue One succeeds as a tribute in other, more respectful ways. There’s no opening crawl, as this isn’t an episode. There are no trademark visual scene transitions (circular nor vertical wipes). What Michael Giacchino’s score lacks in originality (especially new themes), it channels the prior efforts of John Williams.

Also, it does it at exactly the right moments, feeding our nostalgia and possibly siphoning out tears. Especially that end credit celebration that makes you want to watch A New Hope again asap. 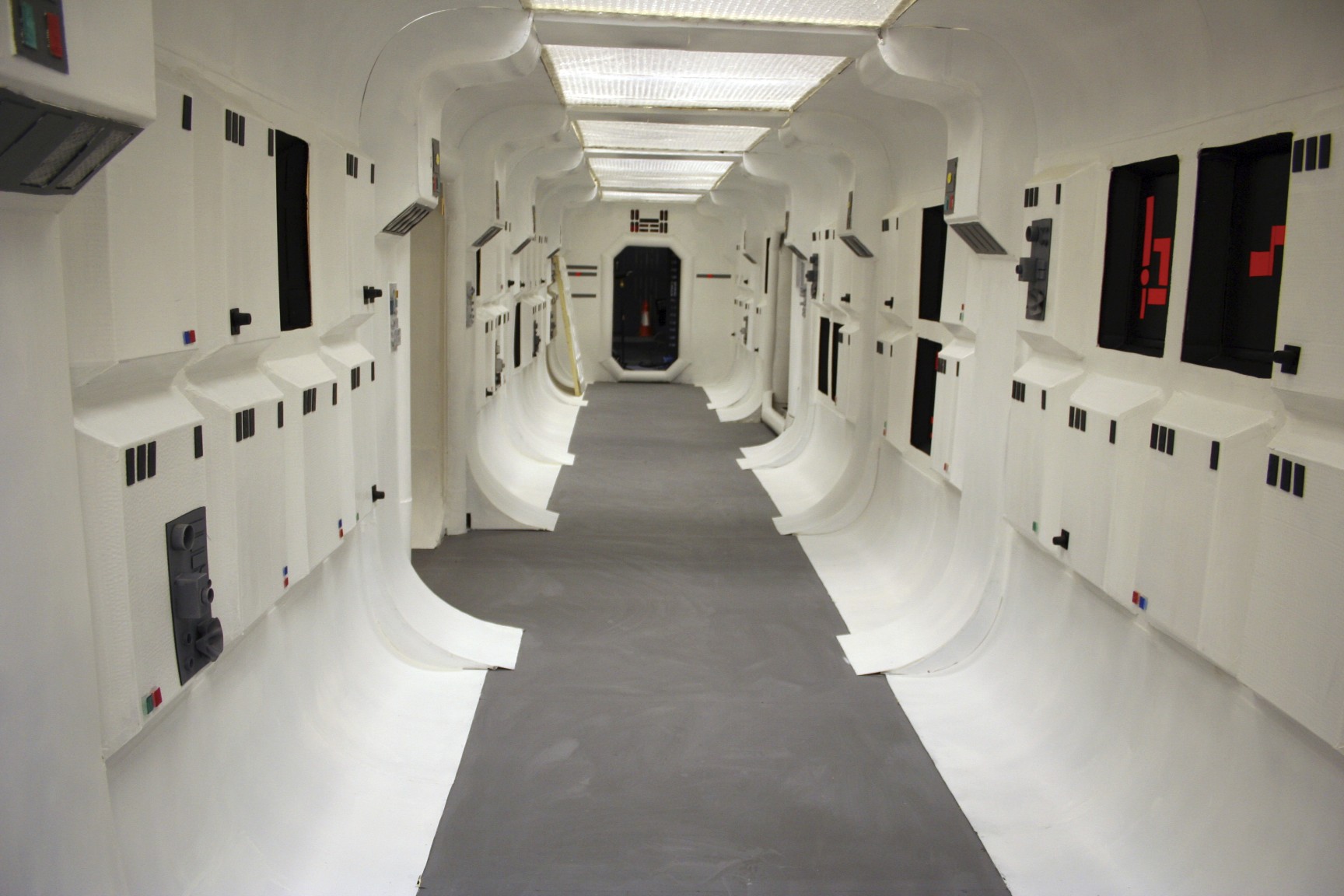 In this article:Film Appreciation, Movies/DVD, Nostalgia, Rogue One, Star Wars