I have always been intrigued by massive failures in entertainment; aborted high-concepts, mega-bombs, so-bad-it’s-great, etc. With all of Hollywood’s best analysts, marketers, and number-crunchers behind them, a major studio can—usually with a sure-fire license and/or star—estimate almost to the dollar how much a film can potentially succeed for them.

Failures, on the other hand, take fate. You can’t really “plan” a failure.

Well…perhaps in the mid-Nineties, a cabal of producers and media companies did do just that. Plan a failure. Called The Fantastic Four. 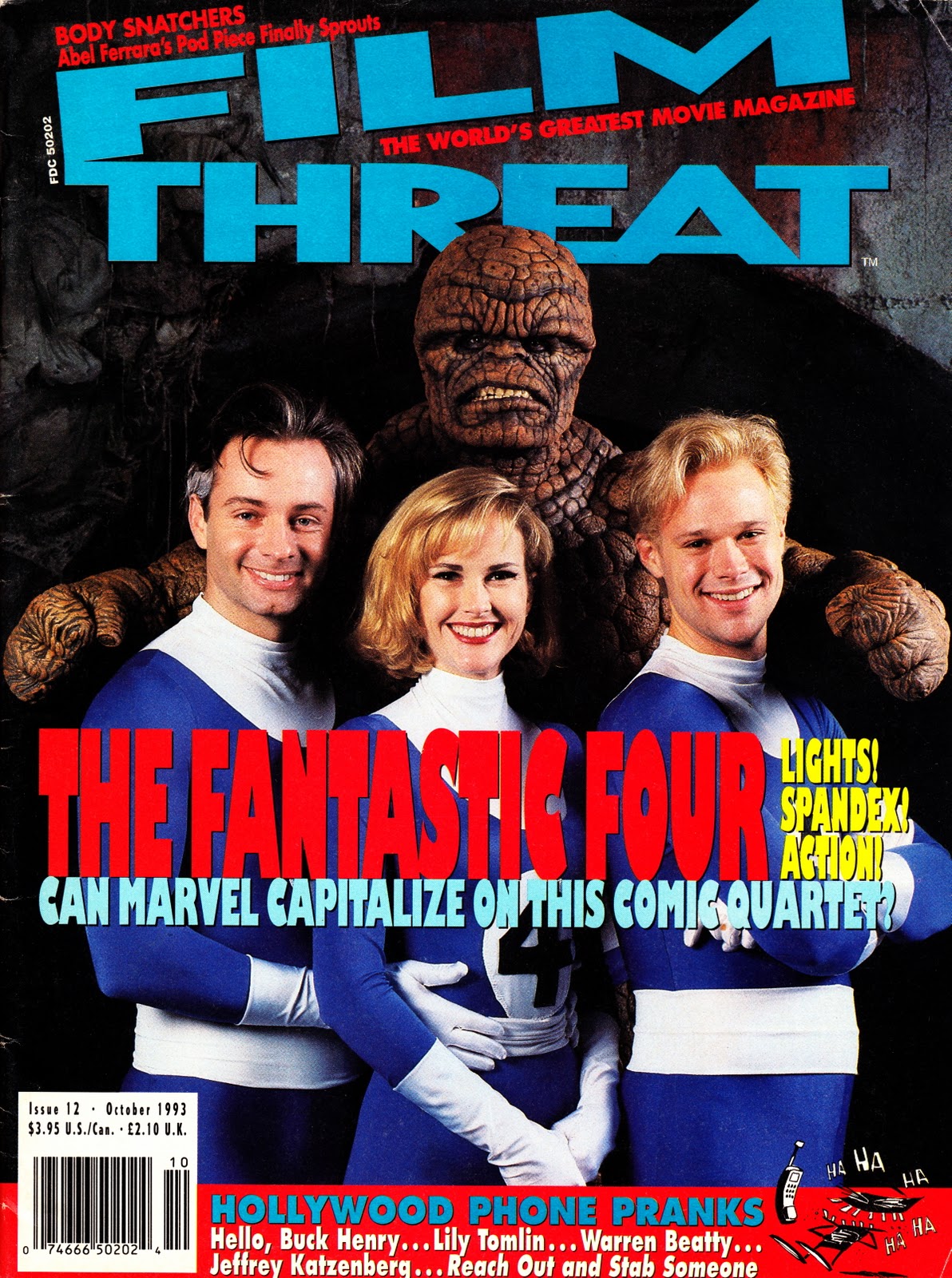 Wow!, I thought: somebody finally managed to do the impossible!

The smiling actors on the cover looked like the honest-the-God Fantastic Four!

OK, maybe the fact that Roger Corman’s people—straight from their 1993 Jurassic Park homage Carnosaur—were involved meant that it would be slightly on the cheesy side. But Corman knew how to do a lot with a smaller budget, and anyway all the Marvel movies up to that point were B-level or under anyway.

Fast-forward to 2013, with Season 4 of Arrested Development. An entire sub-plot revolved around an ill-fated Fantastic Four movie and its subsequent musical “revival.” This was obviously a reference to the unreleased 1990s film, with Ron Howard no doubt winking at his own days at the Corman studio. 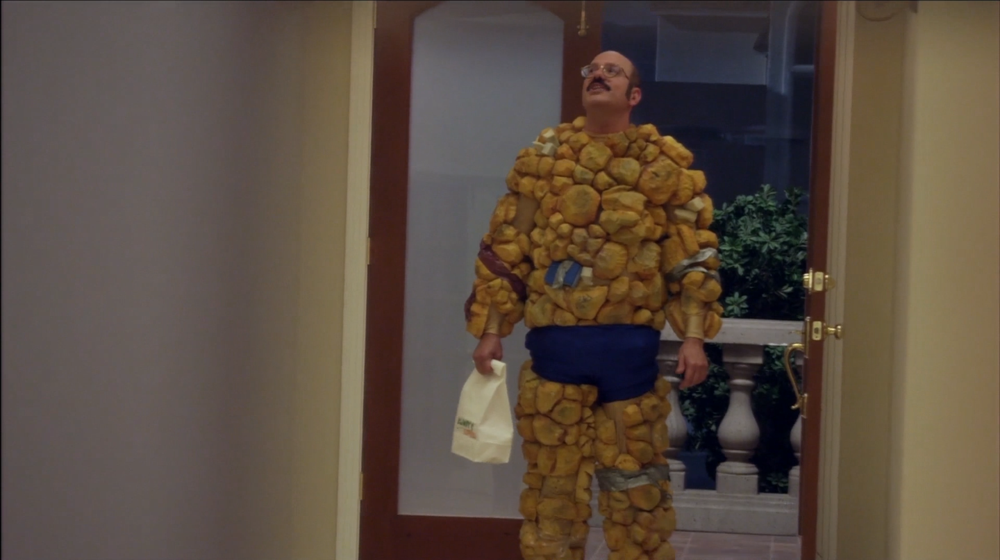 With the controversial box office failure of the 3rd stab at the Fantastic Four franchise in 2015 (the 2nd being the “OK” two movies in 2005 and 2007), the stage seemed to be set for a revisiting of the Nineties cinematic FF.

And so we have the recent documentary Doomed! The Untold Story Of Roger Corman’s Fantastic Four.

There is a whole genre of documentaries about “failed” motion pictures, from Lost In La Mancha (2002) to Best Worst Movie (2009), and Lost Soul (2014). The thread that runs through most of these documentaries is of a leader (director or directors) shepherding a team bravely through what seems like unbeatable odds…and then getting beat. The documentary itself becomes like the “second act” of the film, a bit of closure…actors and crew members, still seemingly shellshocked after so many years, trying to piece things together.

In the case of the Corman Fantastic Four, Doomed! paints a picture of a cast and crew who were very aware of the budgetary restraints of the movie but gave it 150% anyway. Even towards the end of filming, when suspicion started to mount that not everything about the production was kosher, they pressed on—but to no avail. Like the heroes from the comic book, they walked into a trap so diabolical that there was no way to escape. 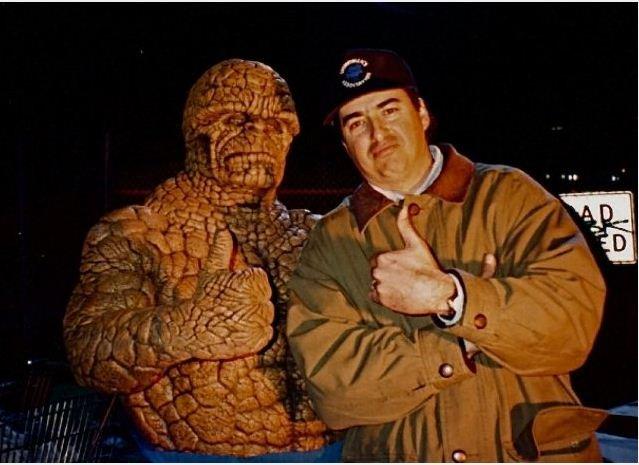 In the end, the production was caught in an unfortunate web of media companies bargaining over movie rights. Marvel was ready to produce their own movies, and had pretty much zero interest in this Corman production ever coming out.

Indeed, it is quite possible that the Fantastic Four was never meant to be released at all—that it was purposely created as a failure and a no-go, almost Producers-like in the level of shenanigans involved. Stan Lee publicly disavowed the picture while it was still filming, and Avi Arad was quoted as saying that Marvel purchased the film “for a couple of million dollars in cash and burned it.”

It’s not the purpose of this article to debate what actually happened to the movie—watch Doomed! for yourself and come to your own conclusion. 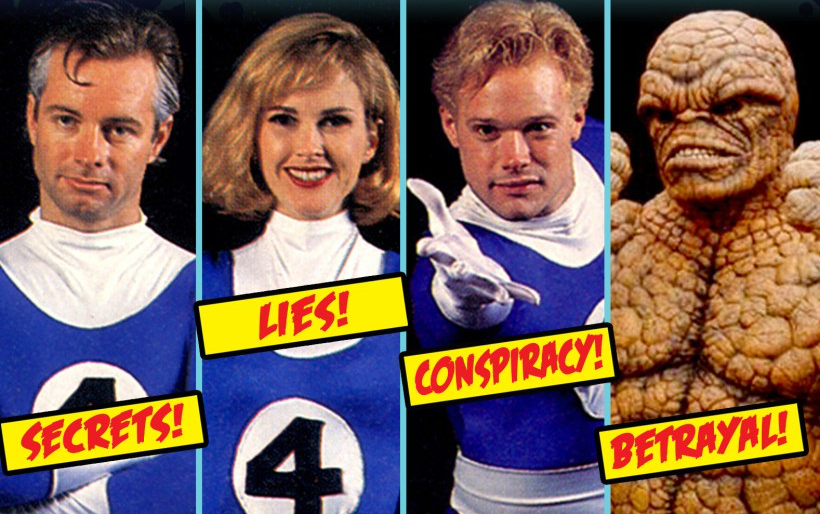 Of course, due to the gift of Fan Culture, the 1994 Fantastic Four was promptly bootlegged, probably seen by more people than had it been originally released in the theaters.

While the hopes of the original FF actors and director that Marvel will eventually give the movie a proper release seem painfully naive—I mean, this is a media conglomerate who held back the actual Fantastic Four comic book in protest against the 2015 version—I would offer that the fan response to the movie has superseded any possible “official” revival.

I could offer that, but it certainly won’t pay out any movie royalties to those involved.

I close with the observation that regardless of the level of failure these unfortunate films had initially experienced, the documentaries that chronicle their histories seem almost to be…the “real” movie.

It could be that the bringing together of the Fantastic Four actors and crew after 20 years, presented against the grainy backdrop of bootlegged movie footage, is actually more interesting and profound than the actual movie could have ever been. 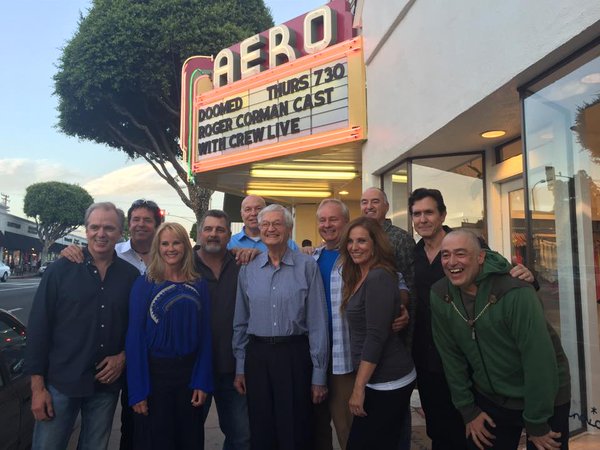 As their idealistic younger selves are juxtaposed with the older talking heads providing wise, and at times painful, insights…these creative people have a lesson to teach us. Is the lesson one of hubris? Of dreams deferred?

Or is it one of sheer endurance?