A hell of a week to start December! Let’s waste no time and jump into it! 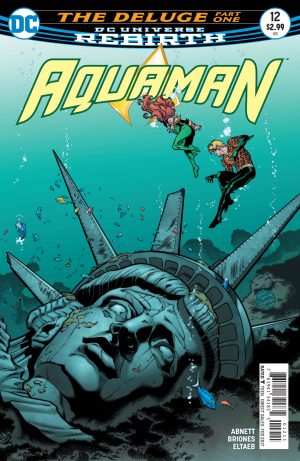 Part one of the storyline “The Deluge” begins here! Finally something is really happening on this title!

And it actually ties in to something that happened earlier in the series! (Issue 6, my favorite of the current series)

I enjoyed this very much!

It’s war! With the undersea army of N.E.M.O. at his command, Black Manta draws the U.S. and Atlantis into the war Aquaman has been fighting to prevent. Now the sea king races to uncover proof of N.E.M.O.’s deception before the two nations destroy each other.

It’s very cool watching the U.S. at war with Atlantis. Abnett writes a good story here and I enjoyed it and am looking forward to seeing where this goes. Briones isn’t my first choice as artist (Brad Walker is), but he’s been consistent and this book needs that.

Add one hell of a last page (the best this year) and you should pick this book up! 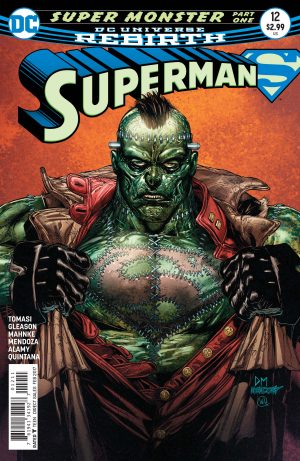 Doug Mahnke is back on this title and all is good in the world.

I’m glad DC is utilizing him for Superman.

Mahnke is a consummate professional and never fails to bring energy and style to any book he is drawing. Thus, it is with glee I starting reading this book. And it’s pretty damn good.

Frankenstein has come to Hamilton County, home of Superman, and Hell has come with him.

It’s Man of Steel vs. the Monster to save the life of someone in the town with a horrifying secret.

Now, the plot is pretty wacky to be sure. Yet, Mahnke does it all withs straight face and kills it on art. I love when he draws any type of monster and this is no exception.

The writing is fairly good as well. All in all, a decent book. Now let’s keep Mahnke on for more Superman issues, shall we? 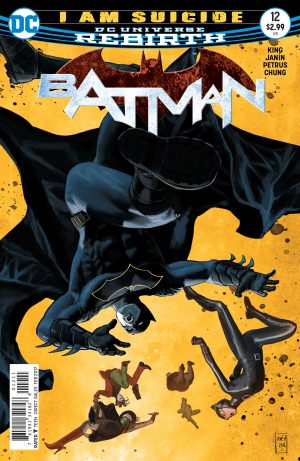 Man, Mikel Janin is good. Like really, really good. I prefer him for sure over regular artist David Finch. He just has a cool style reminiscent of Tim Bradstreet. Every picture is wonderful to look at and he has a hell of a story sense.

As good as Janin is, the story is still lacking on this title. King doesn’t do much to move the story along and it feels very padded.

There are very few story beats in this “I Am Suicide” storyline…and this issue is really just an extended fight scene.

There is no real meat here, and I wish there was. Still, The team works well together enough and it’s a fairly decent book. 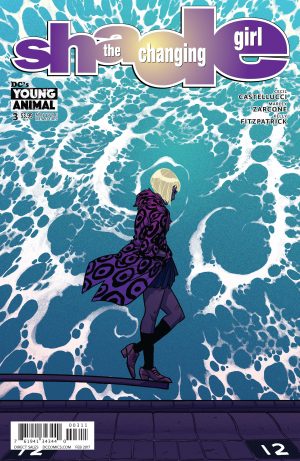 The Young Animal imprint rages on with this newest issue of Shade.

And it’s typically nuts, as the last two issues were. It’s more than wacky, but hey. We need that sometimes.

Even if you have no idea what is going on, it’s endearing and compelling enough for you to want to keep reading.

Trying to settle into her new life as an Earth girl, Shade finds the body she has taken over doesn’t have the same skills as it did when its previous inhabitant was in charge.

It’s bad enough that her swim team hates her, but now she can’t perform in the water at all. Can Shade find anyone she can trust to give her guidance before the madness takes over and exposes her as an alien to the entire school?

The writing is very sharp. The art is nice as well. This is a very nice comic book overall. If you are looking for something off the normal beaten path, why not give this a shot?

It’s a unique book, and you’ll never read another quite like it. 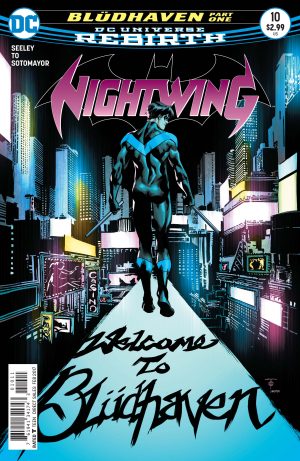 This is the beginning of another storyline for Nightwing.

And it’s okay. I have to admit I was hoping for more. Still, the art isn’t bad at all.

Marcus To would be a great permanent artist on this title so let’s hope they can retain him past this storyline.

This issue follows Nightwing going back to Bludhaven for a fresh start. He would like to forget the events of the last few issues, and settles down in that fair city. Trouble of course won’t let him be, and it won’t be long until he is off on a new adventure.

I wish Seeley’s story had a little more pep to it. It didn’t grab me and I REALLY wanted it to.

Maybe this storyline will pick up. I really hope so. I feel like we have a great character and a good artist. Let’s move him forward instead of sending him in circles. 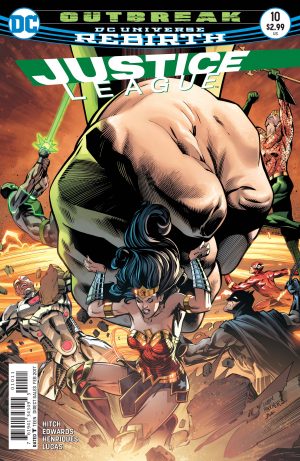 I think Bryan Hitch is one of the most gifted storytellers this medium has ever had.

I do believe that. I just think he’s gifted on the artistic side. His writing is a little lackluster and lacks spark.

I think, at best, he should co-plot. His visuals are missed, and I think he would realize his stories much more if he had a strong writer…bring Mark Millar aboard or Warren Ellis!

That would be a Justice League for the ages, rather than this uninspired series.
It’s “Outbreak” part three! The identity of the Justice League’s mysterious new villain is revealed as the League uncovers a shocking connection to the Kindred invasion. This mysterious new foe ups the ante by releasing dozens of the team’s enemies from prisons around the world!

The writing is just plain and the art by Edwards tries to be a little too much like Hitch….but doesn’t quite succeed. It’s not bad, I just wish Edwards was more of his own artist.

This is just okay overall. I wish it were better. 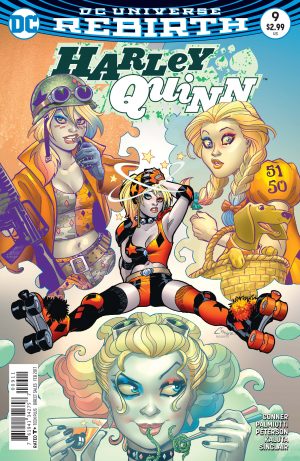 And now we have Michael Wm. Kaluta, one of my favorite artists of all time drawing four pages.

In this issue, they ask the question can anyone truly understand the mind of the world’s craziest psychiatrist? Harley’s about to get a shrink of her very own…what are the odds he won’t go insane himself?

The art is a huge selling point here. Peterson is no slouch in the art department either and more than rises to the occasion here. And Kaluta does great work. It’s almost like he only gets better with age.

Put this all together and you have a solid book, and it’s a good time like always. 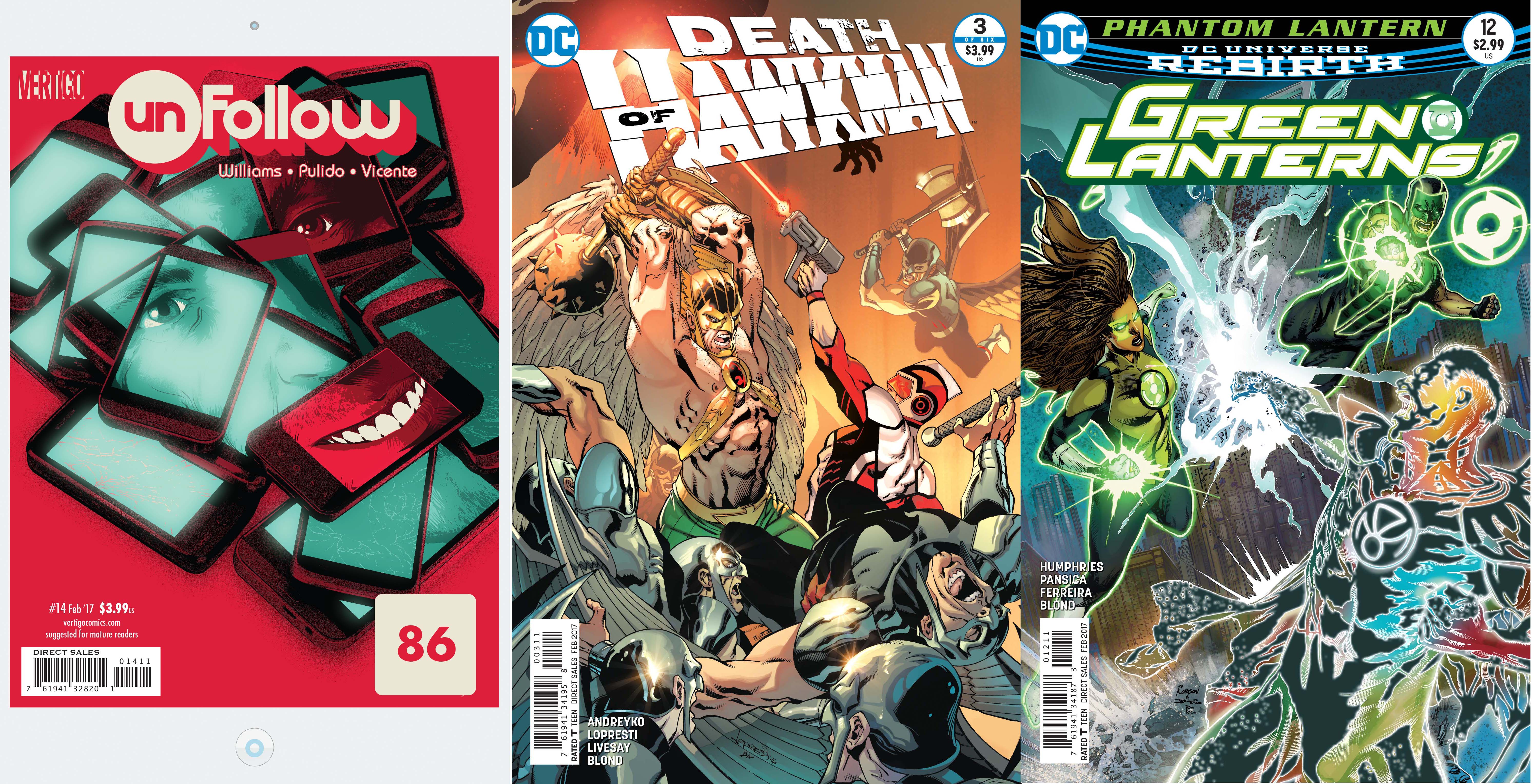 Unfollow # 14
Written by Rob Williams
Illustrated Javier Pulido
Published by DC Comics
A pretty decent story in this issue is amped up by the underused art of Javier Pulido. I loved to look at it. Because of both, I very much enjoyed this comic book.
RATING : B+

Death of Hawkman #3
Written by Marc Andreyko
Illustrated by Aaron Lopresti
Published by DC Comics
This series is admittedly pretty dull. I wish there was some spark on worth the writing or drawings…but sadly there is not much. It’s sadly…plain.
RATING: C-

Green Lanterns #12
Written by Sam Humphries
Illustrated by Eduardo Pansica
Published by DC Comics
This is just another dull Green Lantern title. The art isn’t half bad but I have no idea where we are. Let’s redo this whole line. It’s less than exciting now.
RATING: C- 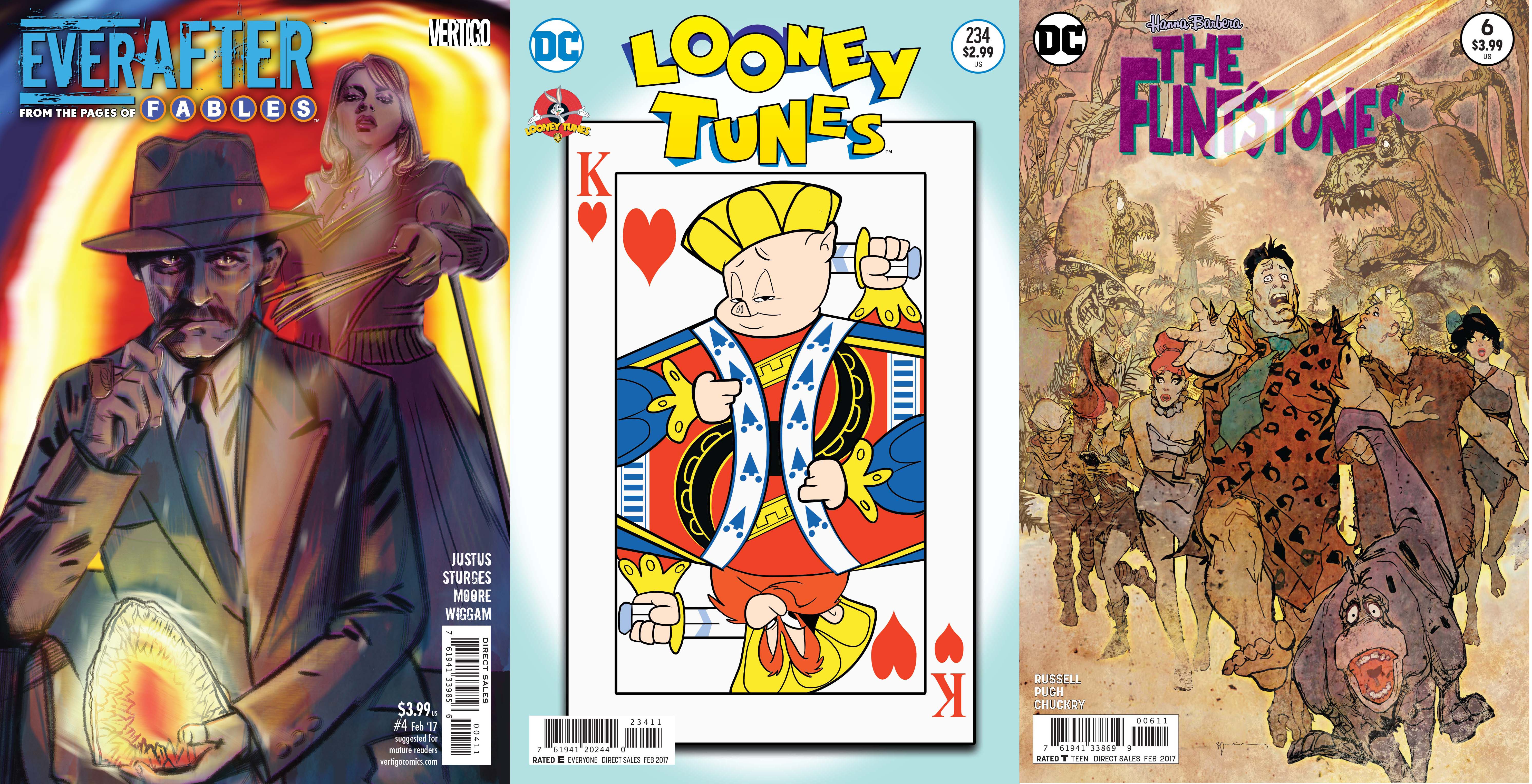 Ever After #4
Written by Dave Justus and Matthew Sturges
Illustrated by Travis Moore
Published by DC Comics
This spinoff from Fables is actually proving itself to be better than “just a spinoff.” This comic is smart and consistently well written. The art isn’t half bad either. Worth a look.
RATING: B

Looney Tunes #234
Written by Sholly Fisch
Illustrated by Robert Pope
Published by DC Comics
This is Looney Tunes. It’s meant to be fun! And it is! If you’re looking for fun, pick it up. Fisch is a good writer for these books. Worth the price of admission.
RATING: B

The Flintstones #6
Written by Mark Russell
Illustrated by Steve Pugh
Published by DC Comics
This is just a mess. I hope this Hanna-Barbera line ends soon. If Dr. Manhattan is responsible for the DC Universe, then this line may the most horrific of his creations.
RATING: F