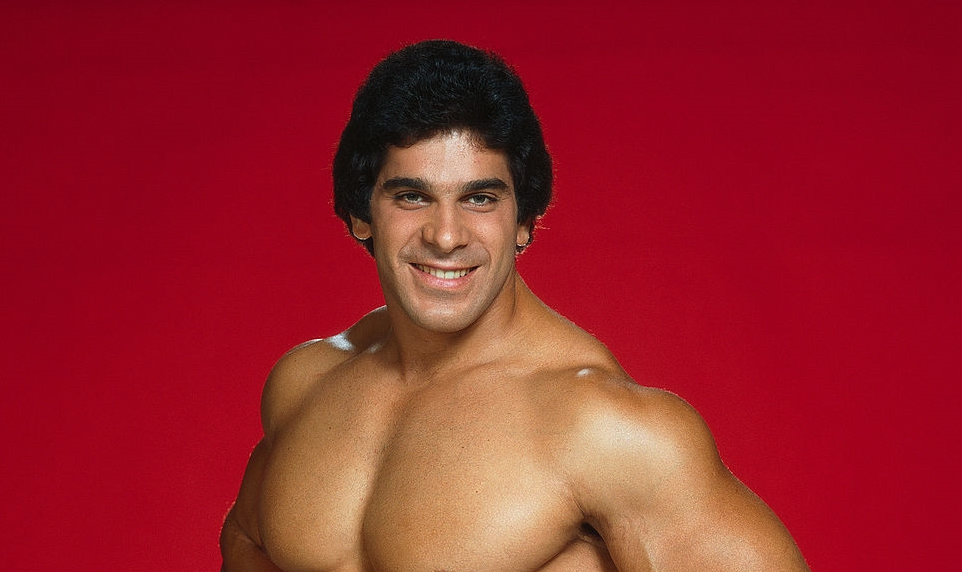 I’ve always liked Lou Ferrigno.  He was born in Brooklyn, like my dad.  He’s hard of hearing, like my wife.  I loved him as the Hulk, watching him on TV when I was a kid in the late 70s.  In Pumping Iron when Arnold Schwarzenegger gets the best of him, I feel a little bad for him.  I met him once at Comic-Con in San Diego, back in 1999.

Three of his feature films are among the dumbest of their decade – but I swear that these dumb films, in their own way, are lovable too.  Let’s set some context for these films and then celebrate them for their lovable camp.

The 80s started out promisingly for Ferrigno after The Incredible Hulk TV series ran its course (1977-1982).  He landed starring roles in two decent peplum revival films made in Italy: The Seven Magnificent Gladiators and Hercules (both 1983).

Both these pictures are unfairly maligned.  Gladiators is by no means spectacular, but it’s brisk and unpretentious, satisfying at the very least.  Hercules is inconsistent, but at its best it’s very exciting, especially as Ferrigno’s Hercules fights some amazing stop-motion monster machines like in Jason and the Argonauts or Clash of the Titans.

It’s after these two features that Ferrigno’s films get dumb.  Why are the movies so dumb?

It’s tempting to blame Ferrigno’s poor acting skills for the poor movies, but he’s not really that poor of an actor (he’s average).

In one case – Desert Warrior – he might be the best thing in the movie.

Did he make poor choices?  Perhaps, but each of these cinematic disasters probably sounded good when originally pitched.  So why did they come out so bad?  Did the guy just have bad luck?

Whatever the case, Ferrigno starred in what might be the three greatest “So Bad They’re Good” genre pictures of the 80s.

Let’s love him for that. 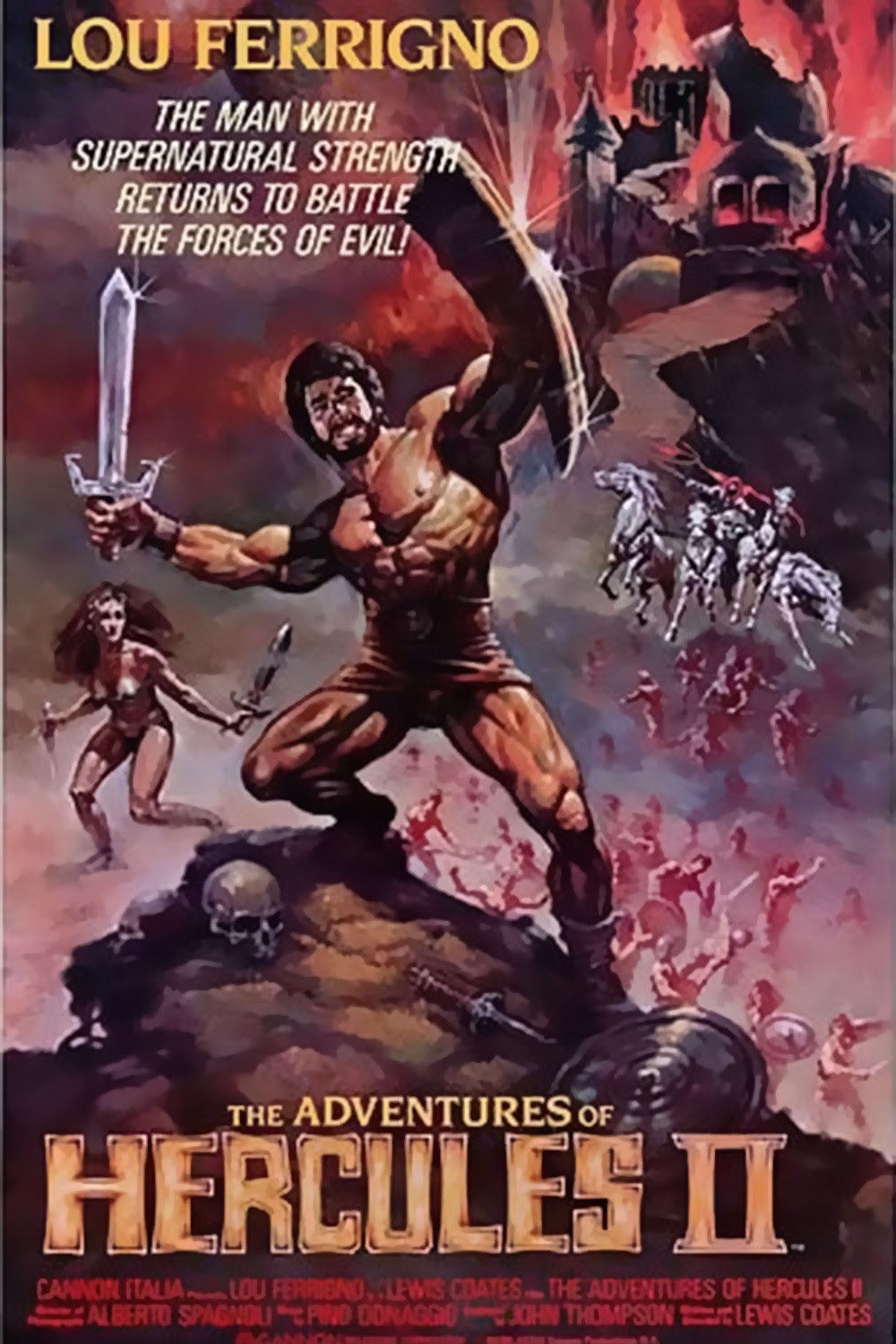 Ferrigno’s 1983 Hercules had some dumb moments, like when Hercules hurls a defeated bear into space where it promptly transforms into a constellation.  But it’s only 10% dumb and 90% good.

This sequel has the opposite proportions.  Hercules fights seven monsters, each of whom guards a stolen thunderbolt, but each monster is cheaper and uglier than the last.

No frightening beasts like in the previous film, no stop-motion monster-machines.  This time it’s just actors wearing obvious rubber or shaggy suits.

And Hercules never needs to do anything special to beat the monsters; he just punches them a few times or spears them with tree limbs.

At the end, the film makes an epic leap into epic camp: to prevent the moon from colliding with the Earth, Hercules simply grows to planet-sized proportions and extends his arms to push the celestial bodies apart.

You’ll stare, slack jawed, as a giant glowing Lou Ferrigno separates the Earth and the moon with his bare hands. 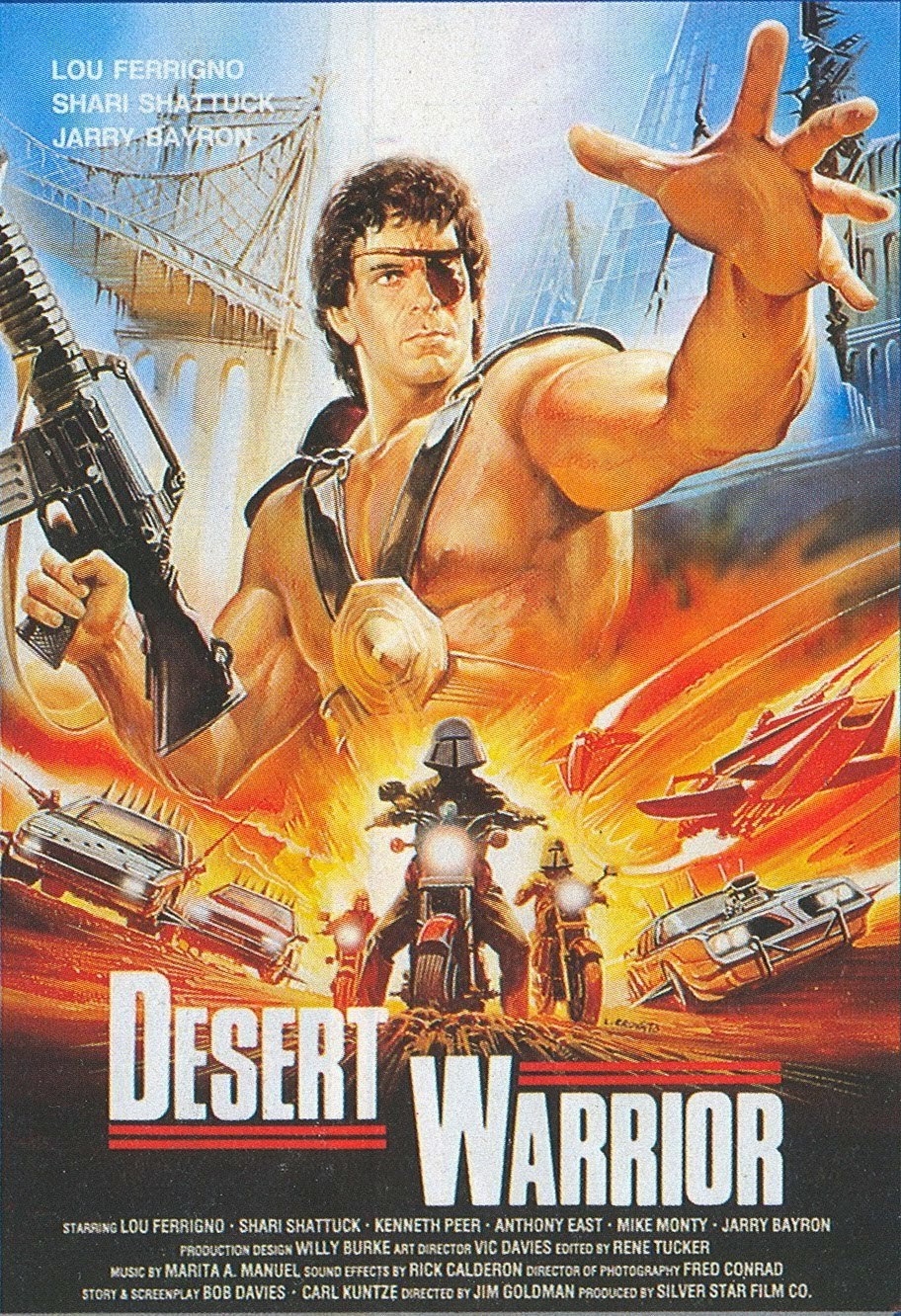 As I noted above, Lou Ferrigno is probably the best actor in this movie.  So you can’t blame him.  Instead, you can blame everybody else, or the ridiculous plot, or the cheap props, or the “you’ve got to be kidding me” ending.

I can’t bring myself to spoil it, but I can say that Desert Warrior‘s ending is about as bad as that of Adventures of Hercules II.  It’s a totally different type of ending, but it’s just as jaw-droppingly ridiculous.

The little-known Desert Warrior is a very low budget post-apocalyptic action flick.  In the movie, Ferrigno plays a likeable thug.  He looks pretty scary with his shaggy hair and eye patch.

Perhaps it’s his bad guy looks that help him act more convincingly when he plays bad guys.  But you still like him by the end of the movie when he turns into a good guy.

In fairness, I should admit that two extended battle sequences are pretty fun.  We watch the good army and the bad army fighting across the desert wasteland.  They have bullets, laser beams, RPGs, and explosives.  The body count is very high.

The filmmakers seem to have fought a battle themselves: a valiant fight to entertain the audience despite an obviously minuscule budget.

But everything just feels silly… REALLY silly if you can make it all the way to the ending. 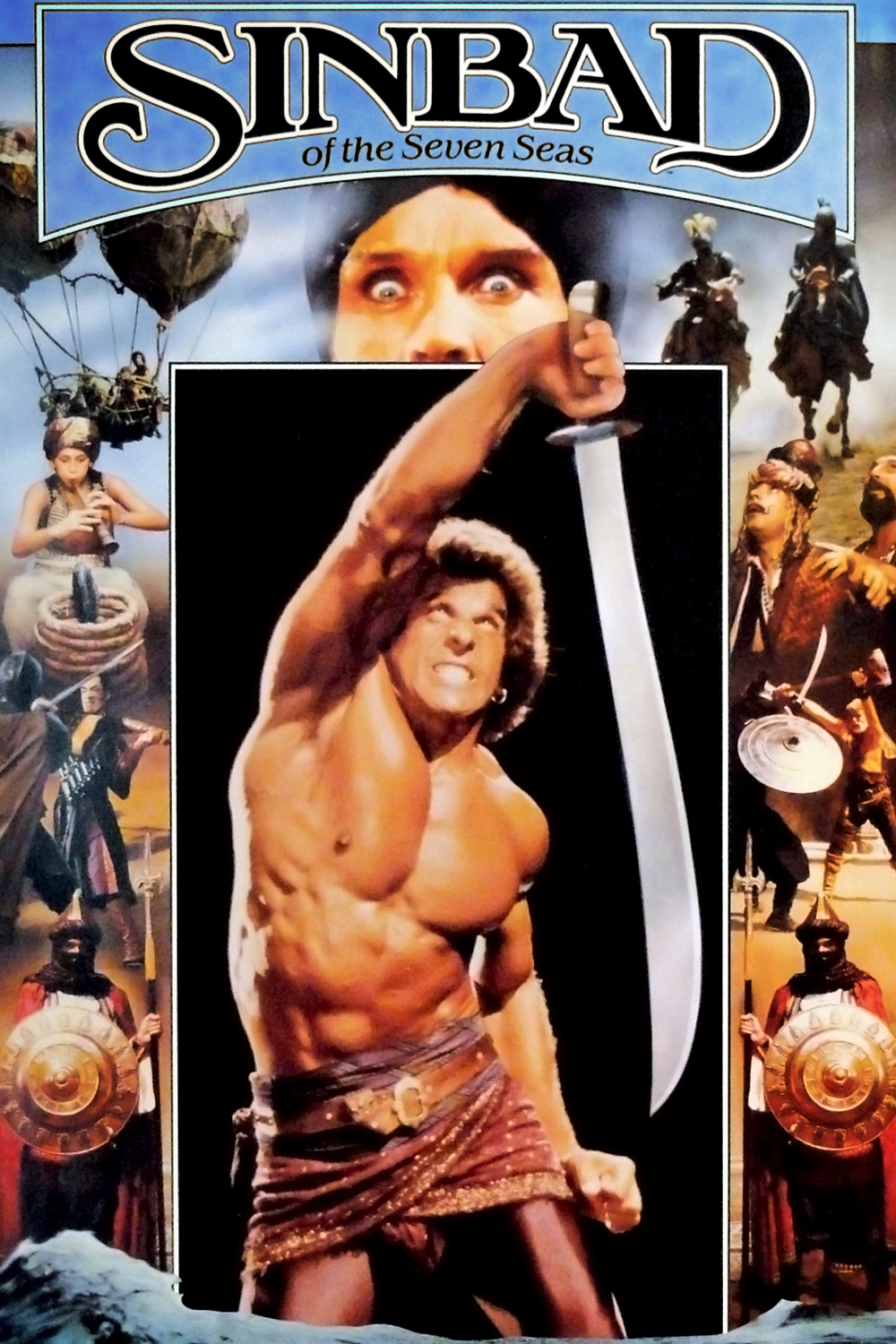 Unlike the first two films on our list, this one seems to have had a high budget.  It tries to combine Clash of the Titans with The Princess Bride in a lighthearted, family-friendly way.  Ferrigno plays Sinbad, the hero.

With the high production values comes a high percentage of action and spectacle.  Sets, locations, costumes, and props are gorgeous.

But like Desert Warrior before it, the dialogue and plot are ridiculous.  Everybody speaks like an idiot.  Simple dialogue is one thing, but here we get lines like “what’s with you guys?  you look like a bunch of weirdos!” or “after I defeat you, I’ll be the most powerful force in the uuuuuniverse!”

Also ridiculous is the mishmash of characters.  Sinbad’s crew includes several Arabian-looking sailors, which is fine.  But he also sails with a kung fu master from China and with a Viking whose weapon is a giant mallet!

The bad guys are likewise ridiculous.  At one point, Sinbad fights a dripping blob-man who shoots lasers from his fingers.  What were they thinking?  It’s like they took DC’s Swamp Thing, then turned him really ugly, and then granted him magical laser powers.

The best dialogue comes from the villain.  He can’t extract enough power from a magic gem to make his evil machine work right, so he yells at the gem like it can hear.  “Budge!” he yells to the inanimate object.  “BUUUUDGE!”