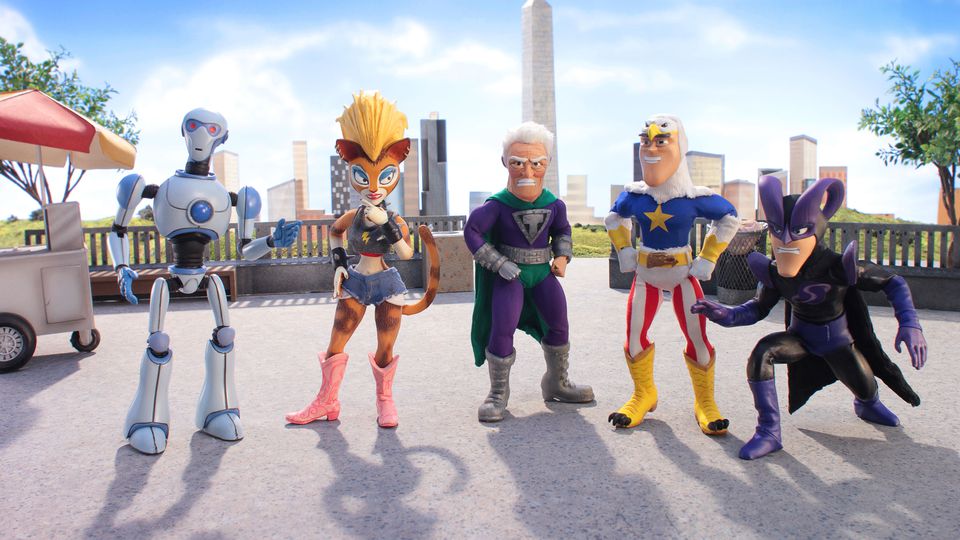 Titanium Rex (voiced by Bryan Cranston) is an aging super hero who has long been the head of the League of Freedom, a once-proud assembly of super heroes that isn’t what it used to be. The irascible Titanium Rex finds himself playing mentor to a new crop of Millennial-aged heroes who have little interest in their noble profession. Much to Titanium Rex’s chagrin, they’re all thrown together to live in the SuperMansion, where the young heroes learn how to harness their super powers and fight for justice, liberty… and the need to stay relevant to society.