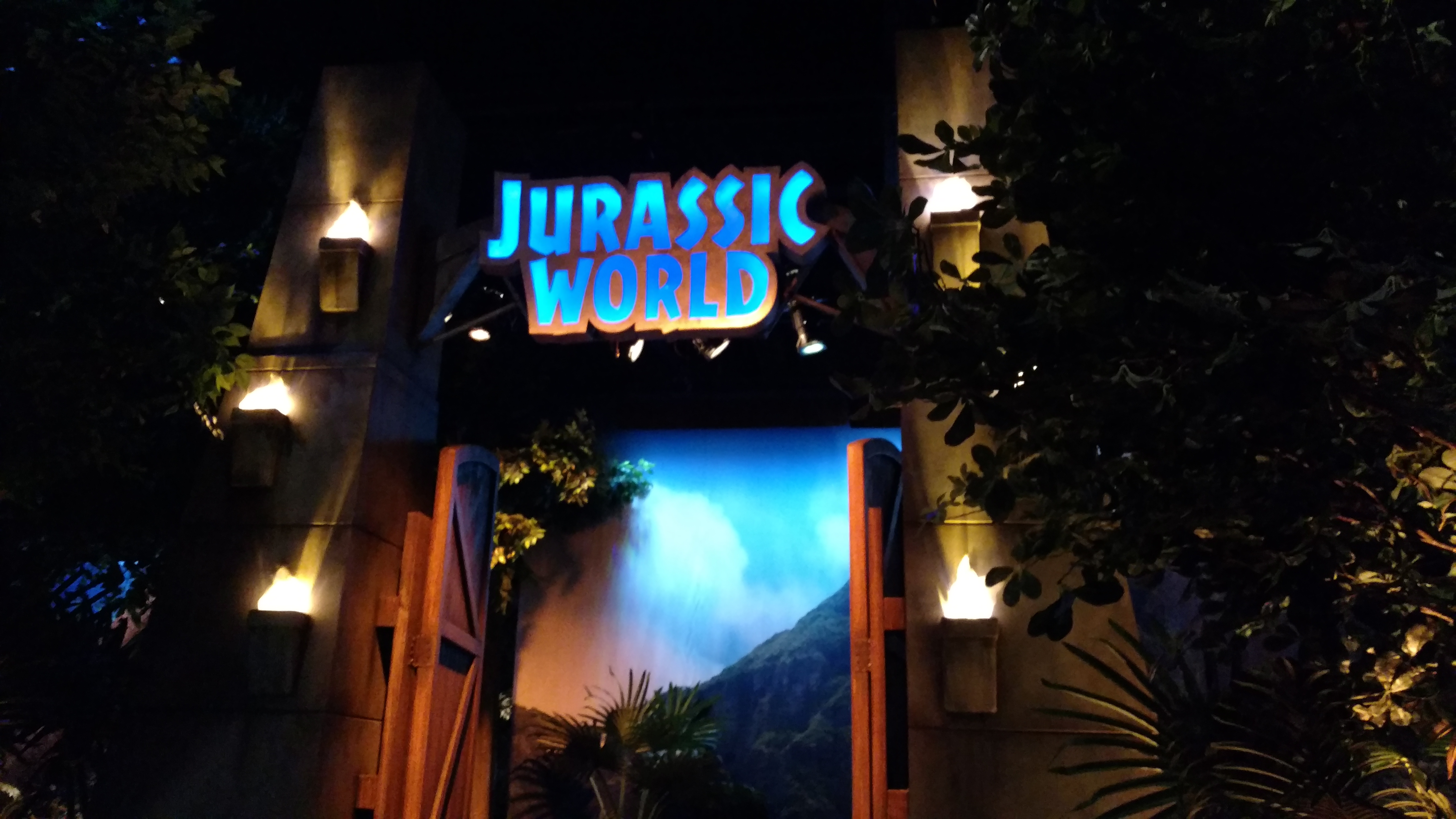 When you walk into the new Jurassic World exhibit at the Franklin Institute in Philadelphia, the first thing you see is actually a large white room with screens simulating portholes looking out on the ocean. It’s meant to be the boat ferrying you to Isla Nublar, the location of both Jurassic World and its ill-fated predecessor. A pair of video screens feature a park employee briefing you on what to expect and how it came to be.

This opening is purely expositional, but at the same time, it displays the commitment to immersion this exhibit has, and sets the tone for how you’ll be spending the next hour or so.

The biggest thrill, though, is walking through the familiar arch that says “Jurassic World.”

Immersion is the biggest factor for Imagine Exhibitions’ Jurassic World: The Exhibition, which made its North American debut following a successful run in Melbourne, Australia, and runs through April 23, 2017. “For us, every project starts with a narrative,” says Tom Zaller, President and CEO of Imagine Exhibitions, who wrote the treatment for and supervised the creation of the exhibit. “We’re telling a story at the end of the day.” 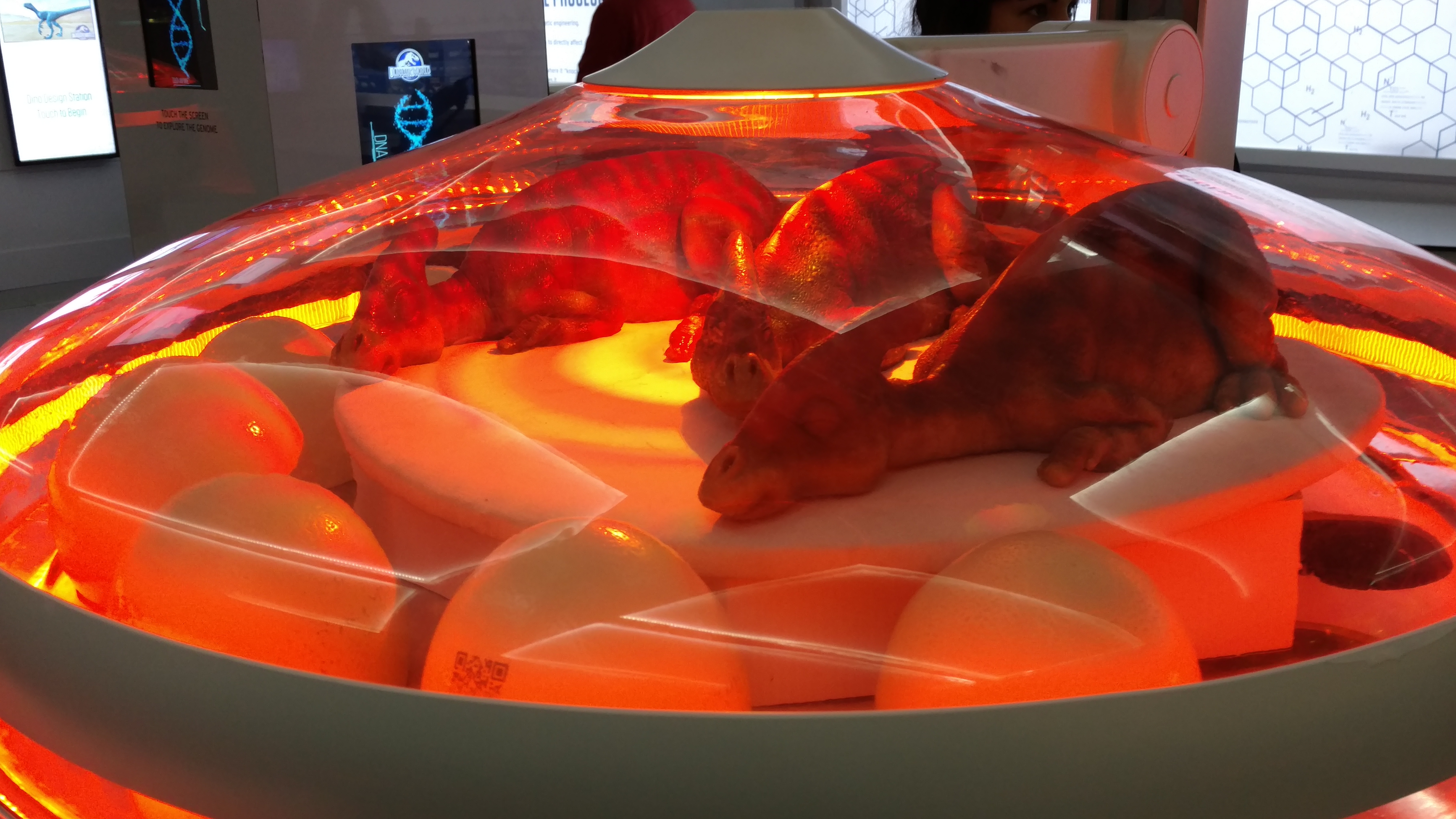 That story mirrors the first half of the movie, and it seemed Imagine and NBCUniversal spared no expense.

Almost immediately after entering the “park,” you meet an animatronic brachiosaurus, the first of many robot dinosaurs. It’s one thing to see them on screen or even live from a distance, but it’s far more engaging to have this creature swooping and craning its neck above you. 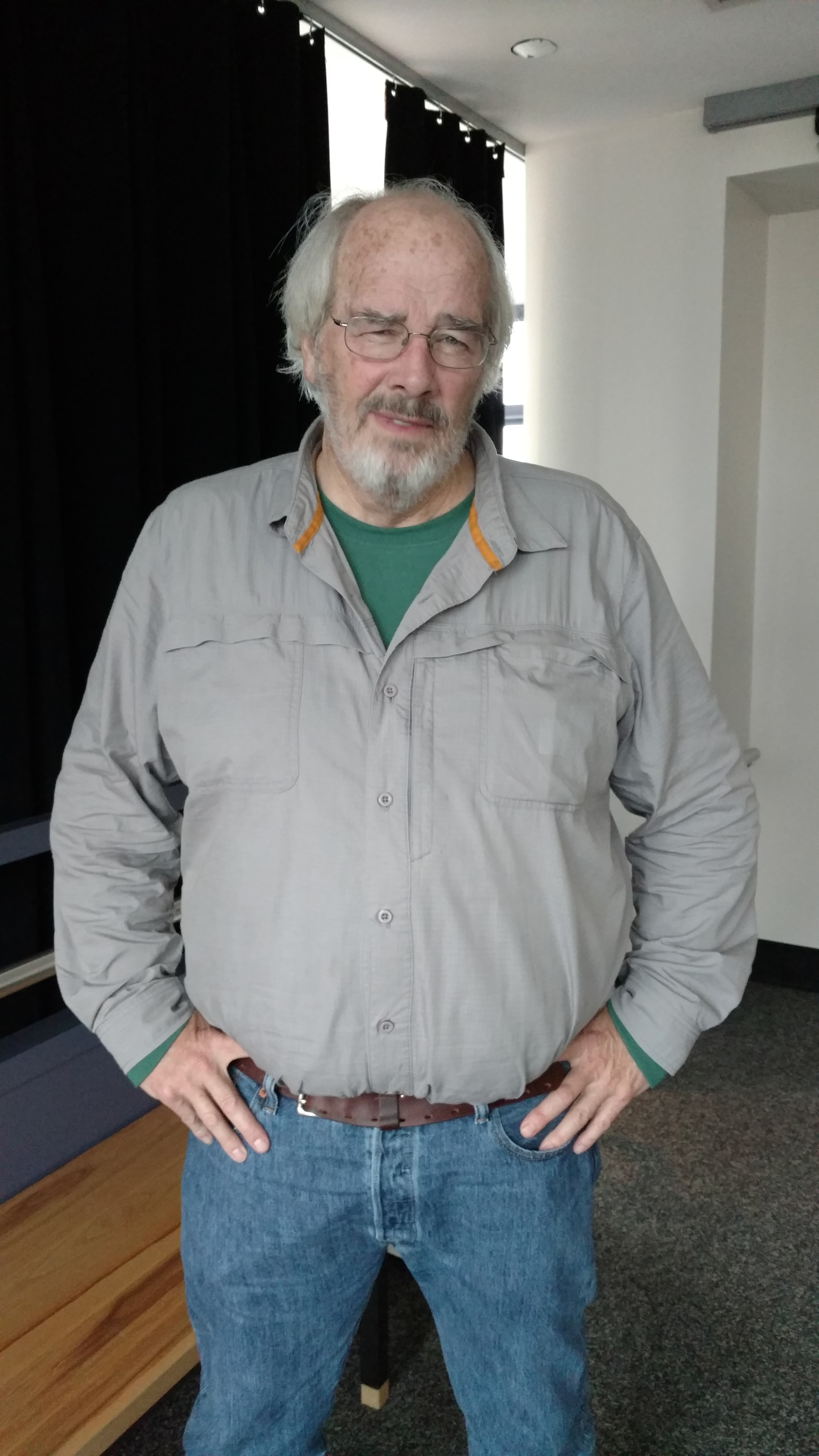 “My job on the exhibit was really going through the script to make sure everything was at least as accurate as it could be, for what it is,” says Horner. “It is an exhibition based on a movie, so it has as much science as we can get into it and still maintain the entertainment quality of the original movie.”

That includes procuring actual fossil samples. Zaller revealed the fossils were obtained through collaboration with other museums worldwide, as well as Dr. Horner. “There are some casts, but there are also real fossils,” Zaller says. “One of the things we have is a 70 million year old sauropod femur, and it’s something you can touch–we call it a touch bone. So you get to touch the femur of a sauropod that’s 70 million years old.” 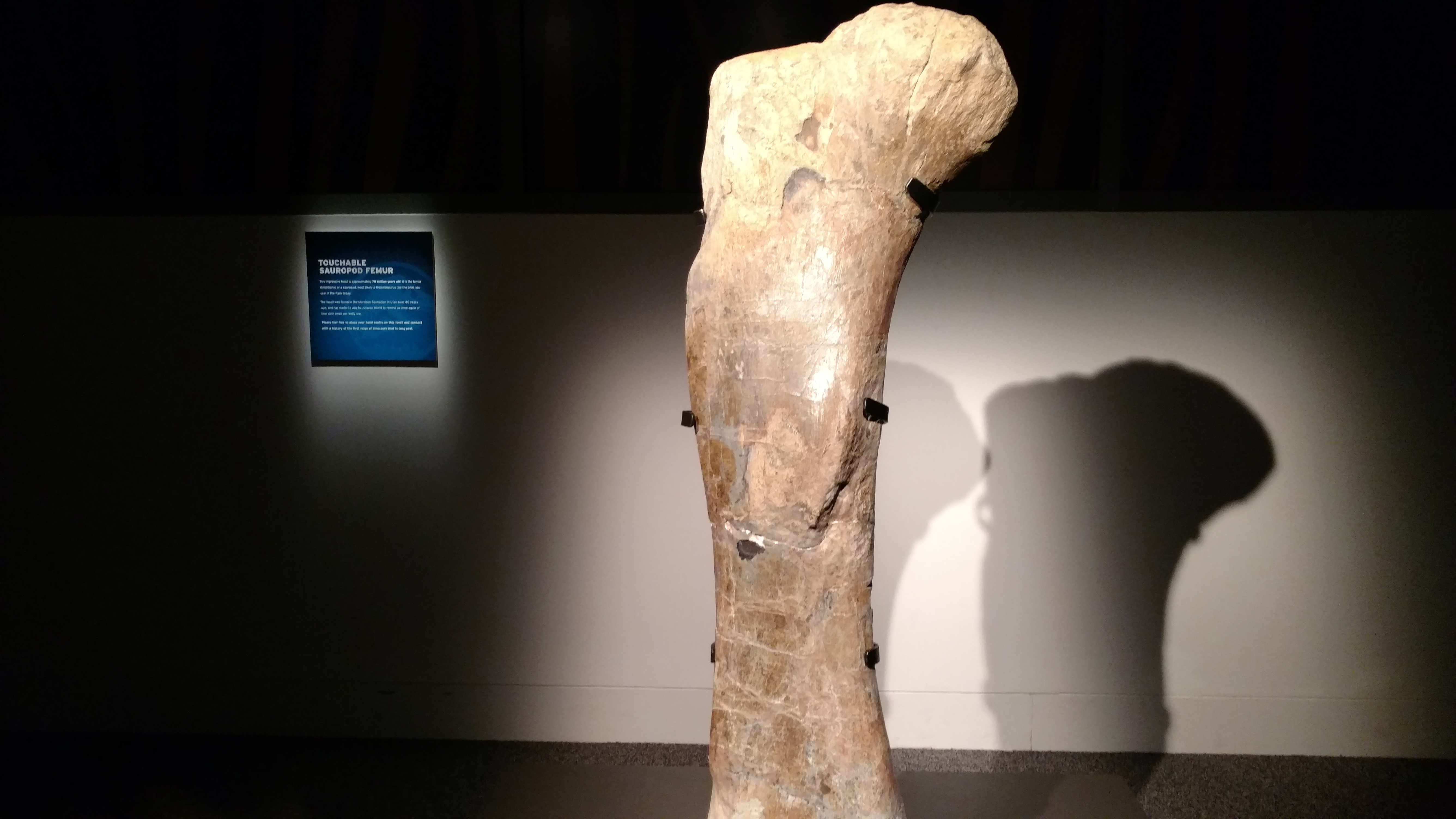 There are also dinosaurs in the exhibit that aren’t in the film, such as the pachyrhinosaurus. “There’s sort of an integration,” says Dr. Horner, “of some of the material that has been made for other things with what was made for the exhibition.” 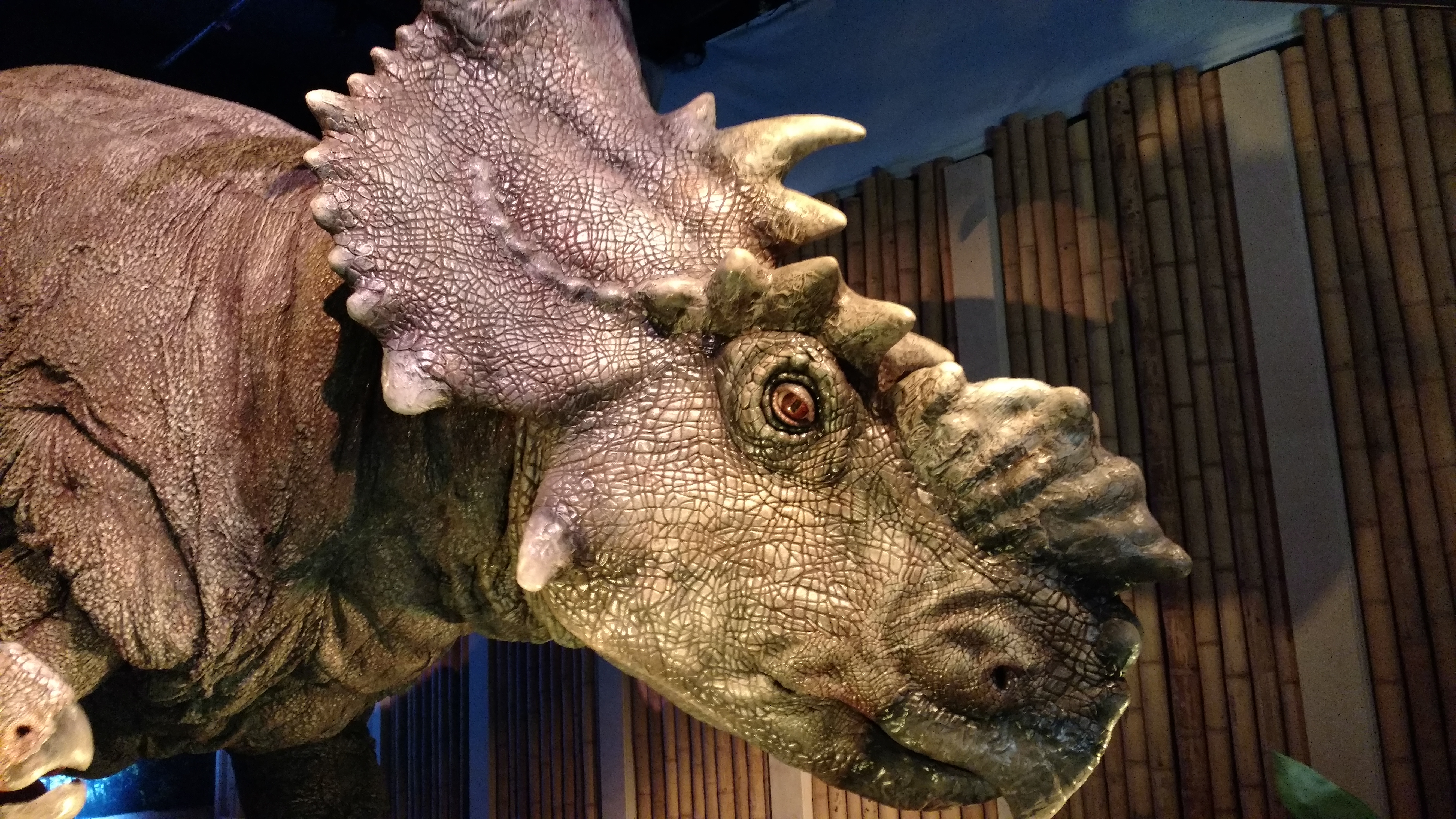 New to the exhibit for its North American debut is the raptor paddock show, featuring “Blue,” the heroic raptor from the movie. Rather than animatronics, this is a performer in a detailed suit. It’s fine, if a bit slight, perhaps my one real issue with the exhibit. But kids will likely love it.

Indominus Rex, the monster dinosaur from Jurassic World, also appears in frightening form, though guests may wish for a longer encounter with the beast. Dr. Horner, who created Indominus Rex for the movie, spoke on its creation and its plausibility. 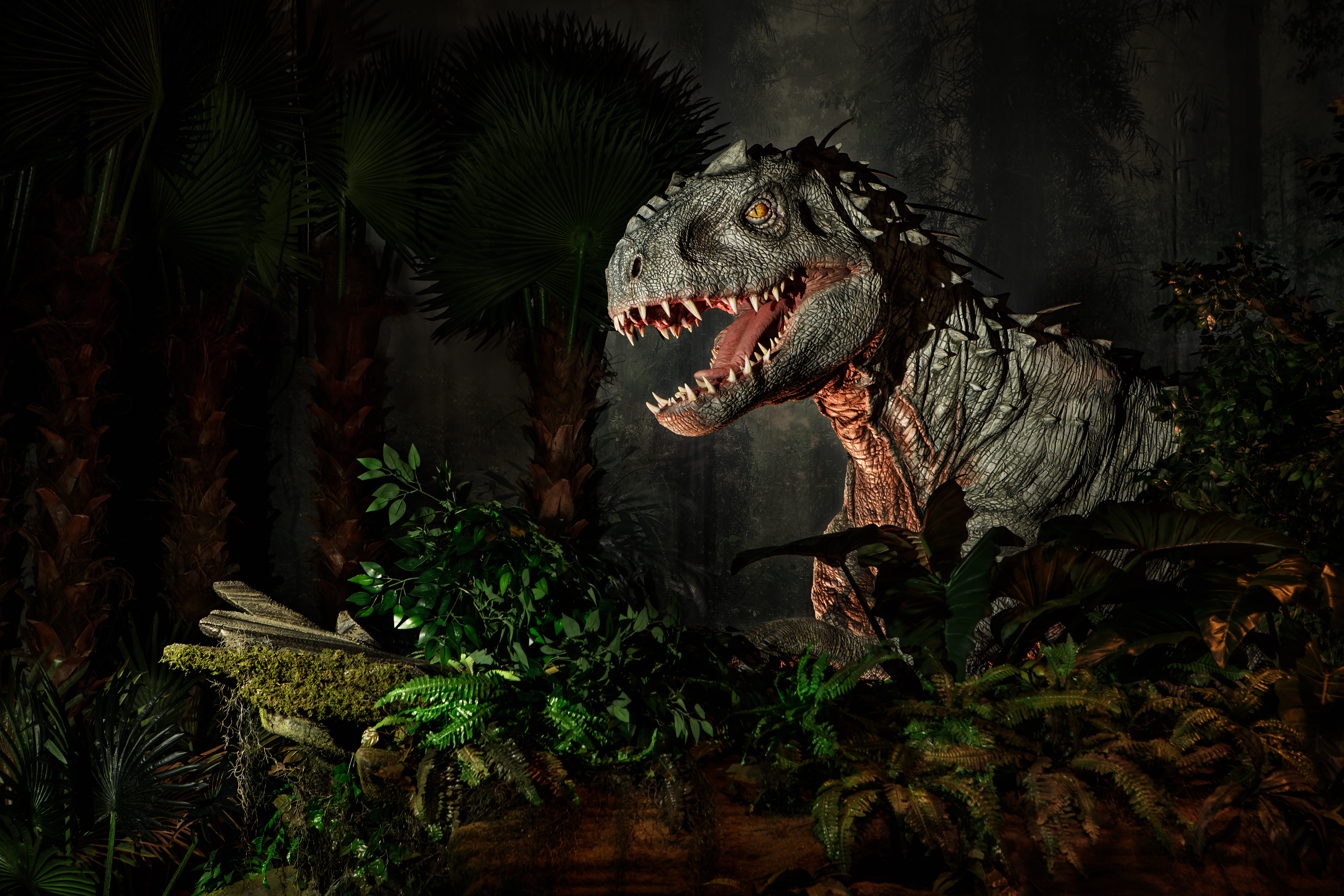 “If you think about the idea behind Jurassic Park, finding DNA, cloning it, and bringing back dinosaurs…if you could do that, if you could get dinosaurs back with completed DNA sequences, then you could mix and match the genes from that DNA and make hybrid kinds of dinosaurs.

“So actually Indominus Rex, as a hybrid, is a more accurate representation of a dinosaur than any of the rest of them are because it is actually made from different components of different animals that we do have genes for that we can transfer from one animal to another. We do it now; it’s called transgenics. We take genes out of one animal and put them in another one, and give them different characteristics.” 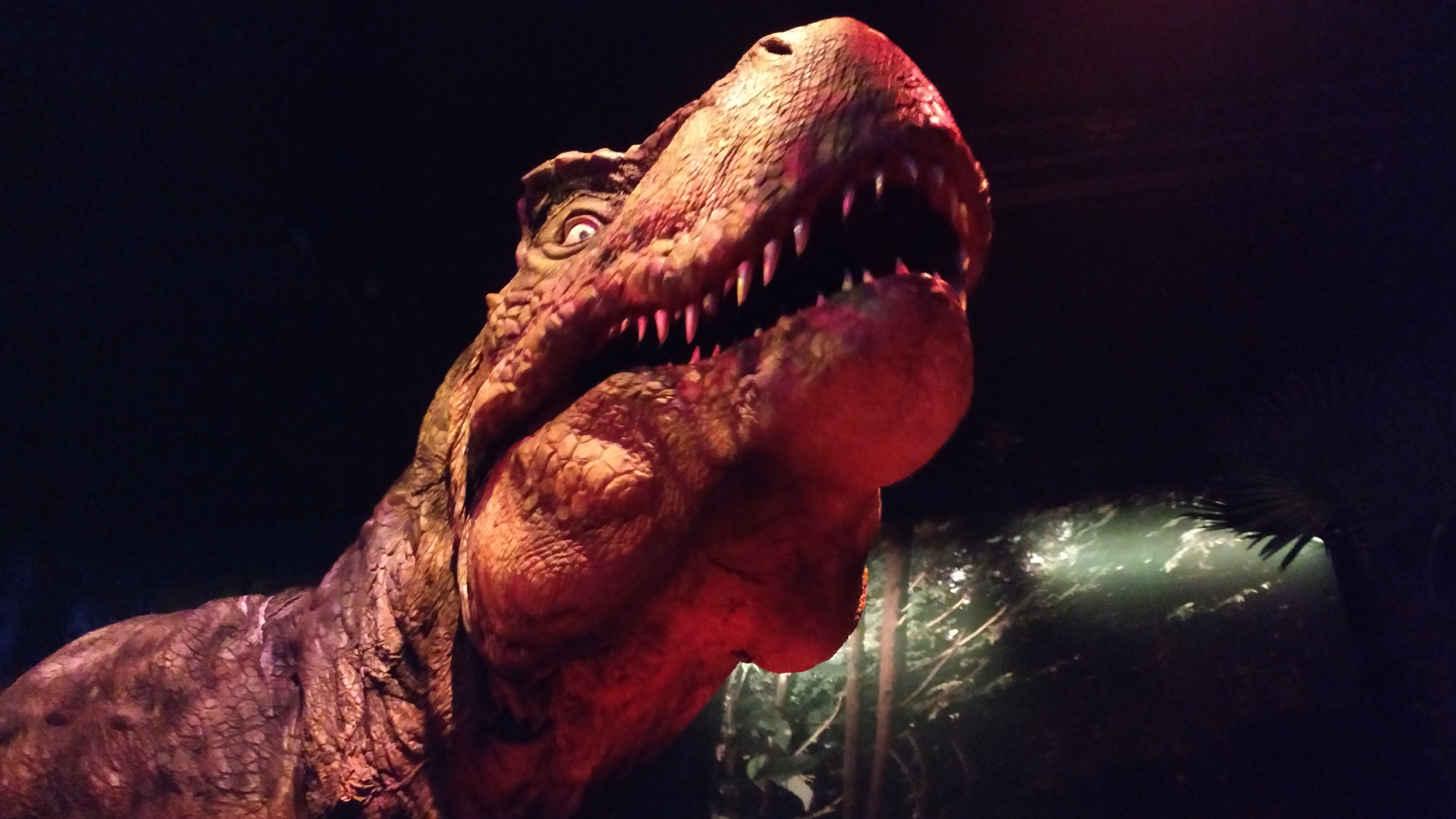 To their credit, they get enough of it right to be quite satisfying. Jurassic World: The Exhibition finds that balance between science and entertainment and becomes quite the immersive experience for it. “We’re able to do it,” Zaller says. “You go there, and you think you’re in Jurassic World.”

For information on tickets and hours, visit JurassicWorldTheExhibition.com