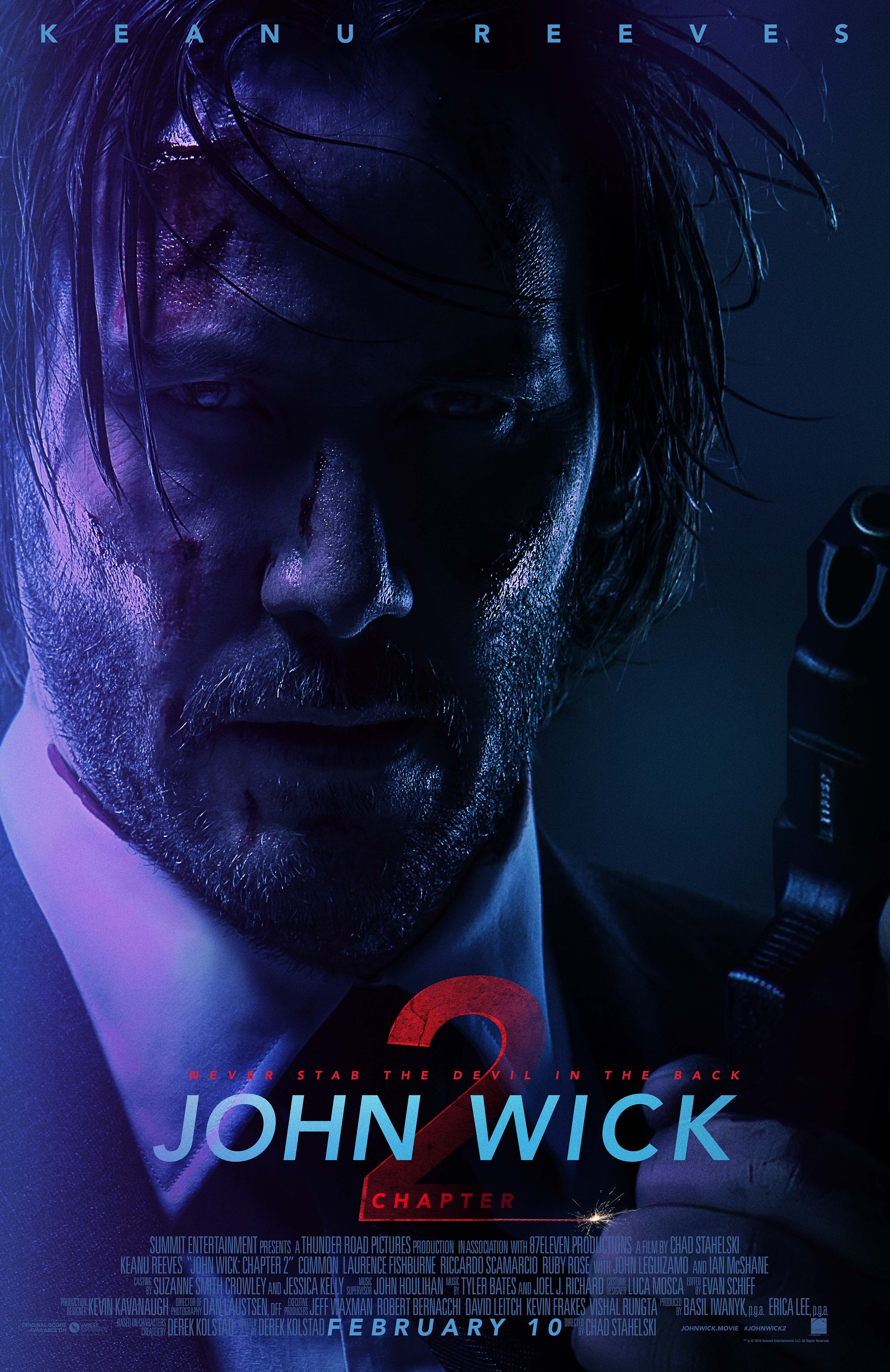 In this next chapter following the 2014 hit, legendary hitman John Wick [Keanu Reeves] is forced back out of retirement by a former associate plotting to seize control of a shadowy international assassins’ guild.  Bound by a blood oath to help him, John travels to Rome where he squares off against some of the world’s deadliest killers.  Starring Keanu Reeves, Common, Laurence Fishburne, Riccardo Scamarcio, Ruby Rose, Lance Reddick, Bridget Moynahan, special appearance by Franco Nero, with John Leguizamo, and Ian McShane, John Wick: Chapter 2 arrives in theaters February 10th.

And we’re giving away passes to see the film on February 7th in either Boston or Hartford!

For your chance to download passes to the Hartford screening on Tuesday, February 7th at 7PM at BowTie Palace, click HERE.

For your chance to download passes to the Boston screening on Tuesday, February 7th at 7:30PM at AMC Boston Common click HERE.