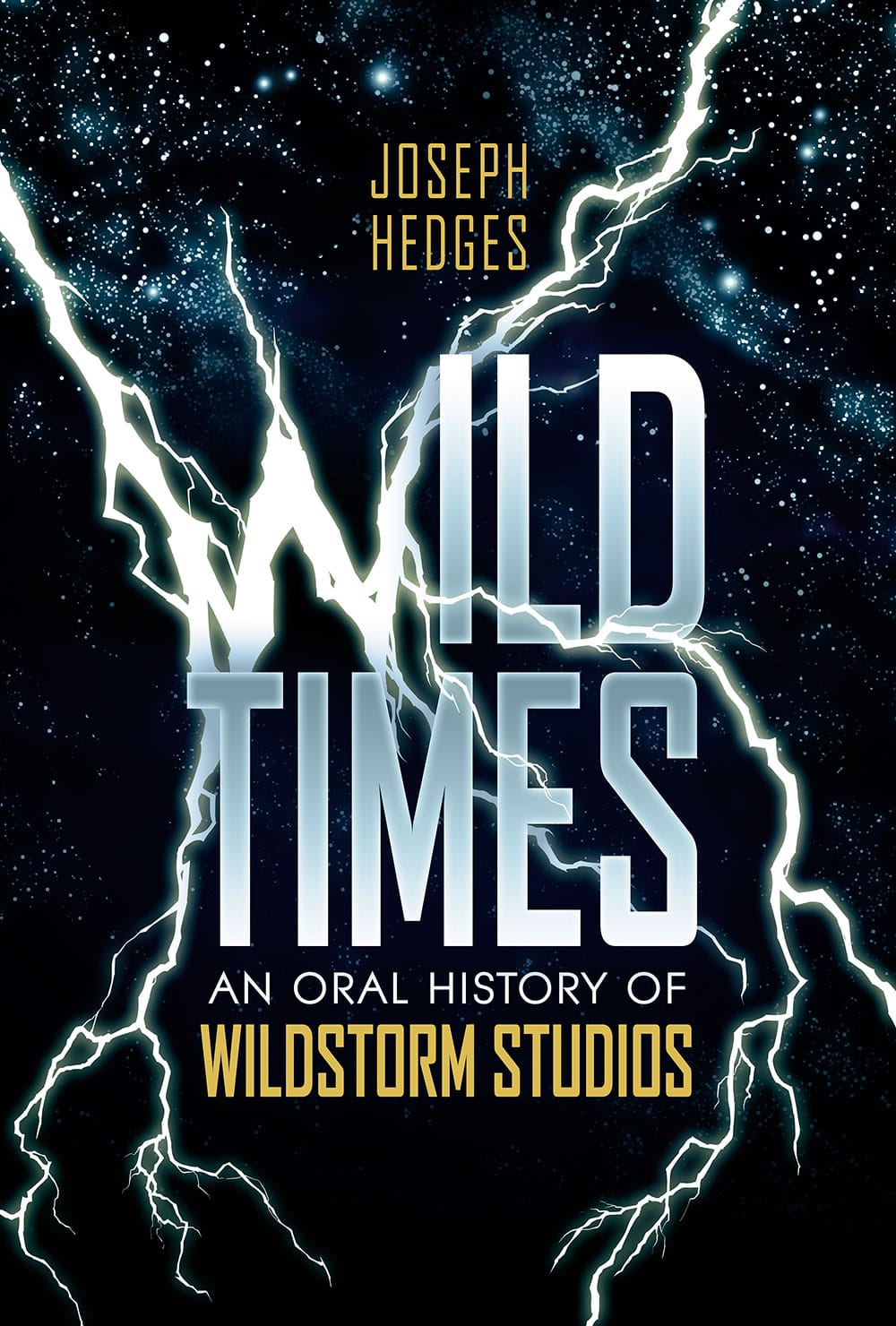 With over 75 participants and close to 80 hours of interview transcripts all combined into a chronological oral history format, Wild Times looks at the studio’s history through the journeys of the people that lived it. Equal parts an inside glance at the inner workings of the comic book industry, a look back at WildStorm’s publishing history as well as overviews of the careers of some of comics’ brightest stars when their paths crossed with WildStorm, Wild Times provides a unique glimpse at the impact of the studio from its beginnings in the early ’90s through its closing in 2010.

FOG! spoke with author Joseph Hedges about the project.

FOG!: Hi Joseph! Congratulations on the successful funding of the Kickstarter! Can you tell us a little bit about your background?

Joseph Hedges: By day, I work in the business office for a private college so it’s number crunching to my heart’s content. I have a bachelor’s degree in Corporate Finance as well. I’ve been a comics reader since I was a kid in the late ‘80’s/early ‘90s so the Image Comics boom was my era. The WildStorm titles and characters were my favorites and I’ve carried that affinity ever since.

-My favorite hobby is reading and one format that I’ve really grown to love is that of the Oral History. Oral Histories take multiple interviews and edit them together so it bounces from one interviewee to the next. If you do it right, you don’t even need to include the questions they are answering because it flows very organically. There have been some great oral history books about Saturday Night Live and ESPN and Brian Michael Bendis even wrote a fake one about The Avengers! As silly as it sounds, an Oral History book about WildStorm was something I absolutely would love to read so I just decided to do it.

In what ways, if any, did WildStorm differentiate itself from the other Image studios?

Like most Image fans, I was also reading the Liefeld Extreme books and Silvestri Top Cow books. They were all building connected universes, but for me, WildStorm was just doing it a little better than the rest. There was a great feeling being in on the ground floor of something and learning all the new story bits as the comics came out. And WildStorm had all the cool trading cards too! They continued to push the envelope well after the “Image Boom” so I never strayed.

You interviewed over 75 people for the book, but I can’t help but notice that neither Jim Lee nor Brandon Choi were included. Were they approached? Did they have any particular reason why they didn’t want to participate? What about the other Image founders?

I contacted a LOT of WildStorm alums- both studio folks and freelancers and I’m thrilled with being able to say that I interviewed eighty people for the book. Naturally, the acceptance rate was never going to be 100% and I’m not going to specify personal responses or interactions but what I can say is that even without Mr. Lee or Mr. Choi, I’m confident that readers will enjoy what they find within the pages.

There seems to be a very palpable community among the WildStorm alumni. What do you think set WildStorm apart as a publisher?

It was certainly the environment of such young artists learning their craft with others like them all while being in the same room as artists that they themselves were such huge fans of. Many that I interviewed compared it to that of a college experience.

What are a few of the surprising revelations you discovered in your interviews?

I can’t really pinpoint a specific item or two but I will say that the chapters that reflect the transition when the studio was sold to DC were great because you really see it from the perspectives of people in different roles, different age groups and at different points in their career.

Ha! So this book stops at the closing of the studio in 2010 so after that was the characters popping up in DC’s New 52 as well as the new title coming from Warren Ellis and Jon Davis-Hunt in just a few short weeks! That might be something fun to tackle but I won’t lie, a book like this is a LOT of work and doing it on your own takes a lot of energy and time and money.

By the time the book is in readers’ hands it will be right around three years since I started it. And I worked on it constantly with all the time I had outside of my day job and family commitments. But hey, if any publishers or other studios are interested in contacting me about doing something for them, that’s a horse of a different color!

I have a HUGE pile of books and comics in my “post-book-release queue” that I cannot wait to dive into but I always, always make time for Lazarus by Greg Rucka and Michael Lark and Thief of Thieves that Andy Diggle just finished a great run on with series mainstay Shawn Martinbrough. And if you’ll allow me, I’ll go off book for a second and say that I saw two amazing shows on Broadway this past year, the musical Waitress (based on the movie) and The Front Page– a play with an absolutely stellar cast!

The Kickstarter Ends This Week!  To Pledge, Click HERE!