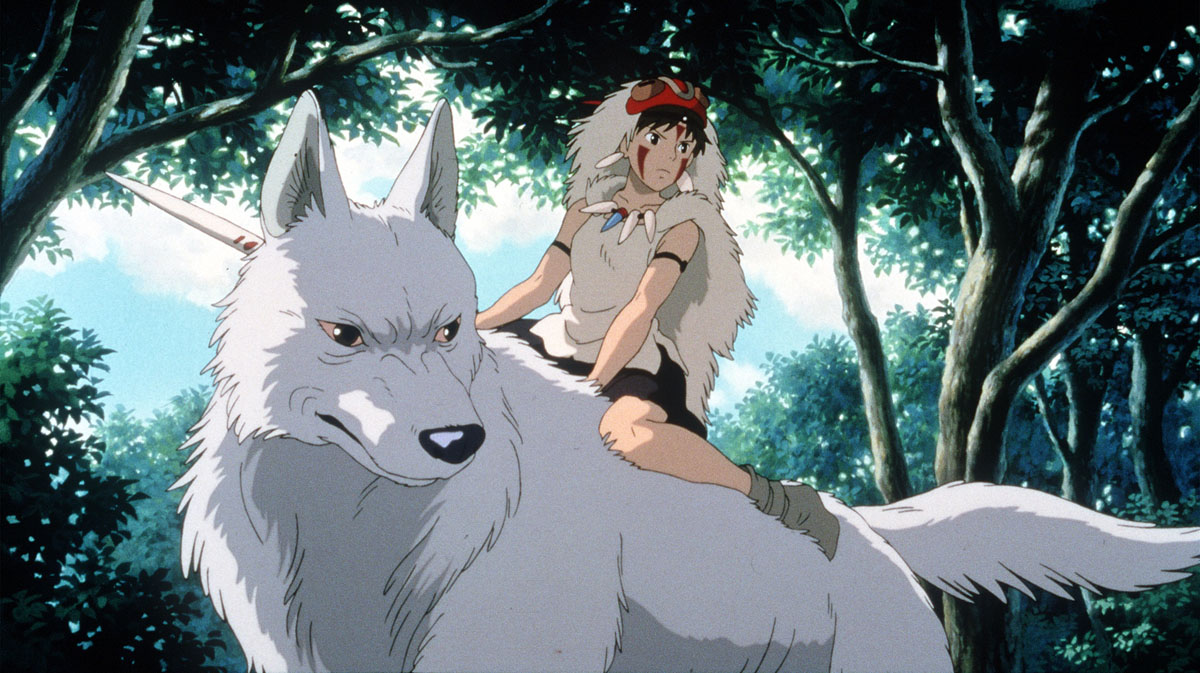 Princess Mononoke (Mononoke-hime) is one of the most fondly remembered “mainstream” anime films of the 1990’s and celebrates it’s 20th anniversary this year.

Hayao Miyazaki’s 1997 film was a worldwide success at the time when anime breaking through the barriers of nerd culture into the main of culture was critical. Still relegated mostly to geek culture it was a rare time to see a Japanese animated work released in a US theater. Sure, this would be the 1999 US cut but more on that in a bit. The 1997 release was a HUGE item on the US bootleg circuit which is ultimately what led to the later 1999 US official release.

Roger Ebert once said: “Miyazaki and his partner at Studio Ghibli, Isao Takahata, have created work of astonishing depth and artistry; his Princess Mononoke was one of the best films of 1999.”

Known for a rich story and multi-dimensional characters Princess Mononoke has been a fan favorite film for two decades now. To celebrate this achievement Fathom Events has given fans a real treat in honor of the wolf Princess. Last night a special one night only subtitled print was shown in select theaters around the country and on January 9th, the US dub of the film will be shown.

Miyazaki has never been a filmmaker who would allow his work to be compromised and all of his films have a theme or ideal that Miyazaki himself possesses (mainly pacifism, the endless cycle that violence breeds and environmentalism). This is never more clear than in Princess Mononoke.

The environmentalism vs industry clash is the very forefront of the conflict in this film and the ending of the movie is almost too literal in the preaching of his ideals. It works but it is a little on the nose. The film is hardly subtle about where Miyazaki stands on these issues and yet the evils of manufacturing are given rational reasoned arguments as to why they must exist. I wager lesser filmmakers would not give the opposing argument “equal time”.

The film is a splendid fantasy story about honor, love and nature mixed with racism and the debate of where nature ends and the artificial begins. Wisely the characters are (for the most part) fully realized people who very much do not fit into the “good guy” or “bad guy” stereotypes. For instance the ostensible villain of the piece, Lady Eboshi, is (clearly) doing the wrong thing in more ways than one but is never painted as a bad person, simply someone doing what they feel is the best for them and their people. Her acts are callous and crass but as the finale shows she genuinely cares for those under her leadership and all the destruction she perpetrates is really to further their lives. She has depth. Hardly the kind of cutout bad guy from a Hollywood blockbuster. The gods are similarly layered, Okkoto is pig-headed (literally) and blind to the dangers his actions bring about but is honorable and steadfast that these are the actions which must be taken to preserve his race. The Moro clan is the same way. They are biased and openly racist against humans and yet see themselves as the victims of racism… which they very well may be.

Miyazaki’s films are well known for their detailed and fluid animation and here is no exception. Gore and blood mix artfully with the beauty and majesty of nature with an existential quality. The glorious landscapes are contrasted with the nightmarish Kodama and Night Ape figures. The Deer God is both charming and grand while being somewhat goofy all at the same time. The entire film is like this. Combine the characters with the images and the message (blunt it might be) and you can understand why Princess Mononoke became a cherished piece of Japanese cinema. 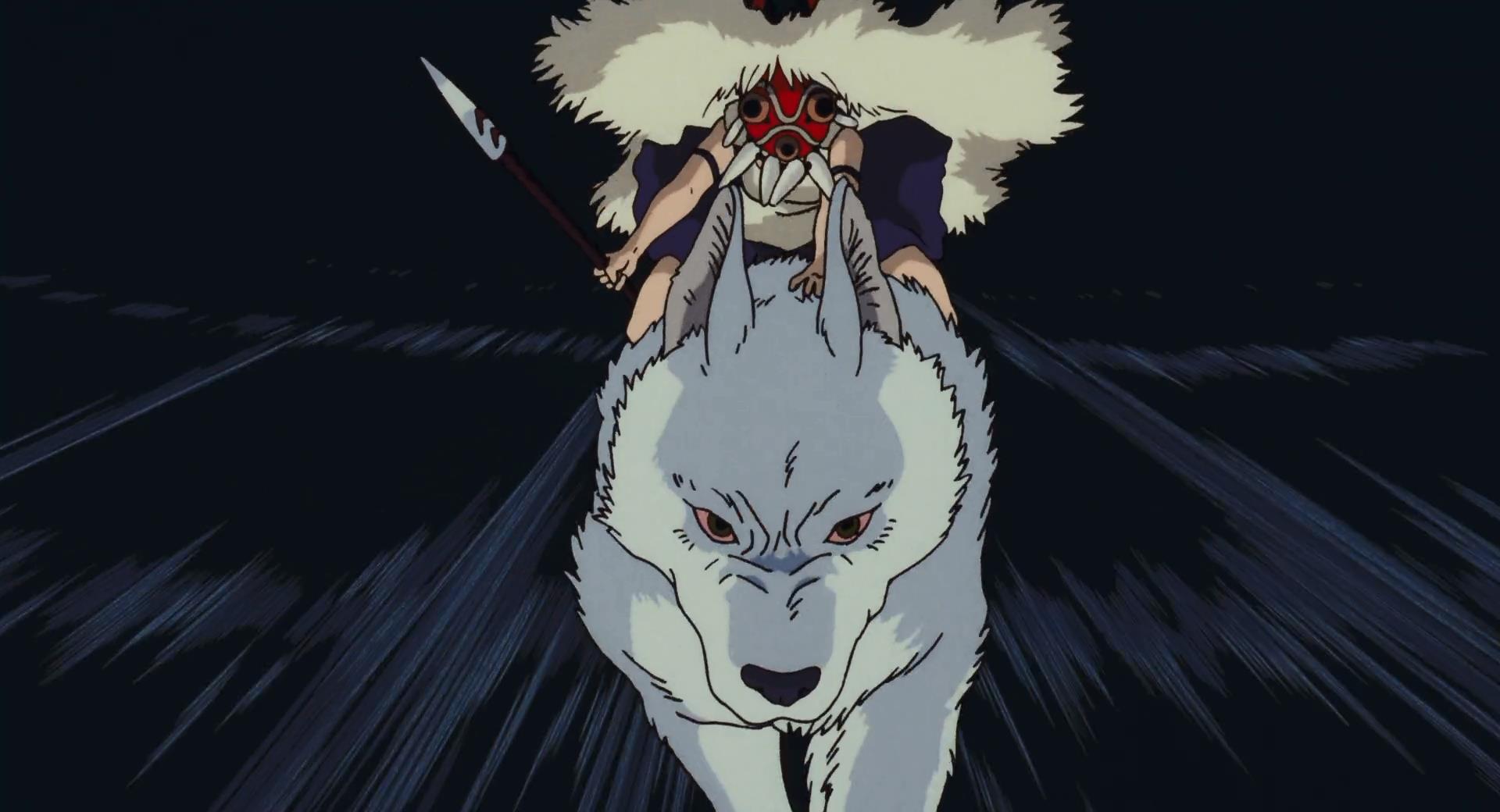 The 1999 US redub though is not as good as the original language dub. Personally, I was unable to separate the star voices from who I knew them to be and never thought they melded with the characters properly. Billy Crudup, Billy Bob Thornton, Minnie Driver, Claire Danes, Jada Pinkett Smith, Gillian Anderson and Keith David just take me out of the film. Instead of Moro being a dominating wolf god… I simply hear a bored Agent Scully. If you saw the US dub first then you are most likely partial to it and I bid you no ill will, I just prefer the Japanese print.

This being a Fathom event, Fathom always gives people a little extra for their money so this event includes the music video for Chage and Aska’s “On Your Mark” which happens to be directed by Hayao Miyazaki. A fun and oddly touching video about 2 cops in a dystonia helping save an angel from radiation poisoning. Cryptic and fascinating at the same time. This video has never been released outside of Japan so US audiences seeing it on the big screen is indeed a treat.

You can get your tickets to the January 9th event HERE.