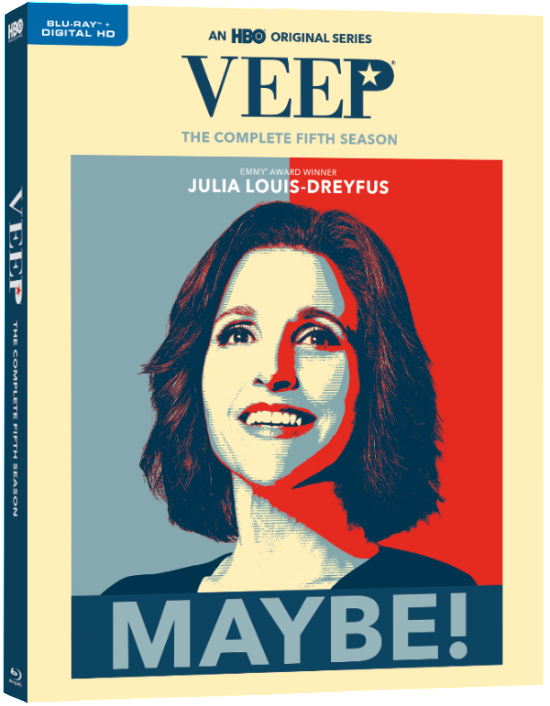 In its most-watched season to date, season 5 of the hit HBO comedy series Veep is the winner of three 2016 Emmy awards including Outstanding Comedy Series, Outstanding Lead Actress in a Comedy Series (Julia Louis-Dreyfus, who has won an Emmy for each season of Veep), and Outstanding Casting for a Comedy Series. The 10-episode VEEP: The Complete Fifth Season will be available on Blu-ray and DVD on April 11, 2017, including a free digital download copy of the full season, plus exclusive new bonus content containing more than 30 minutes of hilarious deleted scenes and entertaining audio commentaries from cast and crew including Julia-Louis Dreyfus, Tony Hale, Reid Scott, Timothy Simons, David Mandel and more!

Season 5 of the acclaimed comedy series created by Armando Iannucci finds Selina Meyer in the midst of a virtually unprecedented Electoral College tie – with her future as President coming down to only a few hundred votes. Selina finds herself spinning her wheels in D.C. as her staff continues their mission to make her seem presidential (even though she is the President) while fending off the ambitions of her charismatic Vice Presidential running mate who, through an obscure constitutional procedure, could end up being President. Veep continues to prove that in Washington, even the most banal decisions can have ripple effects – with unexpected and often hilarious consequences.