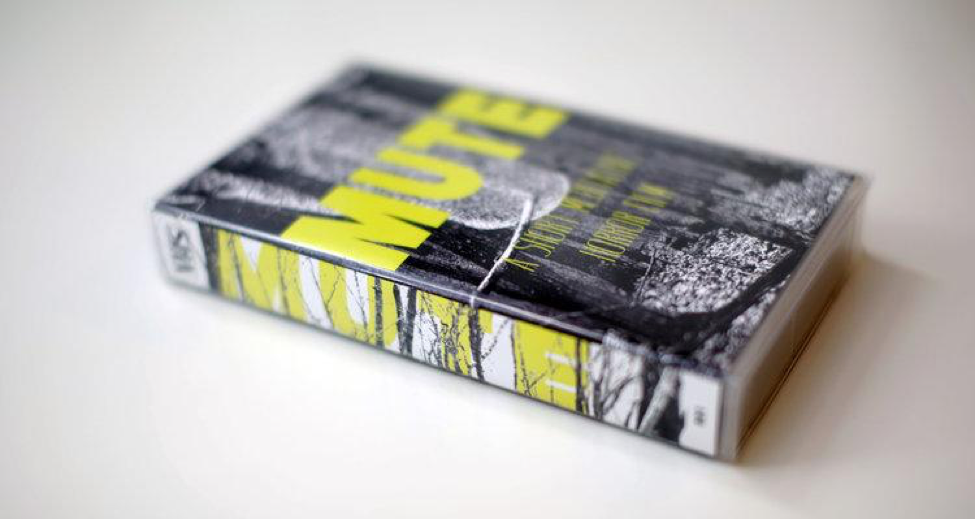 A mysterious VHS tape arrived in my mailbox two months ago.  I placed the cassette in my VCR and the initial image was a washed-out Autumnal forest.  Thankfully, the phone did not ring, and I was not told I’d die in seven days.

Okay, so I was aware of the tape ahead of its delivery.  There was quite a bit of buzz about the short horror film on it, Mute by the up and coming New York filmmaking team known as A COLOR GREEN.    For those horror-hounds unable to catch a showing at one of the many film festivals it played, the filmmakers made a limited edition VHS.

I was intrigued of short’s VHS availability, the format treated more as a loving throwback to the genre.

The film itself is, refreshingly, not an overtly stylized tribute with forced picture tracking issues. The tape offered a unique approach to publicity, while the film was in distribution on the big screen.

There are, as of this writing, 10 copies left here. 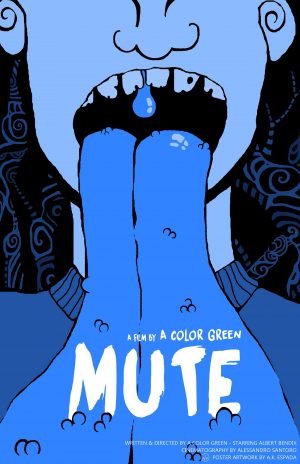 Contrary to the rough stylings of Kung Fury, Mute is actually a polished merge of chilly “Nordic” scary movie form with a psycho-killer function.

The titular Mute Man, played by the Scandinavian American Theatre Company’s Albert Bendix, enters that first frame of the forest in an outlying stage right, chasing after his terrified victim.

Make that victims, as it’s soon revealed that the maniac has managed to chain three unwelcome trespassers to a fallen tree trunk.

Mute’s set up, and the short sequence that is the film, is essentially what would typically be a climax in a slasher thriller.

But, it’s edited and designed with as much care and love for the genre that you’re left wanting more.

That’s a good thing, as I’m eager to see what’s next from the filmmakers.

After a year long film festival tour, MUTE is now available to watch free below from Vimeo.

In this article:Horror, Movie Review, Movies/DVD, Short Film, Watch This