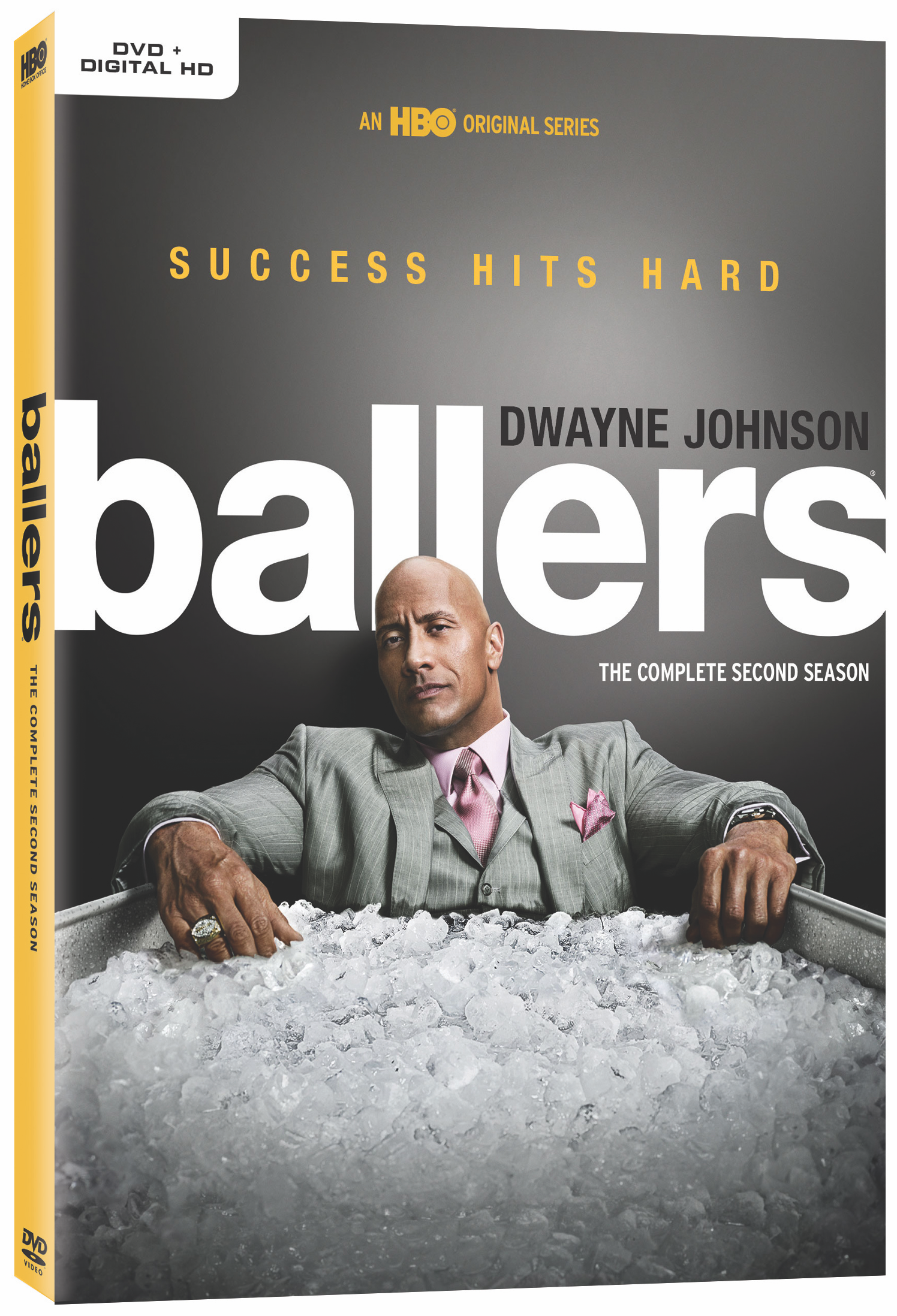 Spencer Strasmore (Dwayne “The Rock” Johnson) and his boys are back to “ball out” in Season 2 of the hit HBO comedy Ballers from the team behind the HBO classic Entourage. Johnson showcases his “movie-star charisma” (The Hollywood Reporter) in the series that looks at the whirlwind lifestyles and real-life problems of former and current football players in sun-soaked Miami.

Ballers: The Complete Second Season will be available on Blu-ray and DVD on January 31, 2017 and includes “Inside the Episode” bonus segments that give the play-by-play on all 10 episodes, featuring interviews with executive producer Evan Reilly, star Dwayne Johnson and more. DVD and Blu-ray versions also include a Digital Download.

In Season 2 of Ballers, things are getting more competitive and complicated for retired football star turned financial manager Spencer Strasmore. As the lines between professional and personal blur in his pursuit of lasting success and glory, Spencer must face demons from the past when he goes head-to-head with the biggest business manager on the scene. Meanwhile, Spencer’s closest friends and clients struggle to find their footing. A humbled Ricky (John David Washington, former pro-football player) explores his options as a free agent, while getting to know the father who left him behind; Charles (Omar Miller) tries to balance a new baby and his future in the game; and Vernon (Donovan Carter) deals with the consequences of his life off the field. Returning to help Spencer juggle lucrative deals and big personalities are his outrageous business partner, Joe (Rob Corddry), level-headed agent, Jason (Troy Garity) and girlfriend/sports reporter, Tracy (Arielle Kebbel). In a business where it’s go big or go home, Spencer and his crew are about to learn that having it all means being ready to fight for more dollars, deals and respect.

And we’re giving away 2 copies on DVD!

To enter, please send an email with the subject header “Ballers” to geekcontest @ gmail dot com and answer the following: