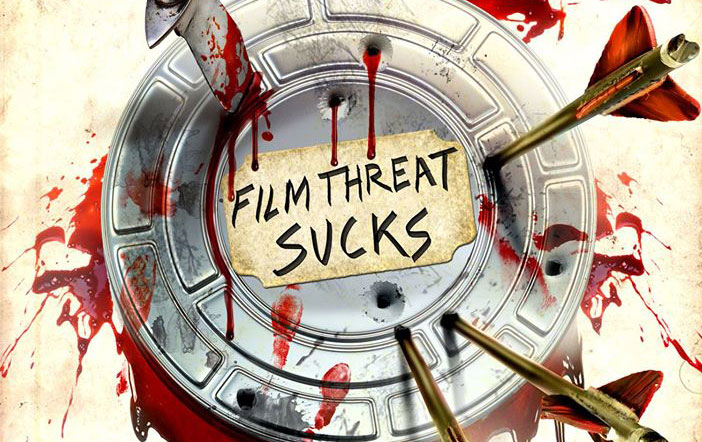 After its premiere 32 years ago, Film Threat is back.  The rogue brand that introduced film lovers to some of the great filmmakers of our time was relaunched today, maintaining its original goal to support and promote emerging filmmakers looking to make their mark as well as remind people that it’s not about the sequel.  Filmthreat.com will house reviews, features, interviews with emerging filmmakers and more, all without taking itself too seriously.  Film Threat’s announcement was made today by founder and principal Chris Gore.

“It’s hard to believe that Film Threat is back and I’m so excited,” commented Gore.  “Our number one reason for restarting Film Threat is the fans.  Over the years, they’ve asked me about Film Threat and without even realizing it, they’ve kept the brand alive.  So after a few challenges — nothing a true indie filmmaker hasn’t experienced — we got it together and I’m thrilled to announce our launch.  We also have a few fun projects planned and we hope you’ll follow our journey, share your stories and laugh with us along the way.”

Film Threat began as a xeroxed fanzine started by Chris Gore and Andre Seewood. Only 500 copies of the first issue were printed and then distributed on the campus of Wayne State University on February 6th, 1985. It was on that campus that Gore and Seewood earned a reputation as disruptors by playing pranks on the film department and even going so far as to fake Gore’s death to promote a film screening. Seewood left after a year and Gore continued to grow the magazine beyond its photocopied roots into a fully printed magazine.

Chris Gore moved the magazine to Los Angeles in 1989 and opened an office at the Cherokee Building on Hollywood Boulevard. In 1991, Larry Flynt acquired Film Threat which then split into two magazines – Film Threat was owned by LFP and Gore continued to champion underground filmmakers in the pages of the newsprint sister publication, Film Threat Video Guide edited by David E. Williams.

The Film Threat website launched just before the print magazine’s demise in 1996. Only two issues of this new incarnation were published; a third issue was completed but never made it to the printer. Gore expanded the Film Threat website offering an email newsletter that contained reviews and news. The site grew with extensive coverage of independent films and film festivals. Gore sold the website to Mark Bell in 2010. Bell headed up the site for the next five years with the rights reverting back to Gore in 2015. After an unsuccessful crowd funding bid in 2015, Chris Gore chose to shut down the site for good. Amid overwhelming public outcry over the site’s absence, Gore launched a new Kickstarter campaign in 2016, resulting in today’s announcement.