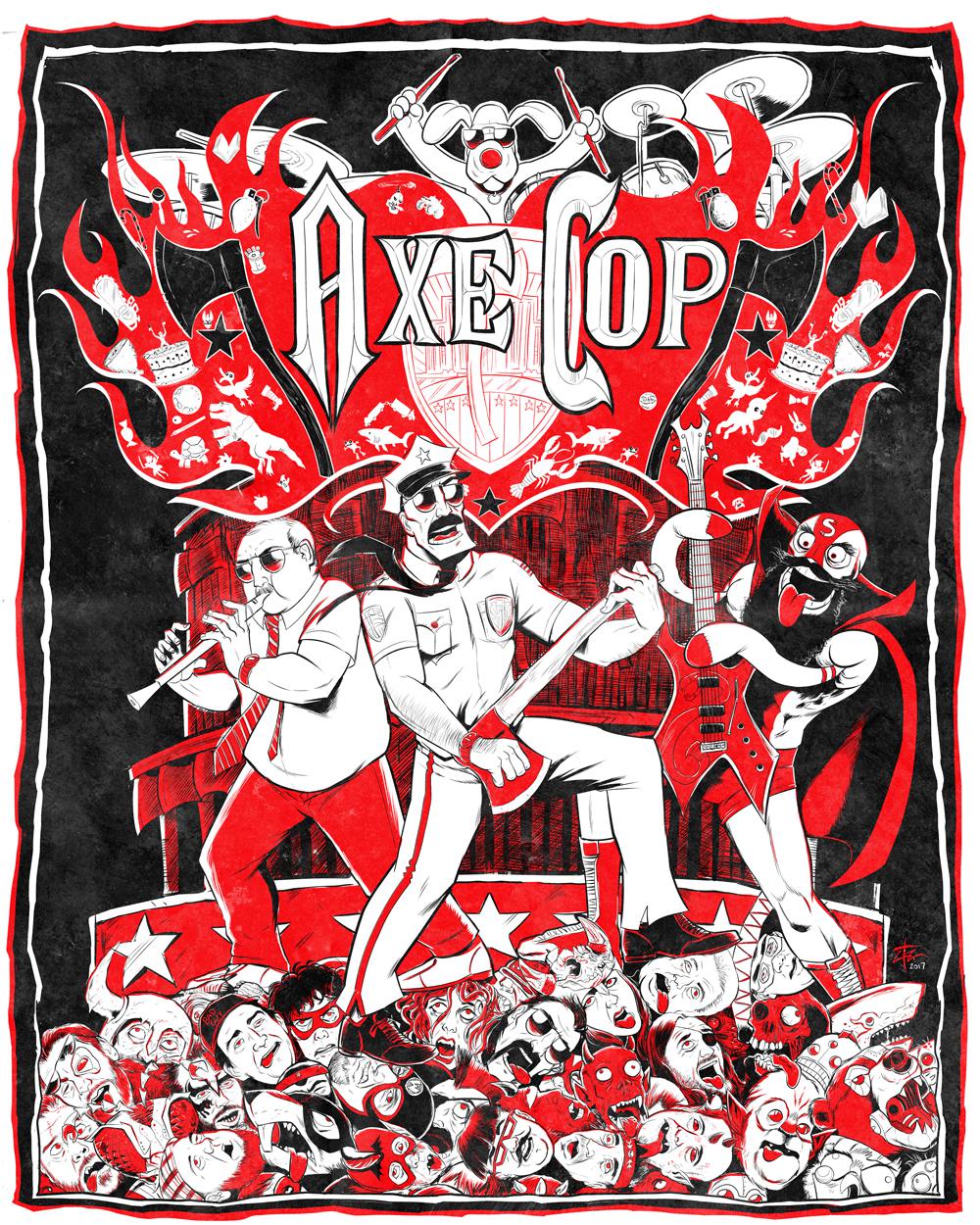 Seven years ago I created a comic with my five year old brother. It happened on a whim, when he said something that gave me such a clear mental picture I just had to draw it: A cop with an axe. Nothing could have prepared either of us for what would come next.

Who ever heard of a webcomic going viral?

Maybe the Oatmeal. But not something made by a 5 year old. I assumed the comic would be a drop in the ocean of content on the internet and go unnoticed by most, and that was OK with me. It was really fun to make.

If you know the story, it went viral. 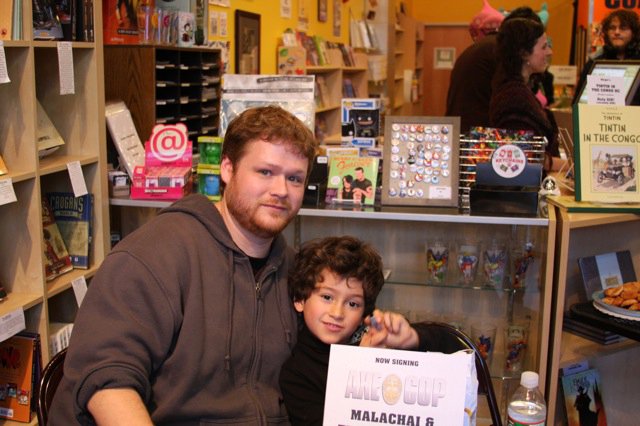 It became one of the most well known webcomics basically overnight, which was crazy. I was just dipping my toes in the webcomics pond and I never expected anything like that to happen. It wasn’t part of the plan.

Through that unexpected success, my brother and I embraced our partnership and kept making comics. We did short ones, medium ones and long ones. We did exclusive print series with Dark Horse Comics, animated shorts on YouTube and a TV series on FOX and later FXX. 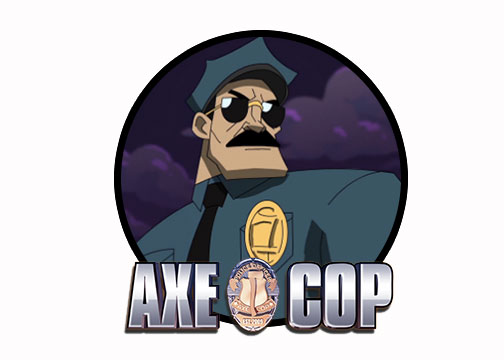 After six volumes of Axe Cop, Malachai hit age 10 and was much more into video games than writing comics. I think we both needed a break. I got a 3-year job writing for Dreamworks animation. I was now married with a family. Life had changed quite a bit for both of us.

Then, recently, we started talking about bringing him back. Axe Cop, the character, is so much more than a gimmicky web comic that laughs at things kids say. To me, he is like the Tick. He is a real character and we love him for the solutions he creates and the things he says. We wrote some Axe Cop TV episodes without much input from Malachai that I felt were still really strong Axe Cop stories.

I think they worked because we were working off of the well established character Malachai and I had put so much work into shaping. Now when Malachai and I write, we are writing that character.

I often got asked what I would do with Axe Cop as my brother got older. My basic answer was always “if it’s fun to make and fun to read, I’ll make it.” I always thought it would be interesting to revisit Axe Cop at different stages of Malachai’s life, just to see how the character develops.

The truth is, he always changed. Malachai was 5, 6, 7, 8, 9 when we made the initial Axe Cop stories. He was rapidly growing and changing throughout the process. That is one thing that is funny about Axe Cop, how confident he is, and yet how often he changes his story. 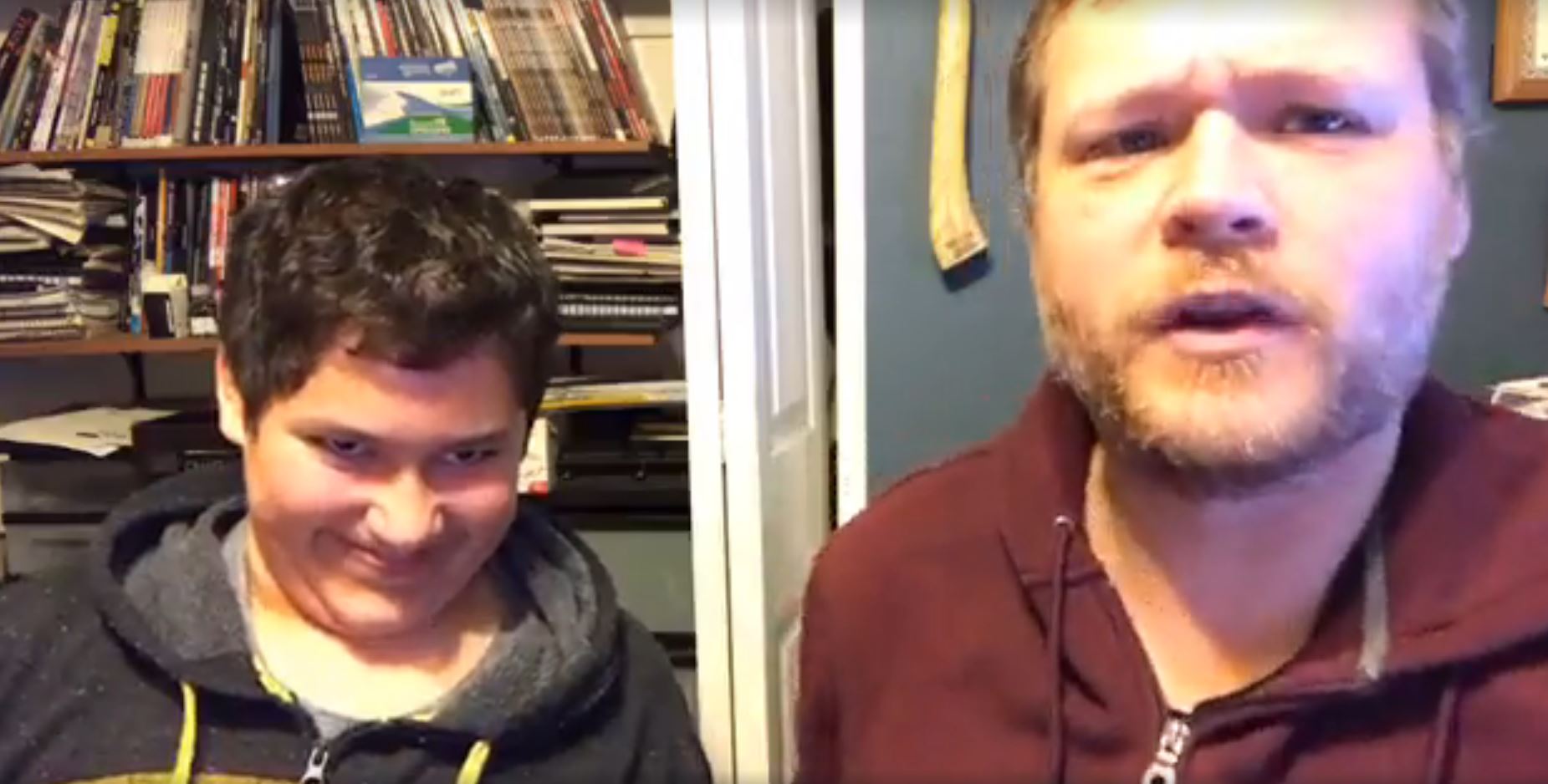 I had fallen in love with the music of Parry Gripp so I asked him a while back if he wanted to collaborate on anything. We talked about doing an Axe Cop collaboration, and now we are.

We’ve recently begun releasing a new “Ask Axe Cop” every Monday, and a new story page every Thursday. The new story is called “The Songster” and is about a pop singer with a demonic microphone who can sing things to life. The story is full of songs, and Parry is making those songs audible for us. Every time a new song posts on the page, an accompanying audio track is posted with it. We just posted the first one with page 3.

People ask how the process of collaboration with my brother has changed over the years. Not too much, to be honest. He has changed, for sure. But there is a chemistry that has remained with us creatively that sort of ignites whenever we start making stuff up. For one thing, I think that his unique childhood of being encouraged to flex his creative brainstorming muscles without reservation has developed that talent in him, because he still does it and he is good at it.

Our relationship was always more collaborative than the credits (written by Malachai, drawn by Ethan) let on, so in the new comics the credit simply says “by the Nicolle Brothers” because it’s closer to the truth. These comics are a product of a rapid fire back and forth between Malachai and me.

Throwing Parry into the mix has been a lot of fun. It’s required a little more planning on my part. I have to have the story mapped out far enough in advance so that he has time to make a song that will post the day that page goes up.

In the old days there were times I was finding out what happened next in an Axe Cop story the same week it got posted. But what is most fun about this process for me is hearing Parry’s songs as they come in. I really geek out because I am a genuine fan of him, so the idea that he is making songs to go with my work is a huge treat.

I hope people will give the new Axe Cop comics a read. We’re having a lot of fun making them and Parry’s songs are awesome. While they’re at it, I have another ongoing webcomic called Bearmageddon that updates every Wednesday and a joke strip called Frontkick  that updates every Friday.