Kino Lorber proudly announces the releases of four Buster Keaton comedy classics, THE GENERAL, THREE AGES, STEAMBOAT BILL, JR. and COLLEGE, each mastered from new 2K restorations by Lobster Films. The films will be released as 2-disc, double-feature sets (THE GENERAL/THREE AGES and STEAMBOAT BILL, JR./COLLEGE), each packed with an array of special features such as audio commentary, introductions to the films, and special short subjects. 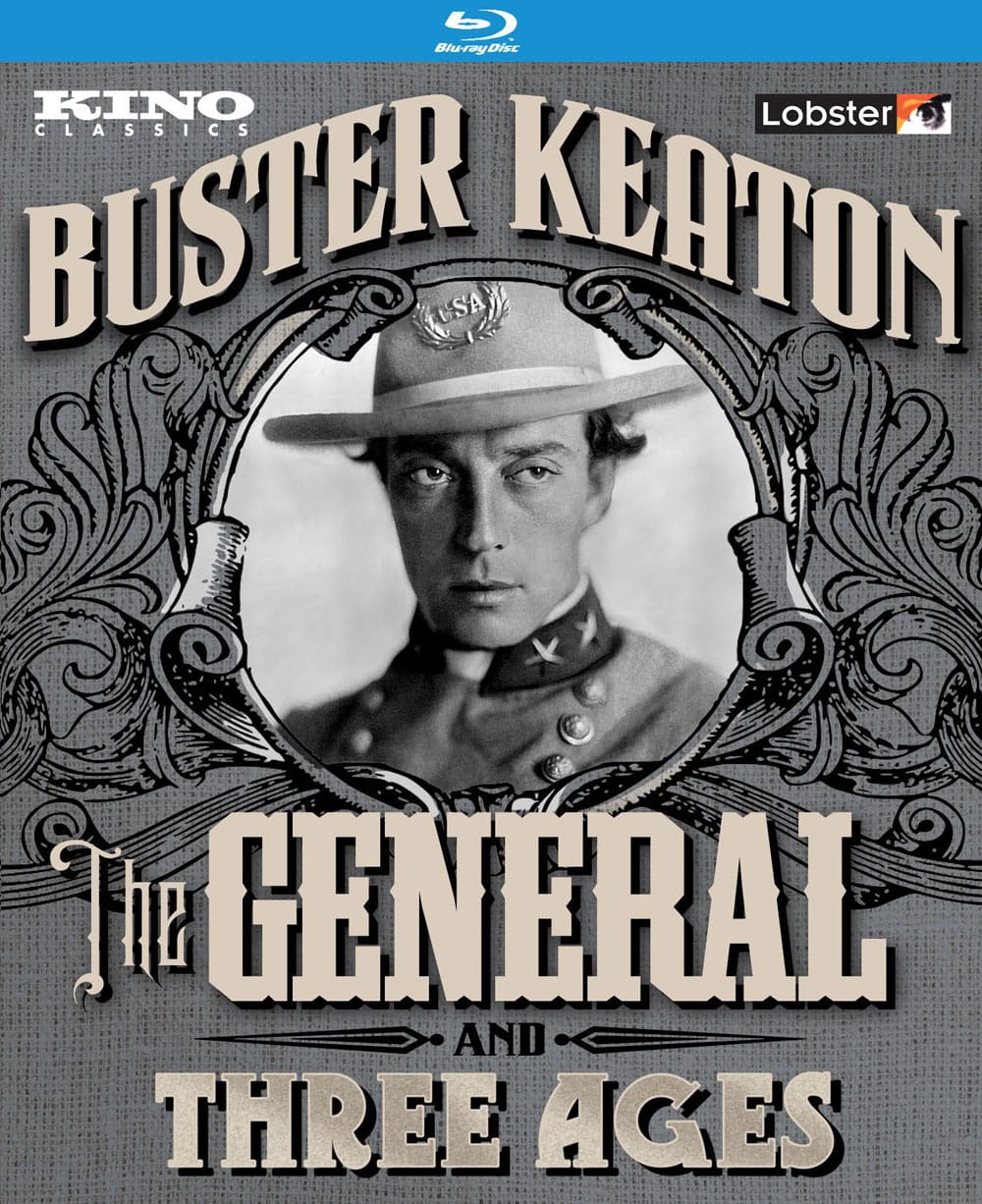 Considered by many to be Keaton’s masterpiece, THE GENERAL tells the story of an engineer who bravely journeys behind enemy lines during the Civil War to recapture his stolen locomotive. Filled with breathtaking physical comedy, expertly-staged chases, and an astonishing sense of historical authenticity, THE GENERAL remains not just one of the finest of all silent comedies, but one of the finest of all films, from any era.

This edition features a choice of two orchestral music scores: one by Robert Israel, the other by Joe Hisaishi. Special features include audio commentary by film historians Michael Schlesinger and Stan Taffel, filmed introductions by Orson Welles and Gloria Swanson, and “Return of The General”, a vintage short film on the restoration of the legendary locomotive.

THREE AGES is Keaton’s first feature-length comedy, structured as a parody of D.W. Griffith’s Intolerance, with the story of a hapless young man’s quest for love taking place in three distinct historical settings (the Stone Age, Ancient Rome, and a modern city). This edition includes a choice of two scores, one by the Mont Alto Motion Picture Orchestra, and the other by Robert Israel. Special features include rare television appearances by Buster Keaton, including a vintage Alka-Seltzer commercial and a Candid Camera segment, plus Man’s Genesis (1912), a D.W. Griffith short parodied in THREE AGES. 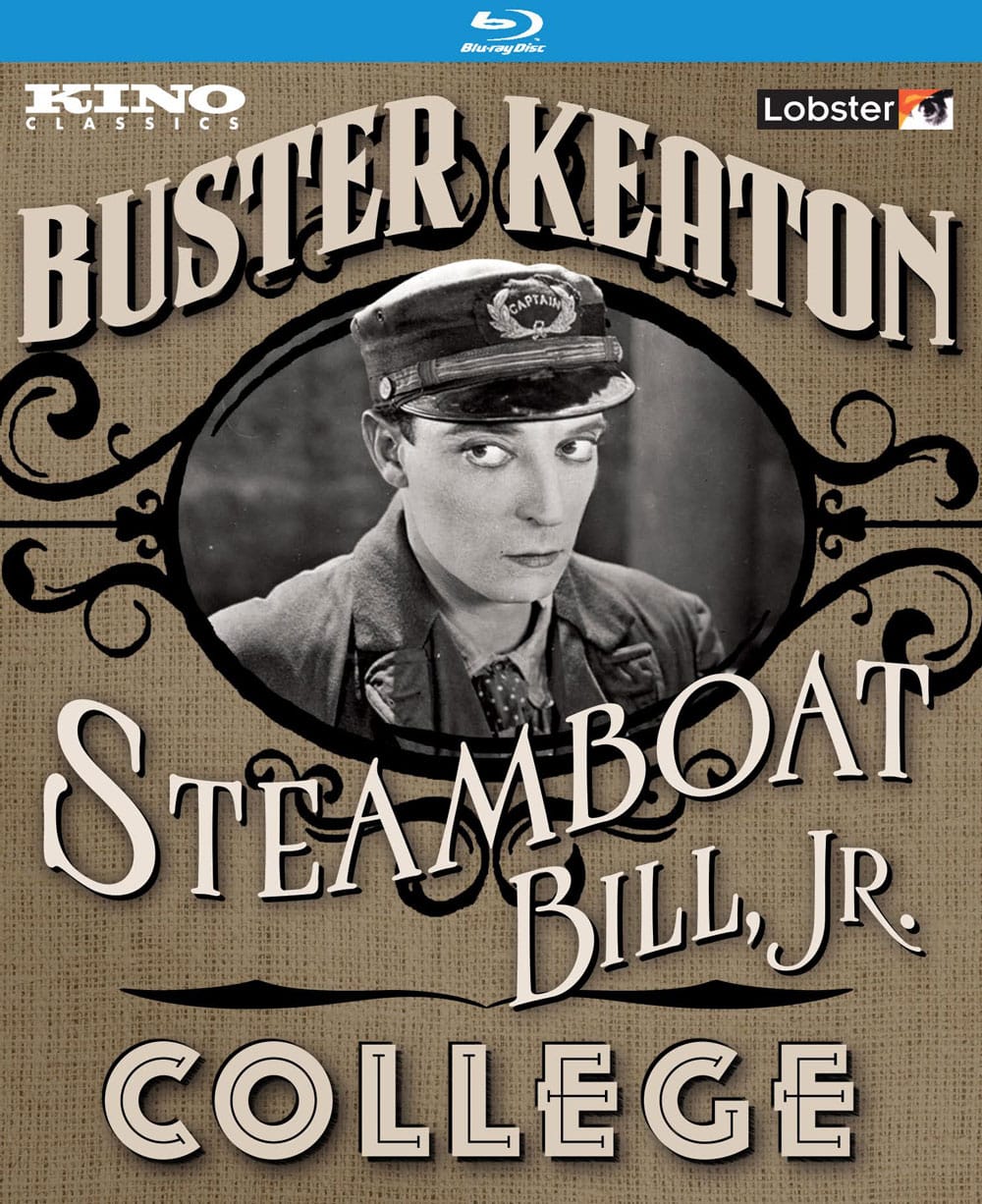 STEAMBOAT BILL, JR. was Keaton’s last independently-produced silent comedy, and also one of his best. He plays the effete son of a tough riverboat captain (Ernest Torrence) who struggles to earn his father’s respect, as well as the love of the daughter (Marion Byron) of a rival riverboat captain. The film is best remembered for its climactic cyclone sequence, which features one of Keaton’s most impressive stunts.

COLLEGE stars Keaton as a bookish student who attempts to win the heart of the girl he loves by proving his athletic prowess. This edition features a choice of music by the Mont Alto Motion Picture Orchestra and an organ score by John Muri, plus audio commentary by Rob Farr, a tour of the filming locations, by John Bengtson, author of Silent Echoes, an introduction by Serge Bromberg, a filmed introduction by Lillian Gish, Run, Girl, Run, a 1928 collegiate comedy starring Carole Lombard, and the industrial short The Scribe (1966), Keaton’s final on-screen performance.