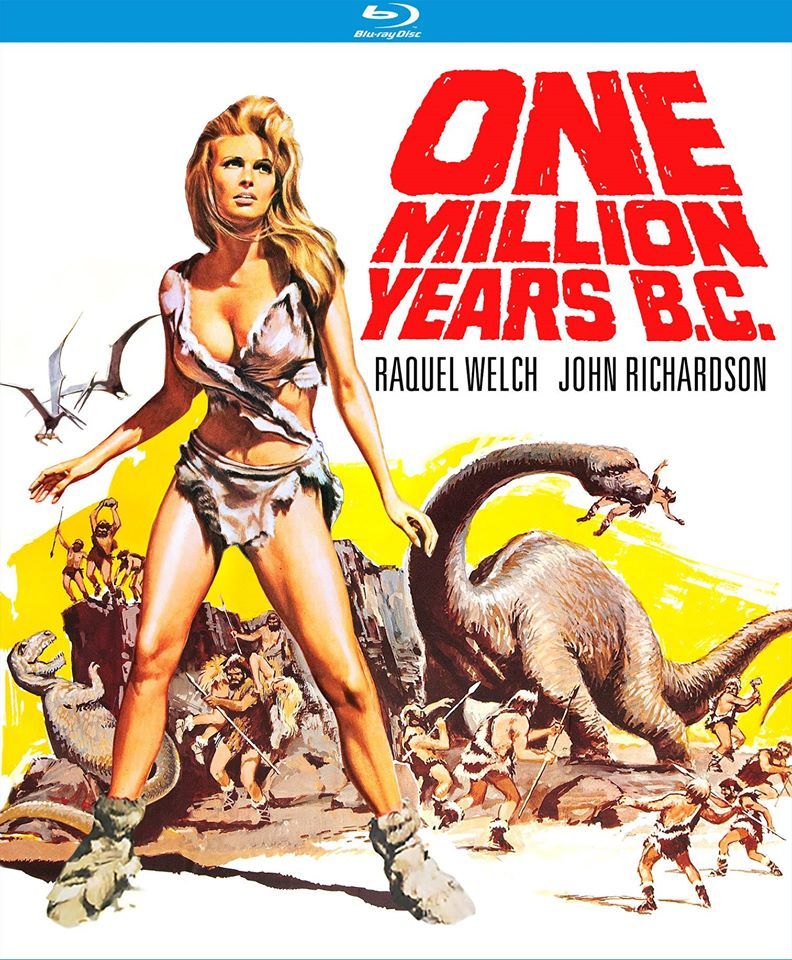 Kino Lorber Studio Classics proudly announces the Blu-ray release of the 1966 science fiction classic ONE MILLION YEARS B.C., starring Raquel Welch and John Richardson. Long considered a favorite of sci-fi and monster movie fans, this thrilling prehistoric drama features memorable creature designs and dazzling effects created by the legendary special effects master Ray Harryhausen. This 2-disc Blu-ray set presents both the international and U.S. cuts of the film, in a brand new 4K restoration.
In this vivid view of prehistoric life, a man from the vicious Rock People, Tumack (John Richardson, Black Sunday) is banished from his home, but soon finds himself living among the kind, gentle Shell People There, he falls in love with the beautiful Loana (Raquel Welch, 100 Rifles, Fuzz, Fathom), in the role that made her an international sex symbol and a major star. The two decide to strike out on their own, living by their wits in a deadly land of treacherous beasts and unknown dangers, leading to a thrilling climax by the edge of an angry volcano.
The stunning primeval creatures were created by the legendary special effects wizard Ray Harryhausen, The Beast from 20,000 Fathoms). ONE MILLION YEARS B.C., a true science-fiction classic, was directed by Don Chaffey (Jason and the Argonauts) and featured a strong supporting cast that included Martine Beswick (Thunderball), Robert Brown (The Living Daylights), Percy Herbert (Too Late the Hero), and Yvonne Horner (Prehistoric Women). The 100-minute international cut and the 91-minute U.S. cut are both included on this Blu-ray.
ONE MILLION YEARS B.C. becomes available on Blu-ray tomorrow, February 14, with a SRP of $29.95. Special features include the 4K restoration of the 91 minute U.S. cut, audio commentary by film historian Tim Lucas, “In the Valley of Dinosaurs” – an interview with star Raquel Welch, an interview with SFX legend Ray Harryhausen, interview with actress Martine Beswick, animated montage of posters and images, and trailers.