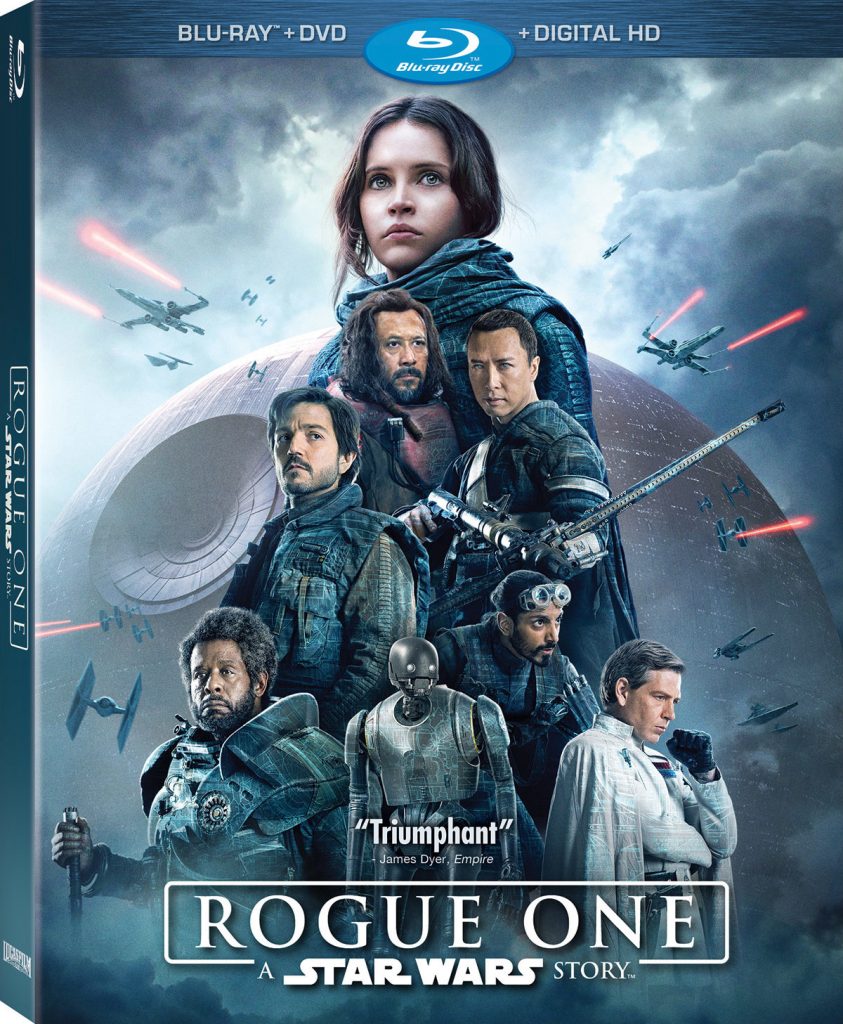 Announced today on The Star Wars Show and StarWars.com, “Rogue One: A Star Wars Story” will be coming home on Digital HD on March 24th and Blu-ray on April 4th.  This news comes on the heels of the start of production announcement of the untitled Han Solo Star Wars Story.  “Rogue One” has established its place within the Star Wars universe and the hearts of moviegoers, becoming the seventh highest-grossing film of all time in the U.S.

In a time of conflict, a group of unlikely heroes band together on a mission to steal the plans to the Death Star, the Empire’s ultimate weapon of destruction. This key event in the Star Wars timeline brings together ordinary people who choose to do extraordinary things, and in doing so, become part of something greater than themselves.

Arriving early on Digital HD and Disney Movies Anywhere on March 24, and on Blu-ray™ Combo Pack, DVD and On-Demand on April 4, the release includes never-before-seen “Rogue One” bonus material that will take fans behind the scenes with the movie’s diverse, dynamic cast and inspired team of filmmakers. An intimate collection of stories reveals how the film came to life, as well as hidden Easter Eggs and film facts that audiences may have missed in the theater.

“Rogue One: A Star Wars Story” is directed by Gareth Edwards and stars Felicity Jones, Diego Luna, Ben Mendelsohn, Donnie Yen, Mads Mikkelsen, Alan Tudyk, Riz Ahmed, with Jiang Wen and Forest Whitaker. Kathleen Kennedy, Allison Shearmur and Simon Emanuel are producing, with John Knoll and Jason McGatlin serving as executive producers. The story is by John Knoll and Gary Whitta, and the screenplay is by Chris Weitz and Tony Gilroy. “Rogue One: A Star Wars Story” opened in U.S. theaters on December 16, 2016.